Is Justin Trudeau Attacking Our Manhood With Feminization Of Canadian Males? 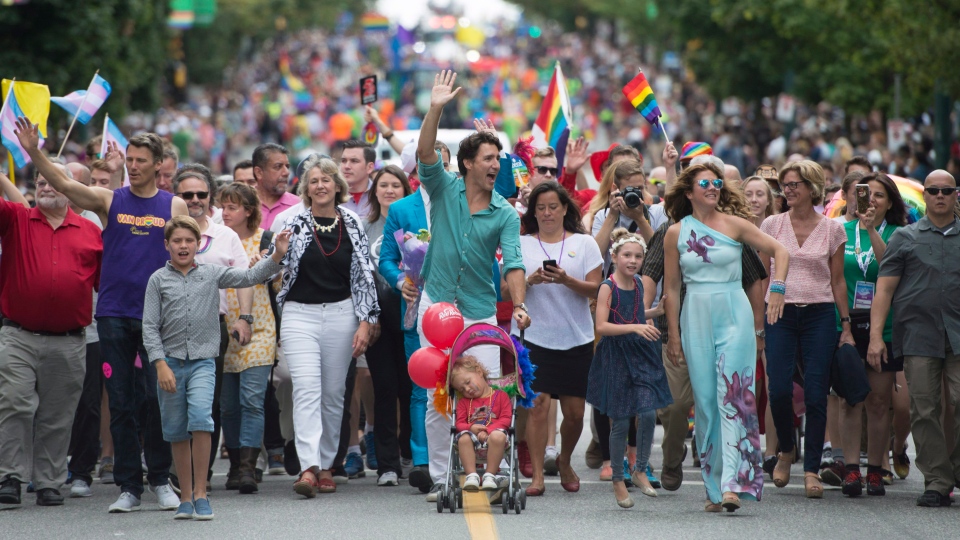 Justin Trudeau is nothing if not the greatest curiousity in Canadian political history. Nearing the end of his four-year term as prime minister, Mr. Trudeau has fully dedicated himself to the feminization of the male species in Canada.

According to Post Millennial News, not including the $30 million budget dedicated to protecting and advocating for foreign-born LGBTQ2+ individuals, the 2019 federal budget reveals that at least $20 million has been invested for the purposes of supporting capacity-building and community-level work of LGBTQ2+organizations across the country and further growing such organizations. With that said, it isn’t unusual for government spending to exceed their initial budgets, so the costs may be much greater.

Frankly, this is merely the tip of the iceberg. To list off all the LGBT-promoting events Trudeau promoted would take the entire length of this article.

CAP tend to focus on aspects of social issues establishment media shun. Here is an example: Why does Justin Trudeau so vehemently push all aspects of LGBT agendas?

After all, one primary result is the “feminization” of the male species. How can anyone– straight or gay– deny such thing? In CAP opinion, Trudeau has strong-armed our nation into trans-itioning to Gay Army Nation of thre western world.

LGBT results in a depletion of masculinity in Canada. Trudeau & Co. push the concept of men dressing in women’s clothes. They promote the homosexual lifestyle, as well as transgenderism for males– of ANY age.

Masculinity, manhood are a no-no. Canada must be a nation of feather-weight, effeminate men prancing around in Malho Blanek pumps. It’s all so insane– including the ridiculous manner in which Justin’s media puppets go along for the ride.

Ever research the side-effects and health risks of transgender surgery and sex change hormone therapy? No worries–you are not alone. Neither have 95% of Canadians. Pourquoi? Because the CBC, Globe & Mail, and the rest refuse to inform you of the truth regarding these government-sanctioned practices.

In addition to these initiatives, the federal government has expressed a desire to fund, develop, and perpetuate cultural events across Canada, specifically Pride events. This desire has led to the federal government making multiple million-dollar pledges to various organizations involved with organizing Pride parades across the country.

According to Mélanie Joly, Minister of Tourism, Official Languages and La Francophonie, these investments are part of a broader goal of expanding the tourism sector by reaffirming Canada’s support of LGBTQ2+ persons and events to attract LGBTQ2+ persons from all over the world.


Holy Cow–such fervent, relentless financial and ideological support for a policy no one voted for. How more obvious can it be that this Trudeau character is gunning to homosexual-ize our nation. Truth is, it could be much more obvious. It isn’t because Justin Trudeau now controls Canadian media(communism). As a result, what government do not want the public to comprehend, Canadians will not learn by way of establishment media.

Canadian men in dresses. Canadian boys in drag. Cross dressing championed, transgenderism promoted. Yet throughout the entire agenda, not a single word about the de-masculization of the male species.

How curious. Certainly the so-called baby-boomer generation would look upon this as a truly sad-state of affairs. For those born in the post- World War 2 years, we recall a time when masculinity was seen as virtue. In 2015, Justin Trudeau killed this concept.

Okay, so Humphrey Bogart and Cary Grant are not exactly household names these days. Yet, there was a time when, as the saying goes, “men were men and sheep were sheep.”

Under King Justin, not only are men not men, but government felt it important to alter legislation regarding bestiality in Canada. “How bizarre” stated Andrew Coyne of the Globe & Mail. “Insane” cried CBC’s Ian Hanomansing– not.

All gay–all the way. All 100% devoid of democracy–just like Trudeau’s ubiquitous dedication to the Nation of Islam. What an incredibly ODD situation. The Trudeau government maintain the same obsessive, protective approach to an ancient religious ideology that condemns homosexuality and transgenderism in no uncertain terms.

Justin Trudeau–odd ball of the century says Toronto Star. Yes– in a common-sense Canadian’s dreams. Instead Torstar spend their time rationalizing Trudeau’s breach of the law regarding SNC-Lavalin.

Here’s the deal: Cultural Action Party of Canada (CAP) believe in manhood. We also believe King Justin’s push to feminize Canadian males is a component of a larger, globalist agenda of destruction.

Think about it–for every male who transitions to female, they are also destroying their ability to reproduce. Now, why would the government of a nation with an aging population and workforce promote the degeneration of male reproduction? Can it be for the same reason Canada’s King of Kings back no-term-limit abortion?

It’s a darn mystery, yet when asking a simple question no one will answer will help– what segment of the population most indulges in abortion, homosexuality and transgenderism.

Now, things get interesting. One thing we know with certainty is that government will NEVER expose this to the public. Therefore, we are forced to guess. Considering that CAP has been writing about and following issues of this nature for decades, perhaps our opinion has validity.

The reason is because the bulk of these people are Old Stock Canadians, and their children. I mean, let’s get real for a minute here: are Canadians to believe that it is our Sikh, Chinese, Islamic, Korean, Philippino, Pakistani, and Iranian Canadians who most indulge in transgenderism and abortion? Not a chance.

Rather, it is Anglophone and Francophone Canada who most indulge. Bingo–there is your answer. The 30,000 foot view of the matter is that the entire affair is one of population control.

For CAP, this is Justin Trudeau. It is also Immigration Minister, Somalian import MP Ahmed Hussen. From here, to communist Gerald Butts. From there, to billionaire international financier George Soros and his globalist banking cabal. United Nations as well, they being the premier anti-democratic, western nation-destroying entity on earth.

Yes, folks, this is true post-modern Canada of which King Trudeau speaks. The entire affair is giant pig-circus, with Justin Trudeau playing the role of puppet-clown of the century.