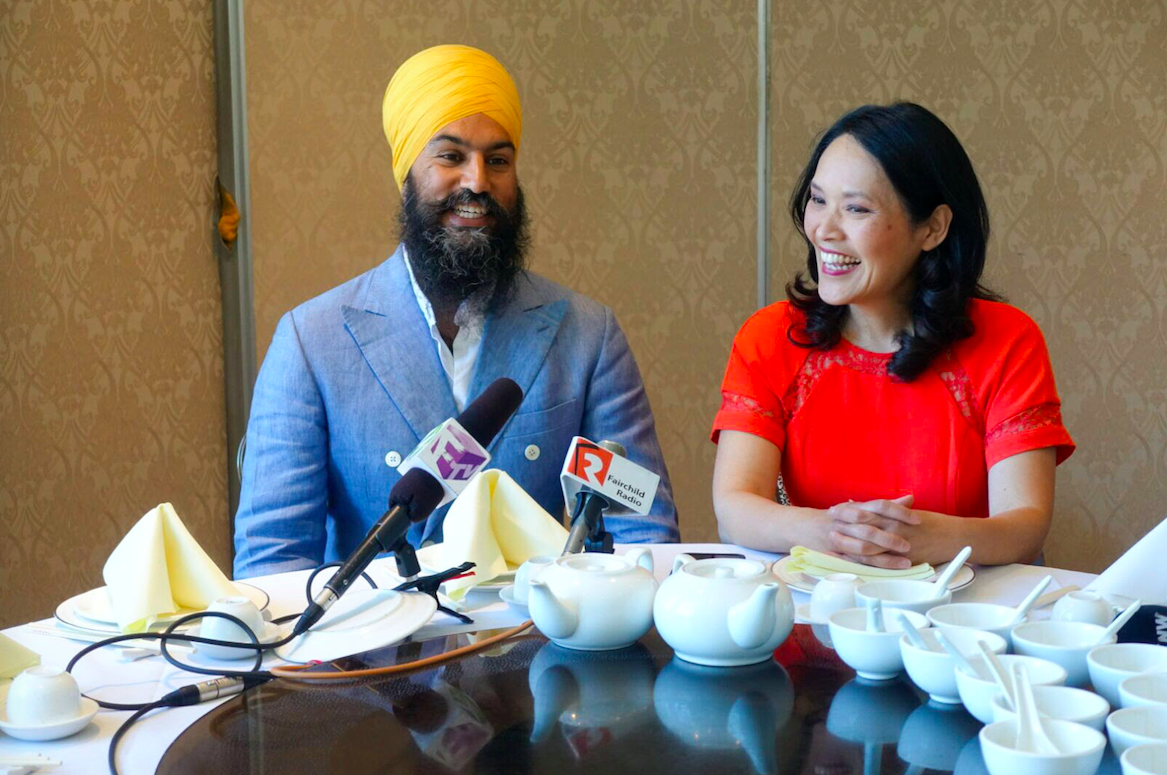 However, as Canadians have observed over the past 30 years, Prime Ministers such as Chretien, Martin, Harper and Trudeau have refused to end Canada’s high and unnecessary immigration intake. As a result, the interests of recently-arrived immigrants such as Muslims, Sikhs, Chinese and others have taken priority over the needs and interests of Canada’s majority population. In other words, the question that most recent PM’s have dealt with is not “Should we bootlick?”, but “Can we get down to bootlick faster than our opponents?”

All those PM’s have degraded the PM’s office and the entire country with their boot-licking. With only four years in office, Justin Trudeau has out-done all of his boot-licking predecessors. And, contrary to what Trudeau thinks, boot-licking is not something to be proud of.

As for MP’s, most people who aspire to become one have abandoned the traditional idea that immigration should serve the interests of Canada and its majority population. For example, the contrast between the nationalist immigration views of the NDP’s founder (J.S. Woodsworth) and the NDP’s recently-elected leader, Jagmeet Singh and other NDP MP’s such as Jenny Kwan is one of many examples of how disgraceful politicians’ behaviour has become.

Singh is an ethnic Sikh and Kwan is an ethnic Chinese. Their primary loyalties are to their ethnic groups, not to Canada. Their primary goal is to increase the numbers of their groups through high immigration. Kwan demonstrated that several months ago in her role as the NDP’s immigration critic when she led a charge to remove health restrictions on immigrants.

Essentially, Kwan argued that if a potential immigrant is sick, Canada should not prevent that person from entering Canada. In her view, such a practice would discriminate against sick people!! That view is one that NDP founder Woodsworth and traditional NDP’ers would have vehemently opposed.

Kwan went even further. She spoke in favour of a new law that establishes every April as Sikh Heritage Month. To most Canadians, the biggest “heritage’ that Sikhs have in Canada is the bombing of Air India, an incident that killed 329 Canadians. Why is this group, whose members are responsible for the largest mass murder in Canadian history, to be honoured? If anything, they should rot in Canada’s “Hall of Shame” forever.

Kwan may have heard Woodsworth’s name, but she definitely knows little about the traditions bequeathed by Woodsworth and the early NDP to her political party and to Canada. Woodsworth was a Canadian patriot who was very proud of Canada’s founding French and UK settlers. Woodsworth revealed his nationalist outlook about immigration in his 1909 book titled “Strangers Within Out Gates”.

Like the current NDP leader and many NDP MP’s, Kwan has probably never even heard of Woodsworth’s book, let alone read it. In her most notorious statement as an elected politician , she defended Chinese Immigrant Entrepreneur tax evaders when she stated : “The Chinese are very private about their money.” When some legislators discussed a law to make Chinese millionaire immigrants pay their share of income taxes, Kwan objected :”This law (against Chinese tax evasion) goes against our culture.”

As for Singh, in his acceptance speech as the new NDP leader, he virtually declared that Canada’s two founding groups had no right to be in Canada. In his contempt for Canada’s majority population, Singh has obviously alienated NDP donors and probably tens of thousands of traditional NDP voters. In fact, Jagmeet and his clawing and grasping Sikh supporters, in their crude grab for power, may well turn the NDP into dog meat in the Fall election. Jagmeet himself could well become dog meat.
In his 1909 book,  Woodsworth foresees that immigrants are becoming a political force and that their interest in getting the franchise and in voting will make them a stronger force in future. He quotes American researcher Preston F. Hall on immigrants impact on the U.S. :

The heterogeneity of these races tends to promote passion, localism, and despotism, and to make impossible free co-operation for the public welfare. (P.208)

Trudeau and other politician boot-lickers should take special note of Woodsworth’s support of Preston. What Preston and Woodsworth are saying is that Diversity is not the strength of immigrant-receiving countries. In fact, it is a significant societal weakness which leads to passion (= violence), localism (= the triumph of local tribal concerns over national ones) and despotism (= an overall lack of social cohesion).

In addition, Woodsworth is saying that the lack of social cohesion can lead to the break-up of countries who currently allow extremely foolish and naive high immigration intakes.