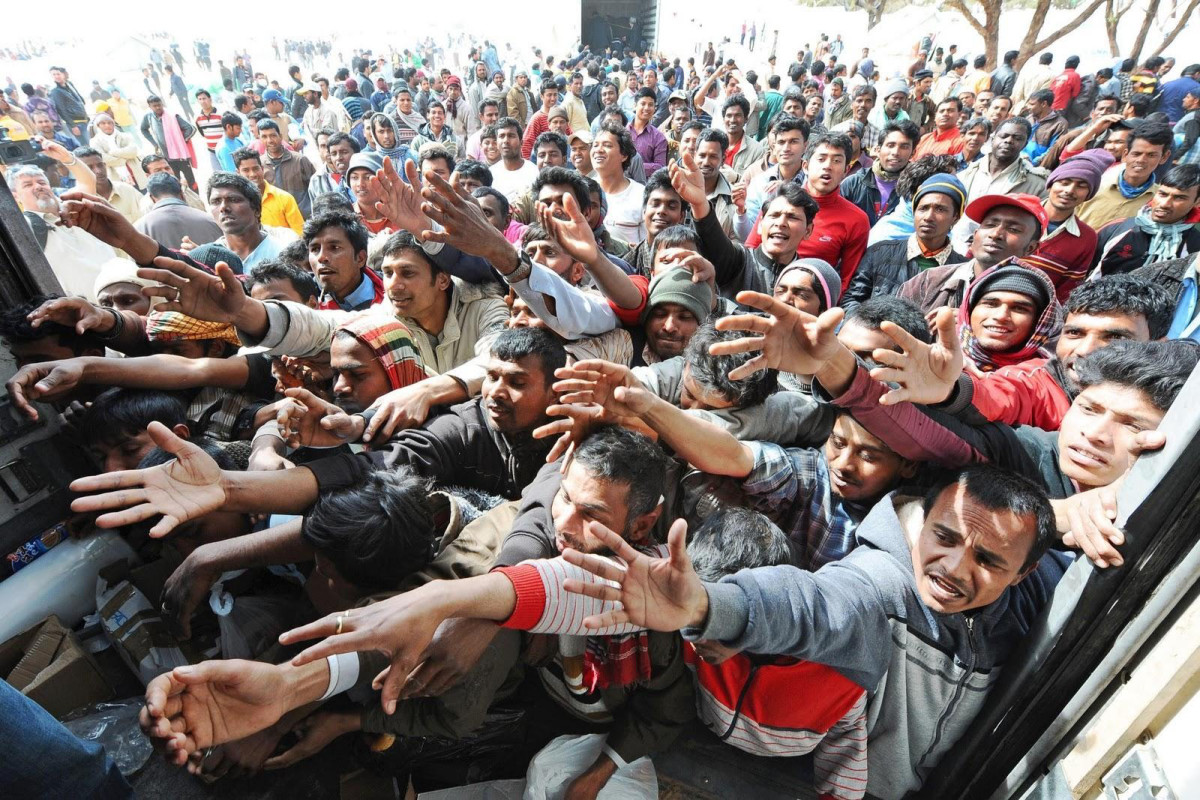 The Fundamental Right to Freedom of Association

In the language of natural law, which has unfortunately been distorted beyond recognition by liberal demagogues, marrying one’s own race and living among one’s own kind are the most fundamental negative rights. Freedom of association lies at the heart of a truly free and democratic society; only the vigorous preservation of this freedom can maintain the racial homogeneity necessary for the flourishing of free institutions. With freedom of association comes the freedom to discriminate. Individual liberty and moral autonomy historically necessitated anti-miscegenation laws, the Supreme Court’s “separate, but equal,” racial restrictions on citizenship and immigration, literacy tests for voting and rejection of women’s suffrage; paradoxically, the repeal of this legislation was an attack on individual liberty in the name of leftist mob tyranny.

If all non-whites have the right to freedom of association in their own countries, which they freely exercise because they have not unilaterally disarmed themselves by extinguishing their own racial consciousness, then whites must also have the same right. It should come as no surprise that the liberal totalitarian has long ago discarded negative rights; this is because they constitute a significant impediment to the implementation of multicultural policies. Liberal managerialism and Lockean natural rights are mutually incompatible.

To the race-conscious white man, the loss of freedom of association is a fate worse than death. Can you imagine not being able to voice your own opinions on replacement migration because of elite totalitarian control of the mass media? Can you imagine being shouted down and harassed at every moment as a racist for demanding something taken for granted by non-whites? The non-white invaders are not nearly as empathetic or compassionate as whites; they cannot even begin to fathom white suffering in the face of genocidal Third World immigration. If the right to freedom of association is a fundamental one, then its denial through unwanted mass non-white immigration is a criminal act on the part of lawmakers.

The Reality of the “The Great Replacement”

No one, except the most indoctrinated multiculturalists, can deny the reality of the “Great Replacement.” This is an act of self-immolation that has lowered Western standards of living. Only our mostly dim-witted elites would see this as cause for celebration, while hiding behind armed bodyguards in heavily fortified compounds; better to be insulated from the corrosive effects of imported diversity than engage the electorate in serious debate as to its merits.

The hostile globalist elites have granted the West’s historic enemies a free hand in Western Europe and North America to rape, murder, and pillage. For example, Moslems pose a significant threat to the stability of the West. The Koran, which calls for the indiscriminate killing of infidels, is best described as a blueprint for world domination. Violent jihad is a religious obligation, which means that Moslems are far more likely to commit acts of terrorism than any other ethno-racial or religious group; in the United States alone, Moslems are 1% of the population, but have been responsible for 27% of all violent extremist incidents from 2001 to 2016; this means that they are 27 times more likely to commit terrorist offenses than the general population. Moslems are hostile invaders who wish to kill all unbelievers or force them to pay the jizya tax and submit to dhimmitude under a Moslem Caliphate based on Shariah law. This is a depraved and vicious act, perpetrated by globalists against their subject populations, one that cries out for justice in a court of law.

If a dog fatally mauls a child or a woman, the owner is charged with murder. This is especially true in cases involving negligence and reckless disregard for public safety. Of course, the dog is not responsible for mauling the child; millions of years of canine evolution have genetically predisposed the animal to aggression directed at unfamiliar humans and dogs. The same goes for Moslem immigrants who gang rape, murder or commit acts of terrorism in Western Europe and the Anglosphere. These foreigners do not deserve most of the blame for gang-raping or terrorizing whites, or even dispossessing them of their schools, hospitals and cities; their low IQ, high rate of inbreeding, strong ethnocentric tendencies and penchant for testosterone-fueled aggression mean that they are largely under the control of instinct. The Moslem invaders have less autonomy than whites, which significantly diminishes their capacity to accept responsibility for their actions. The proper course of action is to look at who let the non-whites into the country, just as the proper course of action in the case of the killer dog is to find out who the owner is.

We must ask ourselves:

We must keep asking ourselves these questions until we come to the real culprits behind genocidal Third World immigration: the “democratically elected” politicians of the various multi-party dictatorships in the West that supposedly represent the will of the common people.

When immigrants gang rape or terrorize whites, the real gang rapists and terrorists are not the unwanted non-whites, but the politicians of Western Europe and the Anglosphere. In France, if a group of non-whites gang rape and then murder a white woman or girl, it is not the non-whites who are primarily responsible; on the contrary, the real gang rapists and murderers are Emmanuel Macron, his Council of Ministers and the French parliament. In Germany, if a group of non-whites carry out a terrorist attack that maims or kills dozens of innocent civilians, it is Angela Merkel and the entire Bundestag who are the real terrorists and murderers. They let those non-white foreigners in and forced whites to live around them, well aware of the many dangers Third World immigration poses to unwary or unsuspecting whites.

For every immigrant who is charged with gang rape, murder or terrorism, the politicians, immigration officials and others responsible for allowing non-whites into the country, should also face charges of rape, murder or terrorism. As custodians of the state, the hostile elite should be intelligent enough to know that ceaseless, massive and indiscriminate importation of racially incompatible and unassimilable foreigners will cause significant problems for the host society. Indeed, Western leaders and immigration officials would think twice before importing Africans, Moslems and other foreigners into their own countries if they were held accountable for their actions by the criminal courts. If such had always been the case, the demographic transformation of the West would not have proceeded with such rapidity and without public debate. Even in cases where the foreigners neither rape, murder or commit acts of terrorism, Western leaders are still not absolved of their actions; for every historic white community that has been ethnically cleansed by mass immigration, those leaders and immigration officials behind it should be hunted down and prosecuted for crimes against humanity, namely genocide.

After WWII, the leading Nazi war criminals were rounded up and tried at the Palace of Justice in Nuremberg. The city was chosen by the victorious allies for its symbolic significance; the birth of the Third Reich was accompanied by the pomp and pageantry of the massive propaganda rallies that had been annually staged in the city; if Nuremberg witnessed the birth of Nazism, the city would also witness its death throes. Just as Nuremberg was selected to be the final act in the Wagnerian tragedy of Nazism, so the main airports in all globalist-occupied Western nations should be reserved for the trial of the globalist elite. These airports imported the great mass of non-whites into the West, so they were of instrumental significance in the establishment of official multicultural policy in all globalist-occupied Western countries. Special prisons and courthouses near all of the main airports, surrounded by moats, walls, pillboxes and military checkpoints, would have to be constructed to feed, house and medicate the globalist leaders as they await trial for treason and crimes against humanity.

The globalist traitors merit Nuremberg-style justice far more than the Nazis, who at least didn’t ethnically cleanse their own people and destroy their own nations through mass invasion, miscegenation and race war. Since 1948, when the hostile elites inaugurated their program of genocidal mass non-white immigration, there have been a seemingly endless series of gang rapes, murders, riots and terrorist attacks across Western Europe and the Anglosphere; in addition, the mass invasion of non-whites has been used by elites to ethnically cleanse whites from their own schools, colleges and universities, hospitals, neighborhoods, towns and cities. As long as the white man remains asleep, this process of destruction will continue until there is nothing left to demolish.

But what should happen if there is a resurgence of white racial consciousness before the multiculturalist destruction of all Western societies has been completed? This is why the elites have now embraced a policy of “multicultural accelerationism”; they must do everything in their power to speed up the pace of mass non-white immigration by making it as indiscriminate and as massive as possible; in Canada, for example, mass immigration has increased from 150,000 annually in the early 1990s to over 300,000 in 2018; this will increase to over 400,000 in the near future.

Like all governments throughout history, the globalist elite will not be in power forever. Because their time is limited, Western Europe and the Anglosphere must be destroyed as quickly as possible before anyone is able to stop them and reverse their destructive mass immigration policies.