The Secret Of The Family Farm 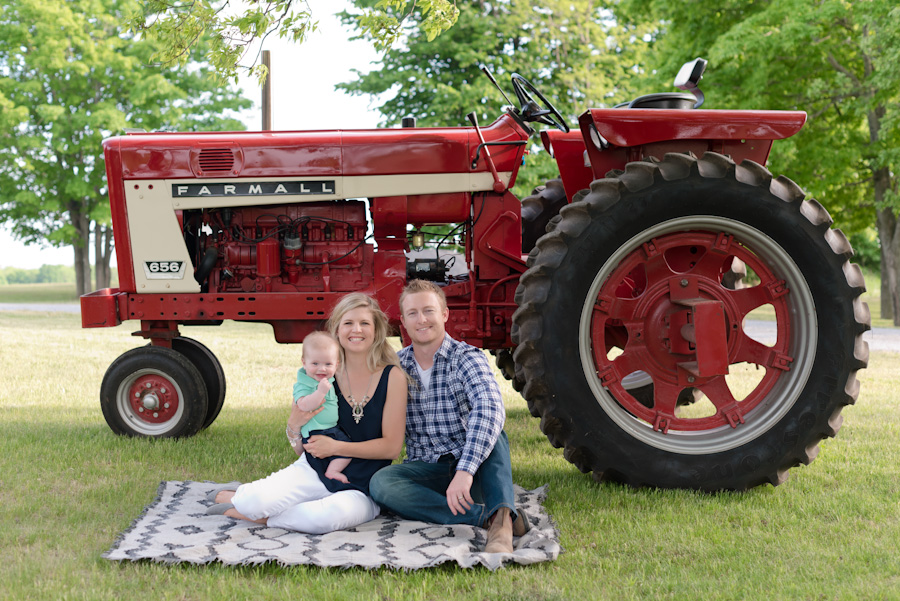 Most city dwellers think farmers are farmers because they like farming. And while it’s true they are close to nature, and do enjoy some of it, that’s not why they endure long hours, personal hardship and back-breaking work.

To understand farming, and farmers, I have to take you back to the late 1940’s in rural Ontario and a particular farm I knew as a seven-year old. As I describe it, a vision will begin to take hold with relevance to any potential economic or civilizational collapse in our future. OK, here goes.

The farm was 100 acres on a Concession Line a mile west of Honeywood, Ontario. There was a frame house with two bedrooms upstairs, a parlor, kitchen, scullery (with its own pump) and attached woodshed. The house was heated by a large kitchen stove that burned wood and a Quebec heater that did the same in the parlor. The upstairs was heated by vents in the floor which could be opened or shut with a grate.

In the kitchen, besides the stove, was a couch behind the stove, above which were drying racks and a large kitchen table covered in oil cloth. Above it was a very large kerosene lamp with a glass hood, hung from the painted, embossed, tin ceiling. In the basement, below, were rooms containing seed potatoes and turnips.

Behind the house was the kitchen garden where the woman of the house grew lettuce, carrots, onions, radishes, squash, strawberries, raspberries and other fruit. Several apple trees provided apples.

Beyond that was the hen house where chickens provided eggs and fresh meat. To one side was an out-house because the house itself had no bathroom. A windmill turned slowly behind that, attached to a second well and a water tank. To the left was an equipment shed with a tractor, kick rake, discs, ploughs, a work sleigh and a cutter.

Behind all this was a substantial barn, the first floor of which was made of whitewashed stone. Above that was a grainery, and hay and straw storage. The barn was the tallest building on the farm, painted a dull red, and roofed in galvanized steel. On top it had four lighting rods with glass balls to indicate if one had been hit in a storm.

Again, on the ground floor was space for a dozen milk cows, two horses, a creamery, and pens full of suckling pigs. The pigs also had the run of the immediate barnyard which was, as a result, muddy with a lose mixture of mud and pig shit. The cow manure was shoveled into a bin attached to a rail which could be pushed out a side door and dumped over a manure pile. Since cows are bedded down in straw, the manure pile was a mixture of dung, urine and straw which, in due course, became fertilizer. The fertilizer would be spread by a manure spreader, another implement in the shed mentioned before.

Behind all the fields was a “bush” of tall trees, many of them sugar maples. Farmers occasionally let their cows into the bush to keep down the new growth. Such forests are neatly trimmed at the five foot level, as far up as the average cow can reach. Cows will eat anything.

Running this establishment was a man, his wife, two sons, an invalid grandmother, and a dog and cats. Yes the dog was part of the team; he along with the younger son brought in the cows at dusk. The cats kept the mice out of the grainery. The dog dealt with any rats and alerted the family to strangers.

The farm grew oats, grain, potatoes, chickens, eggs and marketed milk, pigs, potatoes and sometimes eggs and maple syrup. The farm, in recent memory, made its own butter from its own cream. The wife did all her own sewing, and made all her own clothes, on a treadle-operated Singer sewing machine. The washing machine was hand operated, as was the wringer on top. Clothes were dried on a line.

In the Fall, the men went duck hunting and deer hunting. In the spring, they would take wash basins up to the rivers running into Georgian Bay and come back with thousands of smelts. This particular family didn’t raise geese, but they did shoot them. Anyone who has never eaten a Canada Goose has missed a gastronomic treat.

All the men in the house had a rifle, including both sons. Gophers were shot because gopher holes can break a horse’s leg and the family had a team of horses.

I can remember the day when the kerosene lamps were all gathered on the kitchen table and put away. Electricity had come to the farm and holes were being cut in the walls to install the outlets and switches. The family was delighted because it meant labour-saving equipment could be installed in the barn, the shed and the house; mother especially. It was the end of an era.

The point of this description: the farm was virtually self-sufficient. It could heat itself (animals kept the barn warm), feed itself, feed its animals, and with its cash crops, pay for the essentials it couldn’t make like ploughs, harrows, discs, harnesses, glass, cream separator, pumps, windmills, lightning wire, fencing and ammunition.

So, now you know, the secret of the family farm. The farm is a self-contained system for living an independent life. A man and a woman with an axe, crosscut saw, seed grain and a stack of six panes of glass have everything they need in life.

And that’s another point: a man needs a woman for children, food, comfort and a woman needs a man for a whole host of hard, tough jobs. And they both need a dog, and cats. And very soon, kids.

A farm is life.