The City Is A Trap 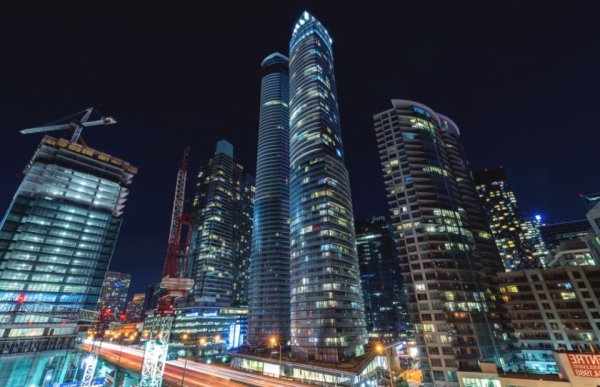 People living in high rise condominiums are like monkeys living in the forest canopy; everything is fine until one day the bulldozers come along and it isn’t fine. The monkeys, it turns out, have no idea how precarious their perches are in trees that can be cut down.

The problem we humans have is the same. We regard tall buildings as permanent as mountains when, in fact, they are dangerous traps that can kill, and will kill, when the predicted economic and cultural collapse occurs.

I’m not talking here about dramatic events like the attack on the World Trade Centre, frightening as that was. The problem I’m describing is what will happen if civil order breaks down and these buildings lose power, water or are invaded by mobs looking for sex, money, alcohol or food.

The power issue is obvious when you realize that many people are too old and infirm to climb even two or three floors, much less 40. Once down on the ground, there’s no hope they can get back up without an elevator. Secondly is the issue of water. Without water to flush, apartments have no way to get rid of bodily waste. A building full of full toilets is a horror show you don’t want to imagine.

The real problem, however, is food. If food deliveries are delayed or curtailed, real panic breaks out as individuals start scrounging for something to eat. Mobs typically target food, clothing and electronic stores, but a prolonged disruption will have them bursting into apartment buildings and condos looking for alcohol, food and sex. All this will be in the dark, of course, because the power will be out as well. And the fires started by the mob will burn freely and spread when police and fire departments collapse because their members have rushed home to protect their families.

Gunfire will break out as criminal gangs realize they have a free hand to divide up spoils, kidnap and rape women and hoard food.

Escape by car will prove impossible because the street lights will be out and the gas stations won’t be able to pump gas (no power). You’ll be on foot and as such you’ll be uniquely vulnerable to even small groups of thugs.

Other people have written books on how to escape from an urban environment with a “bug out” pack, map, food caches and a destination, so I won’t repeat their advice here. The point I want to make is that high rises, and urban centres generally, depend on a high level of organization, a constant stream of food, and reliable power and water. Take these things away and cities become unlivable. Many people will die, especially the old, the young and the sick.

What this means is that if you choose to live in a city, you have to believe that everything you’re familiar with will continue into the infinite future; that the services will be provided, the grocery stores will stay open, the police and fire departments will function. You’re betting on our civilization.

You’re making this bet despite the fact all previous civilizations—all of them—have collapsed, some very quickly. You’re betting this won’t happen, or won’t happen in your lifetime.