Britain Started WWI And WWII And Both Times Blamed Germany 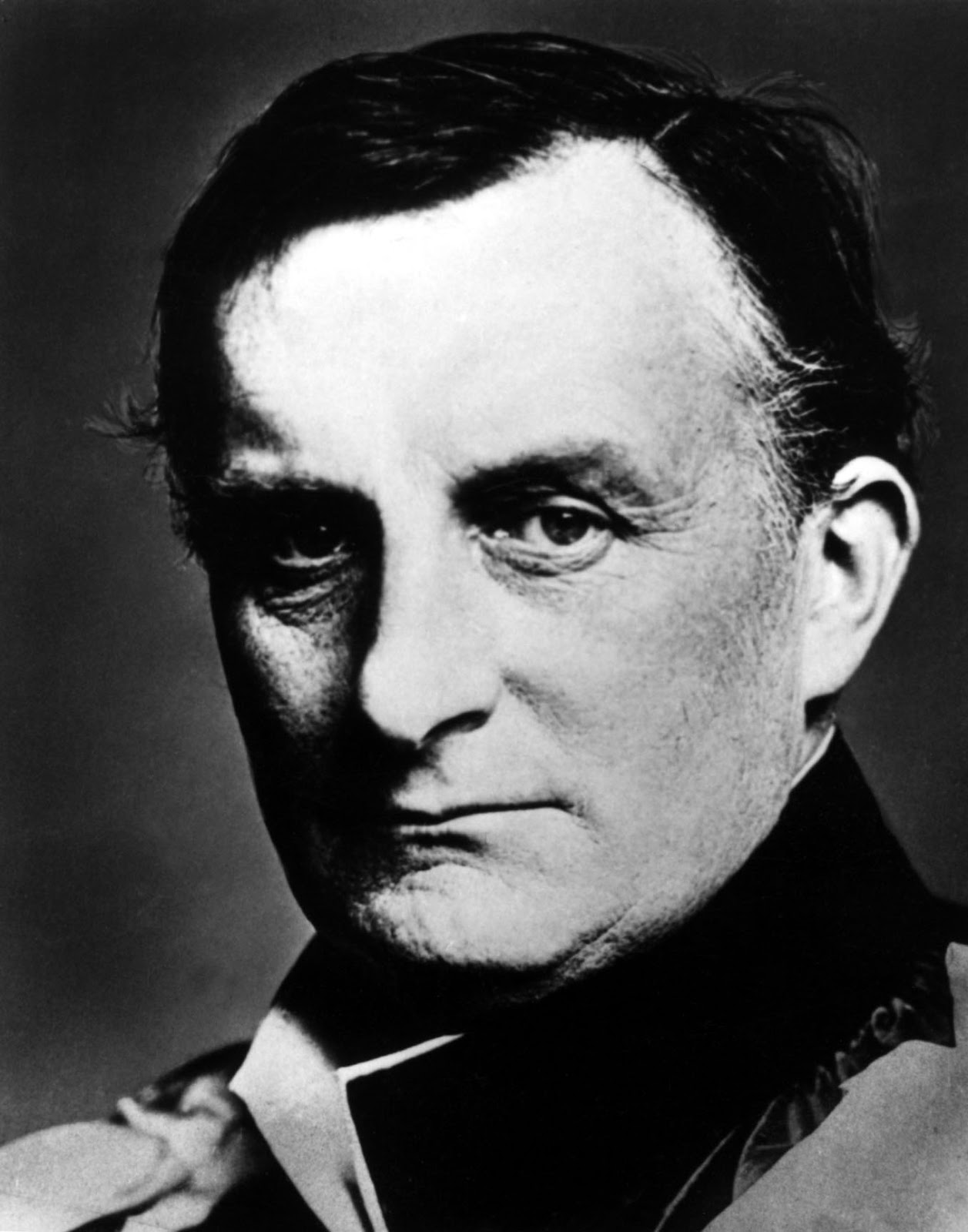 He stares at the camera with tight lips and a high collar, more the Prussian General than a British Foreign Secretary, but Sir Edward Grey knew what he was doing when he got to his feet in the House of Commons at 4:00 PM on August 3, 1914; he was starting a World War with Britain’s archrival, Germany. What’s more, he was pretty plain about why he would ultimately send 885,138 British soldiers to their death. The reason was economic.

Germany’s industrial growth between 1880 and 1910 was the fastest in the world; its international trade quadrupled, industries such as steel, chemicals, engineering and armaments were booming. Germany had become, since it was created in 1871, a serious rival to Britain, British industry and the British Empire.

Now, a little context. France invaded Prussia in 1870 and lost the war. Britain stayed out of it following a German agreement not to invade Belgium. France gave up two departments and the Germans went home after a victory parade. Number of British troops killed: 0. Advance the clock to August 2, 1914. The Germans decide to invade France, in support of Austria, by going through Belgium. Germany demands free passage from the Belgians and offers reparations for any damage. They refuse. German armies invade neighbouring Luxembourg.

The question everyone was asking the next day was what would Britain do? The reason there was a question was that, despite secret staff talks with the French, and despite agreed movements of naval forces, there was no military alliance between Britain and France. There was also no alliance between Britain and Belgium, and indeed, under the terms of the Treaty of London, 1839, both Belgium and the Netherlands had agreed not to enter into alliances with anyone.

Now a little more context. Despite comments made at the time of the Franco-Prussian war by British Prime Minister Gladstone in 1870, and despite a document circulated to the British Cabinet dated November, 15, 1908 entitled “A Memorandum respecting Belgian Neutrality and Britain’s Obligation to Defend it,” there was, and is, nothing in the treaty signed by Belgium and the Netherlands obligating Britain to defend either country’s territorial integrity. It is, in fact, a treaty between Belgium and the Netherlands, requiring them to declare themselves to be neutral, to not invade each other, to establish a border commission, exchange prisoners, split the national debt, and, among other things, to share waterways. There is no obligation on any of the Great Powers, who witnessed the treaty, to do anything. All this is crystal clear to even a lay reader, then or now.

Sir Edward rises in the Commons with members in a high state of excitement. His speech is anything but exciting. Historian Barbara Tuchman described it as a “tangled skein” in which Gray worried about Belgian neutrality, French naval movements and British trade routes, and then got to the heart of the matter.

I am sure that France has the power to defend herself with all the energy and ability and patriotism which she has shown so often [Loud cheers.] — still, if that were to happen and if Belgium fell under the same dominating influence, and then Holland, and then Denmark, then would not Mr. Gladstone’s words come true, that just opposite to us there would be a common interest against the unmeasured aggrandisement of any power? [Loud cheers.]

As a straw man argument, this is hard to beat. If France were defeated, and Holland and Denmark, well, it would not be good, he’s saying. As a reason to kill 2,037,000 German soldiers, this is pretty thin stuff. But if you take it as an economic argument, war begins to make sense. Germany is strong now; imagine what it will be like with the Dutch ports and the French coal mines. On the other hand, if we send a token force to France, we can ride on the back of the French and Russian armies while they demolish our economic rival. Then, in the aftermath, we can collect German East Africa and South West Africa. A no brainer you might say. And that peace treaty between Holland and Belgium can be used as an excuse! That’s why everyone was cheering. Britain’s declaration of war the next day was Grey’s doing: one speech, millions of dead.

You would think this experience of discretionary bloodletting would have been enough, but no. Twenty five years later another British politician would follow Grey’s example and create another World War. More background. Germany lost a large chunk of Prussia in the aftermath of WWI. What was left was cut off from the rest of the country by the Danzig corridor, giving Poland an outlet to the sea. After occupying the rest of Czechoslovakia on March 15, 1939, Germany asks Poland (which got a piece of Czechoslovakia [Zaolzie] as well) for permission to build an extraterritorial rail and road link across the corridor. On March 22, 1939, Polish leaders meeting at Warsaw Castle, reject the proposal.

Meanwhile, Prime Minister Neville Chamberlain, scrambling to build an anti-German alliance, gets his ambassador in Warsaw on March 30, to ask the Polish leader, Józef Beck, if Poland will accept British security guarantees. Beck says yes. The next day, Chamberlain goes on the record:

I may add that the French Government have authorised me to make it plain that they stand in the same position in this matter as do His Majesty’s Government.

You’ll notice, at this point, there is no military alliance with Poland and no history of one. Indeed, the first the Polish leaders heard about it was 24 hours earlier. Chamberlain was, in effect, drawing a red line down the Polish/German border and challenging Hitler to cross it.

If that sound a little provocative, consider this. It was Britain and France who constructed that border at the Paris peace talks in 1919, twenty years earlier. They were now saying if Germany crossed a border they created inside Germany, it was cause for war with Germany. Talk about hutzpah.

As was clear to everyone at the time, Germany crossed the border Sept. 1 to reunite the country and the war threatened by Chamberlain was officially begun Sept. 3. All this is remarkably similar to what happened in 1914: Britain drawing lines on the continent and declaring war when they’re crossed. In the first instance, the line was based on a fictitious obligation, and in the second, on the victors’ pound of flesh when they carved up Germany.

I am not suggesting Germany didn’t start a war in 1914 and another in 1939. I’m saying Britain made it into a World War by intervening. Had it not done so the first time, Germany would have defeated France, taken some colonies and gone home. Had it not done so the second time, Germany would have concentrated all its forces on the Eastern Front and attacked the Soviet Union earlier. This would have been a titanic struggle with Germany the likely winner.

And then what? Can you imagine that Germany, with the Soviet Union to police, the largest country in the world, would have had the time, resources and manpower left over to attack France and Britain? Can you find some source suggesting Germany wanted to do so?

The mind trips down some interesting paths speculating on the world that might have been without the millions of dead slaughtered in the name of red lines on European maps, drawn in London, by men like Sir Edward Grey and Neville Chamberlain.

We are all justly horrified at men who organize a cock fight, or a dog fight; innocent animals who are trained to kill each other. What place in Hell should we send men who organize a fight to the death among men from advanced industrial nations who share the same technology, the same blood lines and the same culture?

For those interested in going more deeply into the causes of WWII, there is a related article currently at the Unz Review entitled, “The Lies about World War II,” written by Paul Craig Roberts. He says, as I have, that the attack on Poland by Germany was initiated after Britain interjected itself into negotiations between Poland and Germany, blocking any possible compromise. While certainly a war, this was not WWII. “World War II was initiated by the British and French, declaration of war on Germany, not by a surprise blitzkrieg from Germany.”