What Makes The One Percent Think They’ll Escape The Chaos They’ve Made? 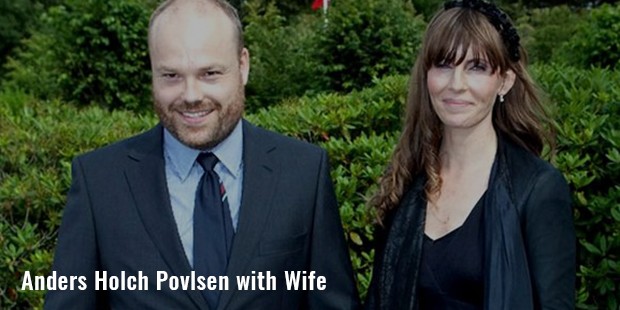 The richest man in Denmark, Anders Holch Povlsen, and his wife, have just suffered an unimaginable tragedy; three of their four children were killed in the Muslim-organized bombings in Sri Lanka.

A string of bombings at churches and luxury hotels across Sri Lanka on Easter Sunday killed 359 people and wounded 500.

In addition to being a successful entrepreneur, with a net worth of $6.7 Billion, Anders is also a major land owner in Scotland. He is the son of Troels Holch Povlsen, who co-founded the international clothes retailer Bestseller in 1975 with his wife, Merete Bech Povlsen.

So, what do we know of the relatively youthful (46) Mr. Povlsen? First, we know he’s a Globalist. Bestseller has an incredible 3,700 shops in China. Besides that, Bestseller has shops in most European countries, the Middle East, India, Uruguay, and Canada among other countries (over 45 countries in total).

Secondly, we know the reason he was buying huge blocks of land in Scotland and elsewhere was to return these lands to wilderness, a project he called “Wildland”.

The Povlsens, who rarely give interviews, wrote of their ‘rewilding’ vision:

It is a project that we know cannot be realized in our lifetime, which will bear fruit not just for our own children but also for the generations of visitors who, like us, hold a deep affection for the Scottish Highlands.

We wish to restore our parts of the Highlands to their former magnificent natural state and repair the harm that man has inflicted on them.

Anyone familiar with the United Nations’ Agenda 21, produced by the Earth Summit in Rio de Janeiro in 1992, will find this sentiment very familiar. Man has done “harm” to the natural environment and should be removed from large areas of the planet so they can be returned to the wild. In short they should be subject to “rewilding.”

So where should the people, thus displaced, go? Agenda 21 also suggests the people removed should be housed in towers, and amazingly, Anders Povlsen has proposed exactly that, a gigantic tower in central Jutland where his company is based. Really!

Before I began researching Mr. Povlsen, I had no idea he was creating in fact a vision laid out by environmentalists 27 years ago.

Mr. Povlsen’s three children were killed at the Shangri-La Hotel. This towering, luxurious hotel is near Colombo’s main business district and is just a few steps from the sea. It has 500 guest rooms and suites and 41 serviced apartments. The original Shangri-La was a fictional place described in the 1933 novel Lost Horizon as an earthly paradise, particularly a mythical Himalayan utopia – a permanently happy land, isolated from the world.

So, to be blunt, the Povlsens sought to isolate themselves from the world, both at home in Denmark and Scotland, and on vacation in Shangri-La, Sri Lanka. A committed globalist, someone blessed by retail sales, sought to get away from the masses who gave him their millions. He sought to protect his children by giving them massive, empty estates.

But naming a hotel after a mythical country doesn’t cut it in the real world, and trying to escape the world while living in it doesn’t protect you from the roiling anger of a barbaric 7th Century religion.

Povlsen’s millions would have been better spent blocking Islamic immigration to Denmark than fleeing to the far corners of Great Britain or Britain’s lost Empire in the east. Lost Horizon indeed.