Thank You Doug Ford! Canadians Are Tired Of Footing The Bill For Anti-White Racist Propaganda 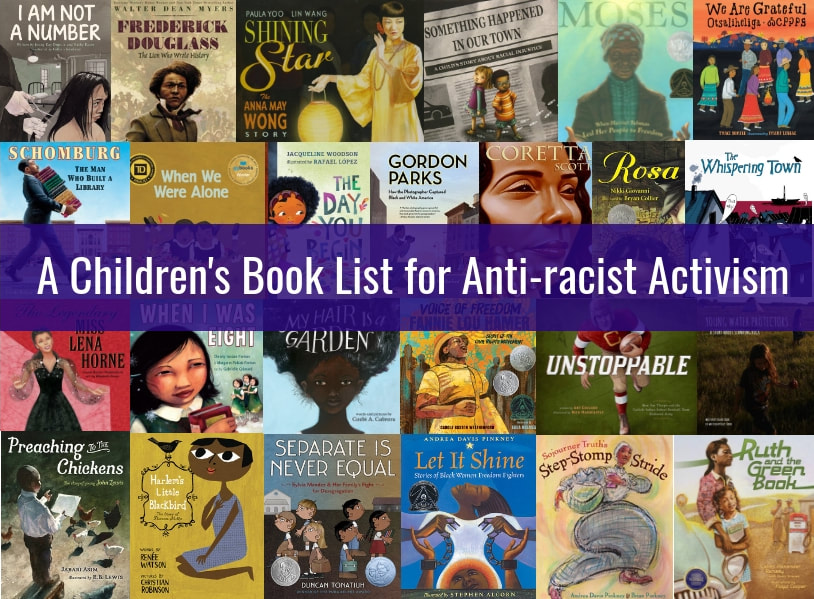 Cry me a river.

So the Left is in a tizzy because the Ford government has cut off funding to “Harmony“, one of hundreds of “anti-racist” organizations putatively dedicated to “equity”, diversity and inclusion, and a range of other goals whose benefits they assume to be self-evident.

But, as one can easily discern from the comments that follow articles that trumpet the dubious merits of increasing cultural and ethnic fragmentation and new found sexual identities, a lot of taxpayers don’t buy into the scam. They pay for it but it is a classic case of ‘taxation without representation”. Many if not most Canadians have a dim view of organizations who flock to the inexhaustible bird feeder which is the government grants and they have a dimmer view of the politicians who provide them. First in line at the trough are a consortium of Ethnocultural and Immigration lobbies who together with government patrons form a Canadian version of Orwell’s Minitrue.

Whenever ordinary people are given the mic, one gains the impression that organizations like “Harmony” only succeed in creating “acrimony”. What Minitrue regards as “equity” the silenced majority regards as inequity, as reverse discrimination, and what they call diversity “awareness” programs are seen by many as mandatory mis-education workshops designed to make students or employees less aware of the politically incorrect facts of Canadian history.

Grievance mongering in Canada is a lucrative business. In fact, it is an industry. If you want to get a sense of the monstrous scale of this millstone, just visit government sites like this or this or this. The latter site, which outlines the Alberta government’s anti-racism community grant program, targeting small advocacy groups, informs supplicants that they may receive up to $25,000 of government funding, plus an additional $5,000 in some cases. Multiply that by a hundred and pretty soon you are talking “real money”. Keep in mind that these are only three examples of the scam.

We talk about the outrageous scale of corporate welfare, but we can only imagine how much public money is spent on this vast propaganda apparatus when we look at the books of just one of its constituent parts.

$200,000-$300,000! That’s a lot of money to train kids how to employ Alinsky tactics in the service of a mission founded on falsehood and treason. Imagine what we could do with that money. We could deprogram the victims of these “interactive workshops” for a fraction of that kind of money. All we would need do is give them 30 minutes of the truth and hand them a copy of Canada in Decay on their way out.

But “Harmony” is but one star in a galaxy of social justice panhandlers with begging bowls at the threshold of every government, provincial or federal, in the land.

A year ago, when the Trudeau cabinet wet its pants over the growth of what Public Safety Canada called “right wing extremism”, it earmarked $23 million over two years for “multicultural programs” and national consultations on racism, that is, consultations with grievance identity groups. Whenever a progressive government calls for a national conversation on race, they mean a monologue on race, where they do the talking and Joe Taxpayer does the listening. The 2018 Budget document stated that diversity was a cornerstone of Canadian identity which is threatened by the rise of “ultranationalist movements and, protests against immigration, visible and religious minorities. “ But this year’s 2019 Budget upped the ante by assigning $45 million to the noble cause, including $17 million this year and next for an “Anti-Racism Strategy” that will underwrite community projects to fight racial discrimination. And if that doesn’t take your breath away, the budget also sets aside $25 million over five years for projects to celebrate “Black Canadian” communities, which of course have withstood decades of withering white racism. All of this adds up to what, almost $100 million in two years?

That’s a stiff price to counter a movement which, according to “far right specialist” Barbara Perry of the Ontario Institute of Technology consists of only around 125 groups. Forgive me if I get the feeling that if there was no “far right” extremist movement in Canada, the government would have to create one, otherwise a lot of useless bureaucrats and crusaders would be out of a job. Perhaps the government should consider funding us as well. I mean, we bigots have to eat too. They could frame it as a public works program to prime pump a flagging economy. Maybe they are already doing that by employing moles and informants in our ranks. As Lenin said, the best way to fight the opposition is to lead it.

In reporting Ford’s cuts, HuffPost scribe Mohamed Omar laments that this news “comes as the spectre of extremism haunts communities in Canada and around the world.” But the extremism that Mr. Omar refers to is the extremism of those who are attempting to oppose his brand of extremism, aka globalism, the most extremist agenda that any totalitarian movement ever conceived. Nothing in modern human history can match the extremely rapid and profound demographic transformation of Canadian, American and European societies wrought by globalism in the past quarter century —aided and abetted by globalist politicians and media hacks who now soil their trousers as they behold the ‘extremism’ of a broad swathe of ordinary people who won’t get with the program.

Omar notes that ” Foreign Affairs Minister Chrystia Freeland told the UN Security Council that neo-Nazis, white supremacists and “incels, nativists, and radical anti-globalists” threaten the stability of the country.” Seriously? Nothing has been more destabilizing than globalism. Globalism took a wrecking ball to this country. Globalism destroyed our manufacturing sector and out-sourced a million jobs. Globalism imposed an annual net fiscal burden on Canadian taxpayers of $20-35 billion, the difference between the taxes paid by low-skilled immigrants and the cost of social services provided to them. Globalism eroded our national sovereignty and cut the nation from its traditional ethno-cultural moorings. Many would maintain that we are not even a nation anymore, but a ‘post-national’ state, as Justin Trudeau once boasted. Telling us that the people who fight this most transformative and destabilizing process are destabilizing the country is like blaming firefighters for the water damage they caused in trying to save the building while letting the arsonist off the hook. It is like comparing the harm caused by the violent actions of deranged individuals inspired by an ideology you don’t like to a KT asteroid event. Get real Freeland! The problem is not “radical” anti-globalists but radical globalism!

The extremism of hyper immigration is not a “spectre” but an ongoing event of mind-blowing scale, and the Great Replacement is not an optical illusion or a conspiracy “theory” but a reality. No “anti-racist” workshop can disguise it. No infusion of taxpayer funding can hide it. Despite their most determined efforts to make people disbelieve what they see, despite a thousand hours of classroom indoctrination, and the subliminal messaging of TV commercials, movies and popular music, the political elite cannot keep the blinders on us forever. Eventually reality breaks through like a battering ram, and scales fall from more and more eyes. Reality is making converts every day.

Progressives are in a panic because they are witnessing a pendulum swing that they cannot control or prevent. And they haven’t the intellectual tools to understand what is happening. Their language, laden with cant and jargon, is not equipped to conceive of alternative or novel interpretations. They are like landlubbers who suddenly find themselves adrift on a raft in the middle of the ocean and unable to navigate because they never studied the stars. They didn’t see what they characterize as “far right” populism coming because they were looking through the thick lens that university indoctrination and mainstream media provided them. When the pent up popular rage that had been building up over decades finally erupted, they went through the classic five stages of denial, resorting to well worn epithets and umbrella labels like “white supremacist” and “anti-immigrant’ to dismiss arguments that they couldn’t contend with.

The current flurry of Facebook and Twitter bans, book removals and you tube take-downs stands as proof that they cannot compete with us on a level playing field. They turned the country into a Left wing echo chamber and it came back to bite them. Their catechisms and talking points were nurtured in a hot house environment, too fragile to ward off contradictions. The emergence of the “dark web” has allowed ordinary folk to access news that the media cartel has long blockaded, and this is something that progressives cannot tolerate. Good God, as Chantal Braganza once lamented, “They have an entire media ecosystem all their own that doesn’t require any interaction with the mainstream system.” That sounds a lot like the CBC, except that its media ecosystem doesn’t require any interaction with reality.

Like Islamopandering NDP MP Charlie Angus, once a self-described “internet utopian”, our opponents believe that they can smother ‘extremists’ of our ilk in the cradle by banishing us from the web. Sorry comrade, but the genie is out of the bottle. History shows that you can’t quarantine ideas indefinitely. If you think we’re virulent, just wait for what is coming behind us. Faith Goldy is as mild and reasonable as you are going to get.

The truth is that the archipelago of organizations which form the “progressive” alliance—the political parties, the environmental NGOs, the SJW advocacy groups, the CBC, the molly-coddled arts community, liberal arts academia—all feed off the taxpayer tit in one way or another. These instruments of Cultural Marxist subversion can therefore be regarded as hot air balloons kept aloft only by the injection of conscripted money from the very people they wish to marginalize, displace or punish. Without this money, without subsidies and/or tax deductions, the Canadian “Left” would be a paper tiger, and the political class exposed for what it is, a fringe group. The tail that wags the dog. Take the fledgling “Canadian Anti-Hate Network” (please). Or is it “The Anti-Canadian Hate Network”? They needed a start-up grant from the Southern Poverty Law (Lie) Center just to get online resource set up. Any race-baiting smear group worth its salt in Canada needs our tax dollars to survive. Soros and the SPLC have deep pockets but they can’t support every quisling Tom, Dick or Harry who comes along wanting to undermine Western civilization.

Good riddance “Harmony”. Let you be the first of a hundred other anti-Canadian parasites to feel the blade on your neck. Good luck in finding a real job.