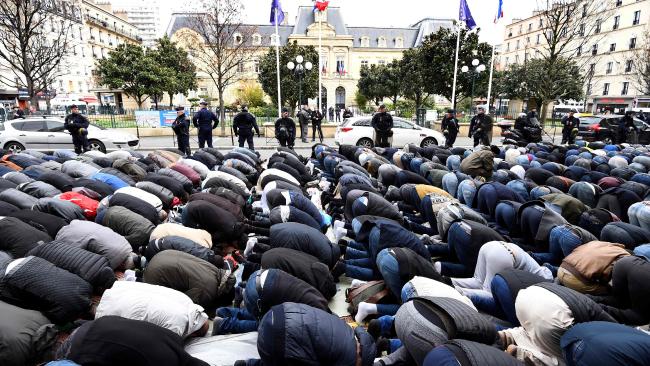 The corrosion of Western civilization can be seen in a group of interrelated political events: multiculturalism, globalism, “open borders,” and the dissolution of nations. Yet most Westerners live in a world of illusion. They might spend their time “catching the news” on a TV set or a computer, but they are unaware that the main news-media are owned by gigantic corporations, which have a hidden globalist agenda. Most people nowadays do not often read serious books, so they have little access to genuine in-depth information. If you push them far enough, they will say only, “Well, I believe…”

They believe that people of European descent are guilty of centuries of rather uncertain crimes, perhaps including the alphabet, education, democracy, modern medicine, and science. They believe the world should be controlled by a benevolent dictatorship, with all history, nationality, parenthood, and even gender scrubbed out of people’s brains.

Around 4000 BC there arose a people, probably living north of the Black Sea, to whom we now refer as the early Indo-Europeans (or, if you wish, Aryans). They were the first people to use iron (versus bronze) weapons, and also the first to use horse-drawn chariots – perhaps indeed the first to domesticate horses for any purpose. After about 1000 BC there arose a division between the eastern (Persian) and western Indo-Europeans (Greeks), or, in other words, between the Asians and the Europeans.

The Greek historian Herodotus (fifth century B.C.) indicates the split in his frequent distinctions between the Persians and the Greeks. The Persian world was characterized by despotism, while the Westerners, the Greeks, were a people of relative freedom, aristocratic equality, and democracy.

The people who have that Western legacy, however, are now disappearing from much of Europe and North America. Instead, we have “multiculturalism,” which really means the dismantling of “culture,” the decline of the West. In our schools, White young people are now taught to be ashamed of their legacy, and any courses in the social sciences are perverted to show the “guilt” of those who spent thousands of years developing Western civilization. How did these regrettable changes come about?

To answer this question, one must first note that in most Western countries there is no longer a real democracy, but rather a barely disguised one-party system. The elite of the supposed left and right spend their time together – the same restaurants, the same marriages, the same golf courses. During an election, it would be possible to make a list of all the slogans, mix up those items, and then ask someone to match the slogans with the parties. But it would turn out that the matching could not be done.

Actually there is only one slogan: “Bodies are good for business.” So the population must be kept expanding forever. The price we pay for overpopulation and over-immigration, however, is high unemployment, environmental degradation, inadequate housing, traffic congestion, overloaded social services, high crime-rates, losses of water and farmland, and declining natural resources of all kinds. Overcrowding also leads to mental illness: in an urban environment, our nerves are often like wires that have been tightened to a point where their molecules will no longer hold.

The stage for decline was set by the lowering of intellectual capacity. Most people, unfortunately, don’t react to much of anything anymore. One of the main reasons for this decline is that most people don’t really become adults. We have created a world of cultural neoteny – prolonged childish behavior, a milieu of “dumbing down” that stretches from birth to death. “Neoteny” is a biological term referring to remaining juvenile for a long period after birth. Obviously humans do this anyway – it takes years for an infant to turn into an adult. But a great deal of modern political propaganda has the effect, consciously or otherwise, of keeping people silly and childish for life.

Civilization is generally defined by the presence of writing, and the decline of Western civilization is marked by the disappearance of interest in serious texts. People don’t read books as much as they used to. No one seems to feel guilty for the fact that instead of reading a book called X they have merely watched a movie called X, based on the book.

A similar decline can be found in formal education. There was a time when the purpose of a university education was to allow young people to explore the outer regions of space and time. Now it is just training in how to use a cash register. Teachers themselves are day-laborers, easily replaced.

“Education” of the new sort is more form than substance: teachers are so afraid of being accused of heresy that the students are given little real information. The average young person in the modern world spends thousands of hours doing school work, yet nearly all of that is a waste of time, because a job at the end of that road does not require the ability to think. Modern education involves little real learning, and far more time is spent on mere indoctrination.

Any form of “nationalism,” any statement of pride in one’s country, by Whites, is being discredited. Furthermore, any specific form of European ethnicity or religion is downplayed. Western culture in general is criticized, and Westerners are largely associated with colonialism. Reversing colonialism means celebrating non-Western cultures. The new attitude is that “all cultures are equal.”

Leftists believe that all cultures are, in some inexplicable way, equal. In their naivety, they cannot believe that many cultures are cruel and intolerant, locked in the preliterate mentality of a thousand years ago. Westerners today cannot understand that there can be such vast differences between the mentality of one culture and another. The mainstream news-media foster this misunderstanding by failing to report the shocking statistics of rape, mutilation, murder, and other barbarisms that go on in this world.

Most people have little sense of history, yet cruelty has long been a part of that history. Long ago in the Near East, various civilizations arose in Egypt, Babylon, Assyria, Persia, and so on. After a war between city-states, it was customary for all the male inhabitants of the losing city to be put to death, and impalement was one of the most common forms of killing. That ancient mentality has not entirely passed away. Yet Westerners like to fool themselves into believing that the entire world consists of people who read glossy magazines and keep up with all the intellectual trends. The reality is that, even in modern times, the counterpart to an act of “tolerance” in one country would just as surely result in a death sentence in another.

In The Clash of Civilizations and the Remaking of World Order, Samuel P. Huntington notes that “wherever one looks along the perimeter of Islam, Muslims have problems living peacefully with their neighbors.” A few decades ago, Charles de Gaulle had the bright idea of importing Muslims from his defunct North African empire, in order to form a union of Europeans and Muslims that might even compete with the US as a world power. And now France, among many other countries, is paying the price, but the politicians deny all responsibility.

The big plan is to wipe out all White countries that are now in place. That is why the news media always hammer out the message that one must never use the words “white,” “race,” “ethnic,” or “nationalist” in any positive sense. When those “rebels” (us) have been crushed, it will be possible for the One Worlders to set up their massive government that will have its fingers on all the buttons.

The general public has become accustomed to submission and therefore remains mute. To be convinced of one’s own inferiority is nothing more than to accept that some other person is superior – which is exactly what manipulative politicians are planning. It is time to wake up. Those who do not respect themselves will not be respected by others.