What Do I Have To Do To Anger Feminists? 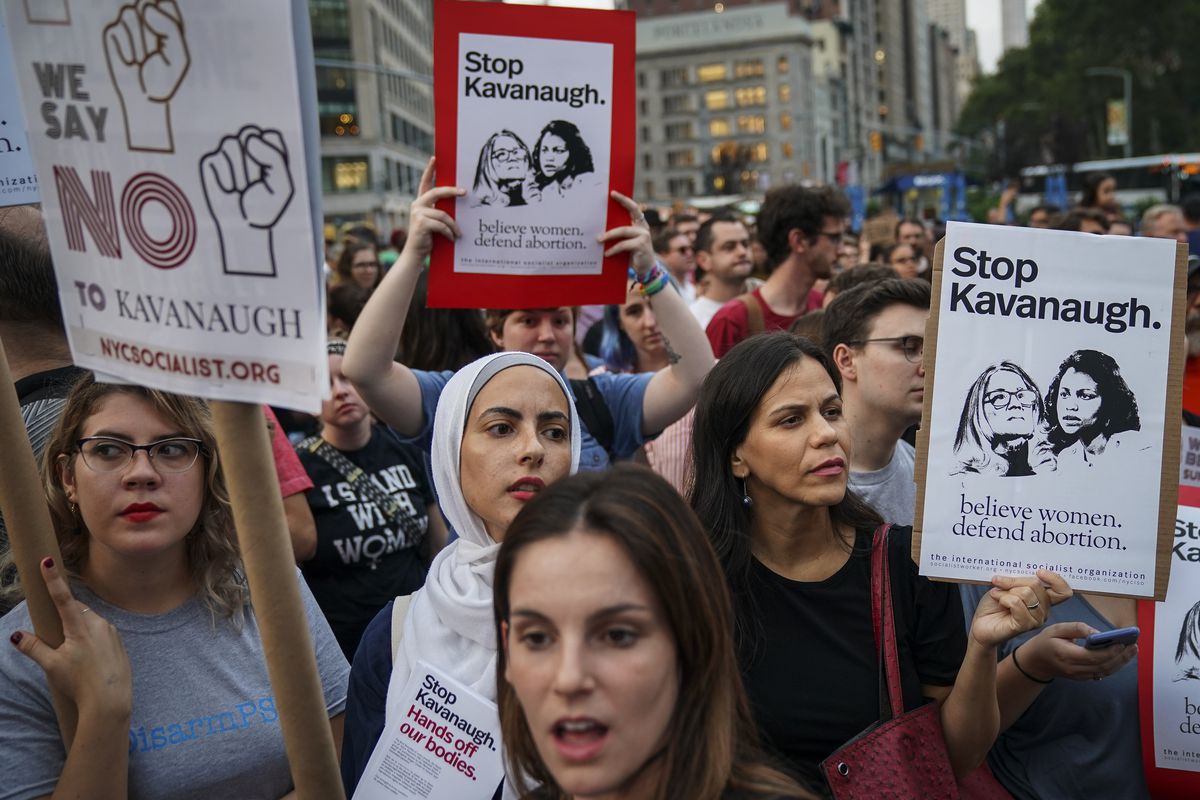 I have been called a racist and a fascist, and deservedly so. I did much to earn those credits and I am proud of the accomplishment. Yet somehow that is not enough. Something’s missing. I want another accolade to complete the hat-trick. Another trophy in the trophy case. A label that only women can pin on me. But for the life of me I don’t know what I have to do to be called a misogynist. Two or three articles apparently do not suffice. Neither to my postings in comment sections.

I have felt frustrated about this for some time, I mean, to come so far only to fall inches short of my dream. I confess that I really started to feel sorry for myself, until I thought of great hockey players who never in the long careers managed to have their names engraved on the Stanley Cup. Guys like Marcel Dionne or Luc Robateille for example. When I did that, when I put myself in their shoes, I realized that I had no right to feel robbed of my just due. Other people are in my boat too. Other people have seen their life-time efforts go unrewarded. Only they accept it and move on.

So I decided to follow suit. I became resigned to living out the rest of my life saddled with a false reputation of being an enlightened male who respected the intelligence of women and supported their promotion to political office. If women are determined not to get angry at me, I reasoned, then there is little I can apparently do to make them. Calling them names like moron, idiot, dumb-ass or brainless bitch doesn’t work. Might as well just throw in the towel and let them carry on their work of undermining Western Civilization. At least, that was what I thought this morning until I turned on the TV News.

After what I saw the past days, after seeing the reaction of various women to the news that the Senate committee had decided not to cave in to hysteria and emotional blackmail and endorse Dr. Ford’s unproven allegations, I have decided that I must keep trying. I must write more about the disaster which is Women’s Suffrage, about the congenital inability of 90% of women to access the left side of their brains, about their inherent habit of emoting rather than thinking, about their pathological altruism toward outsiders, about their failure to grasp the rudiments of logic. And indeed, that is now my resolution.

Therefore, to the shrieking, crying, histrionic women on TV who wailed about the unwillingness of men, particularly “white” Republican men, to “listen” to what women have to say and “believe” what they have to say, I say this:

It doesn’t matter if I “believe” you. It doesn’t matter if I think you are being truthful about what you say. In most cases, I do. I really do. What I need, however, is EVIDENCE. Can’t you understand that? Or is it the case that you don’t care about due process? You don’t care if innocent men are ruined or sent to jail because of false accusations. You don’t care about collateral damage in the holy war for social ‘justice’ (as you define it). You think that the issue should be decided by intuition, or trial-by-feelings-and-emotional-outpourings. You think that the prize should go to the one who ACTS as if he or she sincere. “And the Oscar goes to……..Ms. Emotional Manipulator!!!!” Sorry Justine Trudeau, maybe next year. Keep crying.

The saddest part of this exercise, I think, is that Kavanagh also affected tears and a breaking voice to demonstrate his sincerity and pain. One cannot blame him for doing that, of course. He is under enormous strain, as is his family no doubt. Breaking down and lashing back with partisan assertions may conflict with judicial demeanour, but men of his stature are not superhuman. Personal attacks that impact our loved ones would provoke emotional outbursts in the best of us. But when Kavanagh did that, he reminded me that rational speech is no longer decisive. It is now a game of emotional one-upmanship, or one-up-femaleship if you will. Feminists have forced us to sink to their level. Debate is now a race to the bottom. They have degraded public discourse, all the while levelling that same accusation at us. No wonder many men—and women—on the so-called “Right” have given up trying to communicate with the fem Left. As one such man remarked,

… it is utterly pointless to engage—especially young—females in any kind of political debate. I agree with Dr Johnson that arguing with a woman is like arguing with a goat – it gets you nowhere and annoys the goat. Whether it is backstabbing; demonizing, witch-hunting, smearing, screaming down. There is no doubt our enemies main tactics are essentially female in nature.

Exactly. In fact, I have come to regard political correctness as the imposition of a female communication style on men. A style whose mission—like the psychobabble of the late sixties—is to protect feelings and sugarcoat falsehood with euphemisms. The irony is that the imposition of a speech code which protects feelings frequently requires emotional abuse (screaming, shouting etc) to enforce it. Men like Trudeau—and their backroom coaches—play this game because they learned that it is how you win in these times. Their Golden Rule is “Appeal to women by acting like women”. Winning the female vote is key. Act like women and promise them more entitlements and you have the game won. But is this the course we should follow? We know what women are like. And we know that we can’t change them—or disenfranchise them. So do we become them?

Thank you feminism for taking dialogue to the lowest common denominator. Here’s a tip though. Your tears will not move me. And I don’t care how or what you “feel”.

What? You still can’t call me a misogynist? Come on, I know you can do it. Would it help if I also added that I am an anti-feminist, that I avidly support patriarchy and that I seek to utterly ‘disempower’ you? That in my world you wouldn’t get within a mile of a polling booth or see the inside of the House of Commons? That you wouldn’t be able to open your mouth without first having earned a degree in logic, math and the hard sciences?

There was a time that I thought your sex had a primary purpose. But then the news came out that Canada’s Total Fertility Rate was 1.5 in 2017, 0.6 below replacement level. That is, for every set of 1000 Canadian women, there are 1,492 births. So obviously nature made a mistake. You aren’t here to help perpetuate our species after all. You are not here to keep our tribe alive. No, instead your job is to aid rival tribes, to favour out-groups, to form an alliance with The Other, to push for open borders, to support and encourage migrants and refugee claimants to settle here, undercut white males and let imported women do the job that you were supposed to do. Thanks to your careerism, the political class now has an ironclad excuse to increase immigration intakes to keep population level up and our people down. In effect, we have outsourced child-bearing and rearing to third world migrants from failed states whom we expect to perpetuate our civilization and culture despite having little connection to it. Oh well, I guess one has to have faith. What, after all, is civic nationalism, assimilation and the cult of the melting pot but an enormous leap of faith?

One question though. If fem-leftists think that “white” men don’t listen to women or take their accusations seriously, how do they think their brown male replacements are going to treat them? Does being white make a man an abuser of women? How about Bill Cosby or OJ as the next nominees for the Supreme Court? Better still, how about a sharia court composed of dark African or Middle Eastern mullahs? Would that work? Given our immigration policy, I guess that they’ll find out soon enough.