Dalai Lama Barred From Entering Canada — Is Jesus Next? 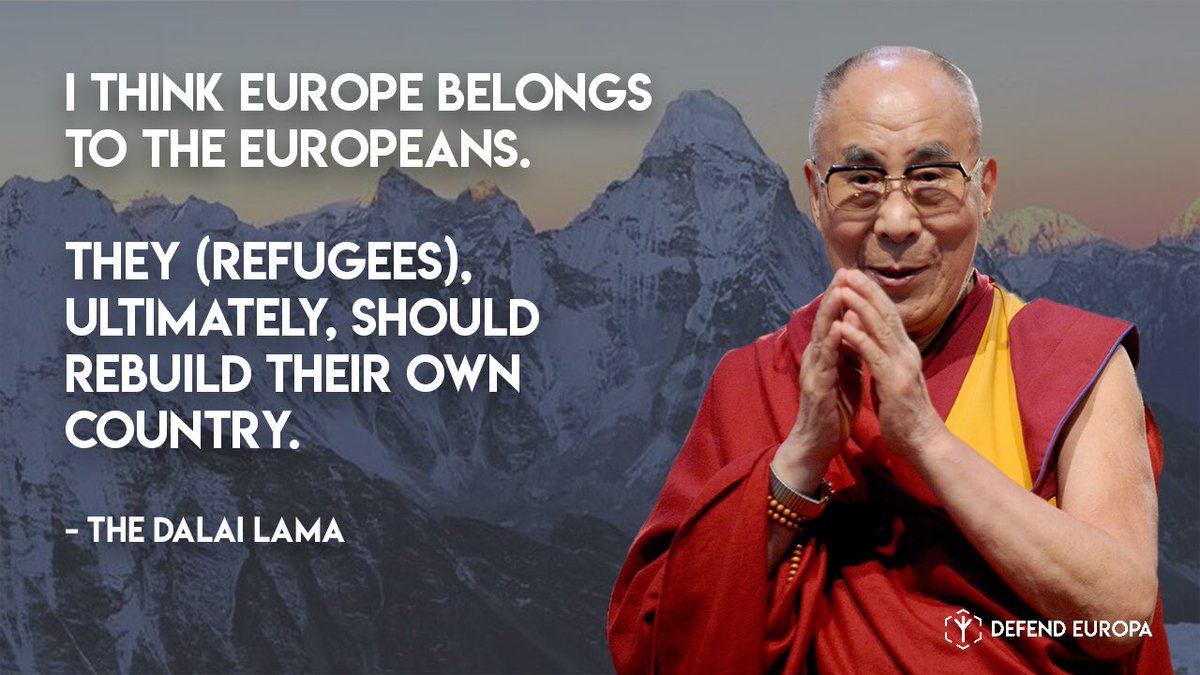 In the wake of his startling comments in Malmo, Sweden, about refugees, the Dalai Lama has been officially barred from entering Canada. The Trudeau government’s decision came as a result of a human rights complaint issued by the Canadian Council of Refugees, as well as information provided by the Anti-Racism Research Council, the Canadian Anti-Hate Network and the Southern Poverty Law Center in the United States, which, if you haven’t heard, is the impeccable arbiter of Good and Evil in this world.

Given the Dalai Lama’s stellar contribution to the cause of global peace and harmony, and his standing as one of the world’s most revered and respected moral authorities, the government’s edict provoked consternation and confusion in all quarters. Many observers were interested in the government’s rationale in issuing the no-entry order. While no one in the PMO was available for comment, Immigration Minister Hussen met the media in a scrum just outside the House and issued a succinct statement:

“Having said that Europe belongs to the Europeans, and that refugees should eventually return to rebuild their native country, the Dalai Lama is now, according to Prime Minister Justin Trudeau’s definition of Canadian values, a hatemonger. As such, His Holiness is not welcome in this Welcoming and Inclusive country of ours.”

Reporters were reminded by the Minister that under the Immigration Act, custom officials have the authority to stop hate material from entering Canada, and to refuse entry to individual hatemongers.

“We have enough trouble trying to sell our insane immigration policy to Canadians without some skinhead in an orange robe coming in here and telling them that one day refugees should go back where they came from”, the Minister averred. “According to an Angus Reid poll taken in August, almost half of Canadians (49%) want to see a reduction in our annual immigration intake, while another 31% do not want to see present levels increased, as we plan to do whether they like it or not. The very last thing we need is for these Canadians to gain encouragement from the Dalai Lama’s brave words and think that just because they represent the overwhelming majority of citizens, they have a right to have their views heeded by their elected representatives.”

The public relations arm of the Trudeau government, the CBC, was quick to endorse Hussen’s position. Permanent fixtures like Andrew Coyne, John Ibbitson, and Susan Riley expressed outrage that an esteemed religious figure should dare to suggest that the people of any country should have the right to defend their cultural heritage, identity and sovereignty from a migrant tsunami. It was a sentiment shared throughout the Corporation.

Not content with the euphemisms and misnomers that their employees habitually employ, CBC management issued a new set of labels for its journalists, reporters and news anchors to pin on politicians and political movements that they disapprove of. Henceforth, according to the new guidelines, anyone who does not represent the NDP, the Liberals or the Greens is to be designated as “far right”, and any critic of Official Multiculturalism or Mass Immigration is to be called a “far right xenophobe”. As always, anti-immigration is also to be conflated with “anti-immigrant” and illegal migrants are to be continued to referred to as “undocumented Canadians”. Those who object to the removal of a statue, meanwhile, are to be referred to as “White Supremacists”. In fact, anyone caught being white in broad daylight must be assumed to be a White Supremacist unless and until he or she can produce a Liberal Party membership card.

The government’s declaration that the Dalai Lama is persona non grata in Canada came as a devastating blow to the many Canadians who are looking for alternative spiritual guidance and hope in the event that their Saviour will suffer a similar fate. Their fears have been stoked by persistent rumours that Canadian Border Security and Customs agents will soon prohibit the entry of another hatemonger, Jesus Christ, as per the Prime Minister’s instructions.

Should it transpire, the move will come after persistent lobbying by human rights and anti-racist groups to persuade the Prime Minister to plug more loopholes and further tighten the noose on hate speech, which they alone have a right to arbitrarily define. According to a joint statement released by Richard Warman, B’nai Brith , the National Association of Canadian Muslims, and the Canadian Federation of Witch Hunters and Lawfare Bullies, Our Redeemer has a 2000 year old reputation for hating sin, which if widely embraced, would deny Canadians a safe space for pursuing an alternative life-style. The statement pointed out that Prime Minister Trudeau has assured Canadians that Canada is a place where people can and must feel free to express themselves, as long as those expressions don’t hurt the feelings of any member of an identity group.

In response to this pressure, the Trudeau government is apparently drafting a bill—Bill 666—to outlaw the Second Coming, including a provision which would deny Jesus the right to claim refugee status should He attempt to walk across the border illegally, including Lake Ontario. They hope to have it passed before Christmas, but if not, Christmas may be banned under the Emergencies Act. According to status-seeking white social justice warriors, nativity scenes and Christmas Carols are damaging the psyche of millions of children-of-colour on such a scale as to constitute a national crisis. No child in Canada should have to be exposed to a Christmas tree or invited to sit on Santa’s knee. The trauma might scar him for life. Besides, it would be a violation of his Charter Rights.

Some critics have warned the government that if Christ is not allowed to come to Canada via a legal or an illegal port of entry, He might instead enter Canadians’ hearts and minds.

“We’ve got that covered,” said an unnamed architect of the bill. “We’ve earmarked another $3 billion of taxpayers’ money to go to anti-racist education, college indoctrination and CBC misinformation to ensure that their minds will remain closed and unreceptive to His ideas — or indeed, to any ideas about loving and protecting one’s national heritage and the people who created it.”