What Happens To White Women When White Men Lose? 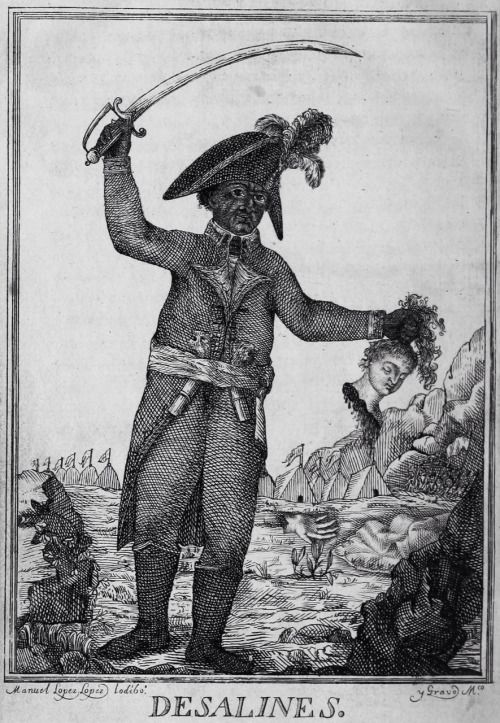 European armies don’t often lose against non-European opponents, but when they do, our enemies take their revenge in the most extreme ways possible. In today’s age of multiculturalism and moral relativism, all this has been thoroughly swept under the carpet, expunged from the record and explained away.

Nevertheless, the bones still fill the graves, the record still exists, the horrors still resonate down the long halls and empty mansions of our history.

I’ll take six examples that speak for themselves, most a snapshot of a larger picture, often just a day out of thousands. What’s interesting is that over three continents and 300 years, there is a disturbing theme that runs through these stories. It is, horribly, that when the men are down, the women are prey.

This little-known event was part of what were called the “Beaver Wars” between French and English settlers in New France and New England. The Lachine massacre occurred when 1,500 Mohawk warriors attacked the small, 375-inhabitant, settlement of Lachine on Montreal Island on the morning of August 5, 1689. They burned the settlement and killed or captured many of the inhabitants. Some accounts say the number of French dead was 250. According to a 1992 article, the Iroquois killed 24 French and took more than 70 prisoners. François Vachon de Belmont, the fifth superior of the Sulpicians of Montreal, wrote in his History of Canada:

After this total victory, the unhappy band of prisoners was subjected to all the rage which the cruellest vengeance could inspire in these savages. They were taken to the far side of Lake St. Louis by the victorious army, which shouted ninety times while crossing to indicate the number of prisoners or scalps they had taken, saying, we have been tricked, Ononthio, we will trick you as well. Once they had landed, they lit fires, planted stakes in the ground, burned five Frenchmen, roasted six children, and grilled some others on the coals and ate them.

Surviving prisoners of the massacre reported that 48 of their colleagues were tortured, burned and eaten shortly after being taken captive.

When French soldiers were expelled from Haiti, local troops under the command of a black leader, Jean-Jacques Dessalines, decided to kill all the remaining whites. Here’s Wikipedia:

Squads of soldiers moved from house to house, torturing and killing entire families. Even whites who had been friendly and sympathetic to the black population were imprisoned and later killed. A second wave of massacres targeted white women and children.

Throughout the nineteenth century, these events were well known in the United States, where they were called “the horrors of St. Domingo” and they polarized Southern public opinion on the question of the abolition of slavery

This last is an interesting comment which most people today have never heard; the fact that the South, which had a large black population, was anxious not to repeat what happened in Haiti. They had seen race-based savagery across the water and they feared it. For a complex series of reasons, Indian troops mutinied against their British officers and went on a rampage killing Europeans and looting their homes. There were many violent incidents, so I will pick out one, the Cawnpore massacre. A rebel leader, Nana Sahib, gathered 200 women and children together and tried to use them as a bargaining chip to get British forces to retreat. When they did not, he decided to murder the hostages.

The situation for the prisoners was desperate: they had nothing to eat and were already dying of starvation; the soldiers had raped many girls and forced all the male children to take off their clothes, because they wanted to sell them, so now all the boys were stark naked. Finally, on 15 July, an order was given to murder the women and children imprisoned at Bibighar. The details of the incident, such as who ordered the massacre, are not clear. According to some sources, Azimullah Khan ordered the murder of women and children at Bibighar.

The rebel sepoys executed the four surviving male hostages from Fatehghar, one of them a 14-year-old boy. But they refused to obey the order to kill women and the other children. Some of the sepoys agreed to remove the women and children from the courtyard, when Tatya Tope threatened to execute them for dereliction of duty. Nana Sahib left the building because he didn’t want to be a witness to the unfolding massacre.

The British women and children were ordered to come out of the assembly rooms, but they refused to do so and clung to each other. They barricaded themselves, tying the door handles with clothing. At first, around twenty rebel soldiers opened fire on the outside of the Bibighar, firing through holes in the boarded windows. The soldiers of the squad that was supposed to fire the next round were disturbed by the scene, and discharged their shots into the air. Soon after, upon hearing the screams and groans inside, the rebel soldiers declared that they were not going to kill any more women & children.

An angry Begum Hussaini Khanum termed the sepoys’ act as cowardice, and asked her aide Sarvur Khan to finish the job of killing the captives. Khan hired butchers, who brutally murdered the captives with cleavers: most women had their breasts cut off; most children were slashed in the belly and their bowels spilled out; many little boys had also their genitals cut. The butchers left, when it seemed that all the captives had been killed. However, a few women and children had managed to survive by hiding under the other dead bodies. It was agreed that the bodies of the victims would be thrown down a dry well by some sweepers. The next morning the rebels arrived to dispose of the bodies and they found that three women who were still alive, and also three stark naked children aged between four and seven years old. The surviving women were cast into the well by the sweepers who had also been told to strip the bodies of the women and girls (the male children had been stripped before the massacre). The sweepers then threw the three little boys into the well one at a time, the youngest first. Some victims, among them small children, were therefore buried alive in a heap of butchered corpses.

4) The Taiyuan massacre during the Boxer rebellion of 1900.

The narrative is now only 117 years away, and yet the story is the same.

Protestant and Catholic missionaries and their Chinese parishioners were massacred throughout northern China, some by Boxers and others by government troops and authorities. After the declaration of war on Western powers in June 1900, Yuxian, who had been named governor in March, implemented a brutal anti-foreign and anti-Christian policy. On 9 July, reports circulated that he had executed forty-four foreigners (including women and children) from missionary families whom he had invited to the provincial capital Taiyuan under the promise to protect them.

Wikipedia suggests that maybe Yuxian didn’t order their execution and they were instead the victims of “mob violence.” The inference is that being beaten to death by a mob is somehow preferable to being shot on orders of the governor. It doesn’t matter; either officially or unofficially Chinese rage was aimed at white men, women and children. 5) Killing of nurses/white women in Hong Kong and Singapore, 1941.

Let’s take one massacre from the first example, the St. Stephen’s College massacre:

Several hours before the British surrendered on Christmas day at the end of the Battle of Hong Kong, Japanese soldiers entered St. Stephen’s College, which was being used as a hospital on the front line at the time. The Japanese were met by two doctors, Black and Witney, who were marched away, and were later found dead and mutilated. They then burst into the wards and bayoneted a number of British, Canadian and Indian wounded soldiers who were incapable of hiding. The survivors and their nurses were imprisoned in two rooms upstairs. Later, a second wave of Japanese troops arrived after the fighting had moved further south, away from the school. They removed two Canadians from one of the rooms, and mutilated and killed them outside. Many of the nurses next door were then dragged off to be gang raped, and later found mutilated. The following morning, after the surrender, the Japanese ordered that all these bodies should be cremated just outside the hall. Other soldiers who had died in the defence of Stanley were burned with those killed in the massacre, making well over 100 altogether.

The operative words in that account are “many,” “nurses,” “gang raped” and “mutilated.” And remember, these were Japanese, as civilized and urbane a people as it’s possible to find on the planet. Anyway, let’s move on to the Battle of Singapore. Again, it was the same at the British Military Hospital:

On 14 February, the Japanese renewed their assault on the western part of the Southern Area’s defences, around the same area that the 1st Malayan Brigade had fought desperately to hold the previous day.At about 13:00, the Japanese broke through and they advanced towards the Alexandra Barracks Hospital. A British lieutenant—acting as an envoy with a white flag—approached the Japanese forces but was killed with a bayonet. After the Japanese troops entered the hospital they killed up to 50 soldiers, including some undergoing surgery. Doctors and nurses were also killed. The next day about 200 male staff members and patients who had been assembled and bound the previous day, many of them walking wounded, were ordered to walk about 400 m (440 yd) to an industrial area. Those who fell on the way were bayoneted. The men were forced into a series of small, badly-ventilated rooms where they were held overnight without water. Some died during the night as a result of their treatment.The remainder were bayoneted the following morning.

This brief description doesn’t mention that the nurses were first raped, but other accounts do.

6) Hostage taking during the Simba rebellion in the Congo of 1964.

The Simba rebellion was part of the Congo civil war following de-colonialization by Belgium. It’s a complex story, but once again whites were the victims:

The rebels started taking hostages from the local white population in areas under their control. Several hundred hostages were taken to Stanleyville and placed under guard in the Victoria Hotel. A group of Belgian and Italian nuns were taken hostage by rebel leader Gaston Soumaliot. The nuns were forced into hard labor and numerous atrocities were reported by news agencies all over the world.

Fortunately, most of these people were later rescued by white troops.

Looking across the centuries at the carnage visited on white women when white armies are defeated, we see a strange similarity. Raping, mutilation and death is what they get if we fail them in battle. It doesn’t matter if they were friendly with the natives, if they were nurses, if they had babes in arms. All were cut down, cut up, raped, bayoneted, mutilated, burned and buried, sometimes alive.

Does anyone seriously think this pattern of violence has stopped, will stop, now, never to reappear in the future? The answer to that is obvious, but the solution less so. The issue is something we in the Noordlander Association consider a pressing concern.