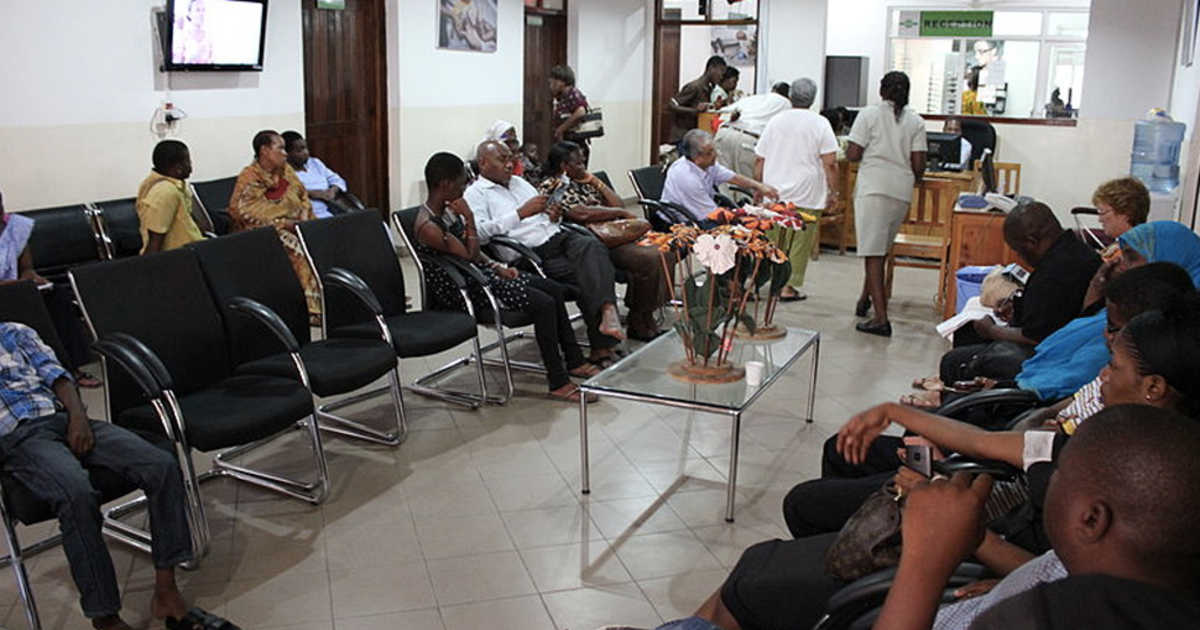 You know, the one that American progressives love so much from afar. The one that Canadians ardently loved too—until the 1990s. Then two things happened.

One was a dramatic shift in immigration policy taken by the then Brian Mulroney government at the end of the 1991, when it was announced that annual immigration intakes would virtually double. The second thing to happen was that wait times for necessary surgical procedures grew longer. And longer—until today, the median wait time today of over 21 weeks is twice as long as it was then.

Coincidence? It would stretch credulity to the extreme to deny a connection. The greater the number of patients, the greater demand that is placed on the system, and immigration-driven population growth has added more than 7 million medical consumers to the queue since the departure of “Lyin’ Brian”.

Last year, Canadian taxpayers spent roughly $250 billion on health care, an expenditure equivalent to ll.5% of Canada’s GDP. That works out to over $6,600 per person. Now, one would think that that would be enough to provide us with the comprehensive care we crave. But it’s not. Ours is not an integrated system. Unlike the British National Health Service for example, physiotherapy, dental care and vision care are not covered. Neither are ambulance rides, plus a host of other out-of-pocket expenditures, including, for most of us, the crippling cost of drugs. If the Trudeau government delivers on the promise of a national pharmacare program, you can add another thousand bucks to the $6,600. A figure that’s been growing 4% a year of late.

That $6,600, however, is just an average. What of elderly parents sponsored by adult children under the rubric of “family reunification”? What of the unskilled migrants from “non-traditional” sources who don’t earn enough income to offset the cost of the social services provided to them? Migrants who impose a net fiscal burden of approximately $35 billion a year on Canadian taxpayers? And what about the many tens of thousands of refugee claimants whose settlement costs anywhere from $12,000 to $20,000 a pop? It would be reasonable to assume migrants from Less Developed Countries come with a backlog of unattended medical problems.

Already the big ticket item in every Provincial budget—accounting almost half of all program expenditures—health care spending in this country is on an unsustainable trajectory. The reasons are many. Rising drug costs, the price of new medical technology, over-centralization, the lack of community health clinics, a failure to shift toward preventive and holistic medicine, a failure to implement economies, the under-funding of home care and the refusal of many Canadians to take responsibility for their own health—all factor into the conversation. But the elephant in the hospital room, immigration policy, is a no go zone.

This is not just an issue of financial impositions. There is a human cost as well. The cost born by Canadians who must endure acute pain while waiting in a long line up to get a CT scan or see a specialist, only to join another long line up to have the actual operation. If you want to gauge their suffering think not in terms of faceless millions, but of individuals you may know who suffer in silence or turn to pain killers to get them through the night, and the many months ahead. When I do that, I think of my late mother and the hardship she endured in her final years. I think of the evening when, at age 86, had a medical event in a Vancouver suburb.

Mom was rushed to hospital only to have to spend the night lying in a gurney in the hallway. All beds were taken. According to protocol, the paramedics who carried her in from the ambulance had to stand around until she was admitted to the emergency ward. They had a long evening. So did I. When morning broke we all knew each other’s life stories.

There was a lot of talking done that night, and at least half of it was in languages other than English. The signs posted near the waiting room and receptions were multilingual. English, Spanish, Chinese, Vietnamese and another from the Indian subcontinent. Our other official language—French—was not on the menu. Quite telling that. At times the scene was chaotic because staff were running around trying to make themselves understood.

That’s a common problem in Lower Mainland hospitals. Hallway medicine, stressed out nurses, and very long surgery waits—that’s the reality of our much vaunted health care system, a system that was not designed to cope with the crushing demands now made upon it, never mind the demands which the immigration and refugee lobby would further add. It is confounding that many of the people who grumble about having to wait 6 months to see a specialist or 8 months to get a hip replacement are the same people who favour open borders policies. They don’t connect the dots.

Thankfully, my mother survived the night, but her lifelong socialist convictions did not.

My parents were among the founding members of Canada’s democratic socialist party in 1933, the CCF, re-branded as the NDP in 1961. They fought for the establishment of a welfare state—a 40 hour week, unemployment insurance, government auto insurance…and of course socialized medicine. When the NDP finally formed the government in British Columbia in 1972, they were elated, like most working class people of their generation. Having met the brutal challenges of the Depression and the War, it seemed then that their sacrifices would be rewarded with a worry free future. They would never have to worry about getting the kind of care they would require in their golden years.

But like the loyal working class supporters of labour and social democratic parties in Britain, Europe and Australia, they were betrayed by the politicians who claimed to be their advocates. They worked hard and paid their taxes, only to see people who had never put a nickel into the system bumped to the head of the queue. It was sad to see their bodies fail, but it was heartbreaking to witness their disillusionment. Their God had failed them.

Mom and Dad never left the NDP. The NDP left them.