Is Maxime Bernier The Start Of Implicit White Identity Politics In Canada? 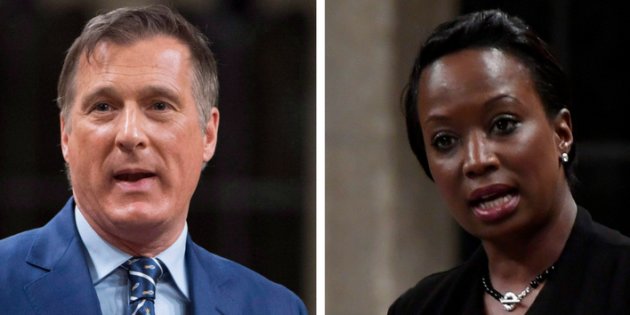 Today is a new day, there is a nice cool wind that has come in from the distance, breathing life back into Canadians. No, winter isn’t coming, Maxime Bernier has arrived. Who is he and what does this mean? I will explain first how we got to this moment, and then answer those questions.

Maxime Bernier is a 55 year old member of parliament (MP) from the Beauce region of Quebec, a very homogeneous white, Catholic, blue collar region of Canada. Until yesterday, he was an MP for the Conservative Party of Canada, and due to some disagreements with the leader, decided to quit and form his own party. While this is an otherwise ordinary occurrence, Maxime Bernier is not your ordinary politician. In 2017 when the Conservative party were picking a new leader, the internal vote came down to two individuals, Andrew Scheer and Maxime Bernier. Andrew Scheer won the final vote 51% to 49% and is the current leader of the Conservatives. There are buzzings on the internet that Scheer had some last minute bonus votes to give him the victory (but this is unconfirmed obviously), as well as far more donations than Bernier received. The point is that Bernier enjoyed, and still enjoys, tons of support and narrowly missed out on being leader of the Conservatives in 2017.

Over the past few months, Bernier and Scheer have had notable differences in opinions, with Scheer publicly denouncing Bernier on multiple occasions. Most notably, they have vastly different views on multiculturalism and on supply management. On the latter, Bernier believes that supply management should be abolished, because Canadian consumers are being ripped off for artificially inflated dairy prices, whereas Scheer believes it is good for Canadians. On multiculturalism, Bernier believes our commonalities should be stressed in Canada, and not pander to every specific interest group like Trudeau and the liberals are known to do. Scheer believes pandering to them is good because that’s Canada. As a result, there are people who call themselves the true conservatives who supported Bernier on such matters, and the liberal-lites (and Conservative for life voters) who agreed with Scheer. Most recently, about a week ago, Bernier tweeted out:

Having people live among us who reject basic Western values such as freedom, equality, tolerance, and openness doesn’t make us strong.

People who refuse to integrate into our society and want to live apart in their ghetto don’t make our society strong.

Trudeau’s extreme multiculturalism and cult of diversity will divide us into little tribes that have less and less in common, apart from their dependence on government in Ottawa.

These tribes become political clienteles to be bought with taxpayers [money] and special privileges.

For this, he was pilloried by the media, and Scheer publicly denounced Bernier, saying Bernier doesn’t speak for anyone but himself, and his views do not represent those of the Conservative party of Canada. Publicly denounce your own party member, especially one with a lot of support across Canada (the silent majority), and he will leave. And that’s exactly what he did, he left the party and says he will start a new party. What has happened next is both strange and predictable. Since leaving, Scheer and others have accused him of handing the next election to Trudeau, and have called him a man with a large ego incapable of putting the group before himself. But Bernier also explained why he was leaving, saying:

I have come to realize over the past year that this party is too intellectually and morally corrupt to be reformed.

Ouch. What has also followed are the predictable attacks from all sides. Attacks from Conservatives accusing him of being an egomaniac and splitting the conservative vote. There are a lot of people on the internet calling him selfish and undemocratic and bitter. From liberals and the entire liberal media and elite establishment, the attacks have already come out saying how he is un-Canadian, a bigot for questioning diversity, on the wrong side of history, a French separatist and of course, a white supremacist.

Hilariously, I was listening to a clip on a news channel, and the question the reporter asked was “Do you think you’re similar to Donald Trump?”, an obvious attempt at framing him in the next day’s news as Trump, i.e. literally Hitler. Watch for this to continue going forward, as the already hyper liberal Canadian media is doubling down on anyone that challenges their orthodoxy on such matters. Free speech is dead in Canada, but Bernier has shown the willingness to talk about taboo matters, and for that he is taking a bold fresh step that Canadians these days never take, and in my opinion those who refuse to discuss taboo matters will learn them the hard way in the end.

From my perspective, this is fantastic news. A lot of conservatives, traditionalists and nationalists in Canada are very excited about this. We are excited because finally we have someone who we can vote for who is willing to have the tough discussions, to question the brainwashing like “diversity is our strength”, who actually says how he feels with unabashed honesty, and will not kowtow to the liberals or the media machine.

Some say he was selfish to leave the Conservatives, but he is right in saying that the Conservatives have lost their moral compass and attempt to conserve nothing, and for that he believes that the party will eventually lose because they are neither here nor there, they are not as liberal as the liberals, nor are they actual conservatives and standing up for Canada. Contrast this with when Bernier took on the radical Liberal MP Caesar-Chavannes, who essentially told him to check his privilege and shut up because he is a white man, and Bernier bested her both in fire and in logic, a knock out blow for Marxists.

We should all applaud a man who stands up for his convictions and puts his career, reputation and body on the line to do so, lord knows we don’t have enough of such people these days who tell the truth and won’t back down. And that’s basically what it comes down to, our society hates the people who built this country; traditional masculine assertive white men. It’s why they hate Trump, it’s why they hate Bernier, it’s why there is a war against boys and men.

At this far-gone point, if the media hates someone and our elites denounce something, that thing is probably something that brought us a lot of good in creating the best country on earth, that’s how corrupted they have become. We will all wait and see what kind of party Bernier will create, such as its beliefs, the platform, candidates, the name and optics, and whether we should throw our full support behind it. He isn’t perfect and it might not even be possible to fully reverse the damage done in Canada, but for the moment he’s the best we’ve got and a conversation starter. At the very least, this means that Canada has a legitimate third option, and yes, the NDP have no hope with their Andrew Scheer wish-washy equivalent of the liberals in a turban, and this can only be a good thing.