White Pride In Developing The World 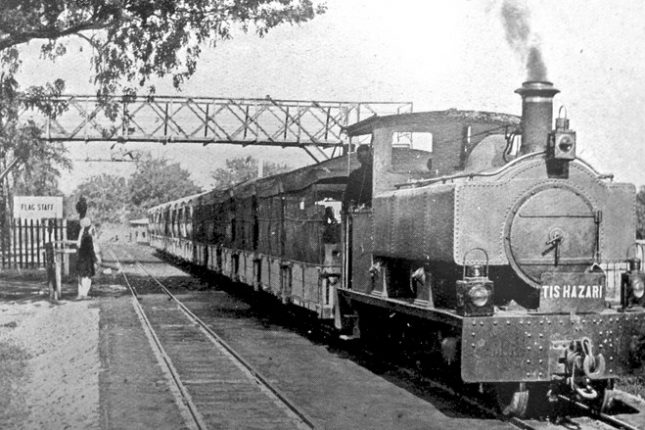 Whites are the only race prohibited from having any pride in their ancestors. Millions of white students across the West are told daily their history is a litany of crimes, while foreign immigrants are told to be proud of their heritages and to believe that without white racism and imperial exploitation their cultures would have flourished beyond anything seen in the West.

They have declared a racial war against whites consisting of four angles: i) denigrate white history, ii) celebrate third world peoples, iii) condemn as racist negative statements about the history of non-whites, and iv) call racist any white who admires the achievements of his ancestors.

These angles are intrinsically connected around the idea that modernization of white nations was possible only through the “underdevelopment” of non-white countries that had long been more advanced. White nations became rich by plundering non-white nations, derailing them from their own “communitarian” path of progression, destroying their identities and “self-respect”.

Indian MP Shashi Tharoor recently lectured white students at the Oxford Union that only non-whites have a right to “self-respect” whereas whites should simply pay “reparations” to India for colonialism. Britain was a backward nation before “accidentally” acquiring an empire based on the looting and plunder of the more civilized Indians. The Guardian gave him a special front page opportunity to make his case:

The process of colonial rule in India meant economic exploitation and ruin to millions, the destruction of thriving industries, the systematic denial of opportunities to compete, the elimination of indigenous institutions of governance, the transformation of lifestyles and patterns of living that had flourished since time immemorial, and the obliteration of the most precious possessions of the colonised, their identities and their self-respect. In 1600, when the East India Company was established, Britain was producing just 1.8% of the world’s GDP, while India was generating some 23% (27% by 1700).

Only years of British self-flagellation have given Tharoor’s argument any force. The argument is devoid of empirical support. The British had the easiest time taking India over because it was a totally corrupt, inefficiently-run, caste-divided, backward, starving, inept, irrational empire. The little statistic he offers in the just cited passage is incredibly misleading and not quite accurate. It is based on calculations by multicultural historians, such as Kenneth Pomeranz, who were determined to elevate Asia over Europe as part of creating a multicultural curriculum. They argue that Asia was “richer” than Europe before the industrial revolution began in 1750/1820 and that only the exploitation of non-Europeans enriched Europe.

But all the estimations about Asian superiority have been refuted. First, it should not be surprising that India and China were generating a higher percentage of the world GDP since these two nations represented about one-third and one-quarter of the world’s population, respectively. They were producing a lot of rice for hordes of people barely surviving.

The most reliable estimates of economic well-being before 1850 are by The Maddison Project, which concentrate on GDP per capita. These estimates are a continuation of the work of Angus Maddison. In their most recent report they observe:

A substantial amount of new work has been published in the past ten years which is generally consistent with the picture Maddison put forward in his 2001/2003 framework. The most severe criticisms at his estimates by Pomeranz (2000) and other specialists on Asian economic history, that he systematically underestimated real incomes in large parts of Asia in the 18th and early 19th century, has generally been proven wrong: detailed research by scholars working on India, Indonesia, Japan and China has shown that the magnitude of the real income gap as estimated by Maddison was about right.

Maddison’s estimates for that period have been criticized because they show an
already substantial gap in real incomes between the different parts of EurAsia; in
Western Europe the average GDP per capita was about 1200 dollars, whereas China
and India were estimated at between 500 and 600 dollars. Recent studies on this topic
generally confirm Maddison’s interpretation.

Whites should not concede one inch to this racial war against them. They should not only show that Europeans were already ahead of non-Europeans by the time of the ancient Greeks, but were in fact responsible for developing the rest of the world.  One can concede that, in terms of gross economic output, Asia was ahead of Europe before the industrial revolution due to its vastly larger population  and the naturally higher productivity of rice over grain agriculture.

Broadly speaking, however, when we look beyond mere gross output, pre-industrial Europeans were ahead not only in per capita income but in all spheres of human life. Going back to prehistorical times, the Indo-European Aryans were responsible for the domestication and riding of horses, the co-invention of wheeled vehicles, the major agents behind the “secondary-products revolution,” the invention of chariots, the creation of the most dynamic language in history, the proto-Indo-European language, and the cultivation of  the only aristocratic culture in history (in which rulers were not despots but first among equals) — all of which allowed them to conquer large swaths of lands in the East and West, Persia, India, Anatolia, Russia, and Old Europe.

The ancient Greeks dominated Mediterranean commerce, were responsible for the invention of mathematical proof and logic, artistic realism, prose writing, historical writing, real politics beyond palatial despotism, infantry warfare, the highest sequence of the great thinkers in history, culminating in the Hellenistic Revolution in Science.


It was the Romans who created the first rationalized legal system that recognized each citizen as a legal person, together with the creation of an empire in the most contested region of the planet, the Mediterranean world. This empire was essential in the transmission of Greek achievements to the European western and northern lands. Romans welcomed Greek culture, preserved and protected it. Romans always felt a strong kinship with the Greeks, because they instinctively understood that both were rooted in Indo-European aristocratic values. Romans also provided Christianity with a large territorial landmass and the administrative structure that made possible the elevation of Christianity into a “universal religion,” which was critical in affording European peoples with a religious partnership, Christendom, during the Middle Ages. Christians educators were crucial in preserving and passing on the Greco-Roman heritage to European barbarians. These realities make Rome the greatest empire in history.

It was during the Middle Ages that universities were first created, towns with corporate autonomy, the “first modern legal system,” mechanical clocks, the scholastic method of investigation, the best water mills, Romanesque and Gothic architectural, the three field system of agriculture, the Renaissance in the 12th century.

Whites Developed the Rest of the World

But the point I want to emphasize here is that Europeans have been the ultimate developers of  the world.  Tharoor complains that the British did not give Indians representative institutions, equality of rights and all sorts of goodies he expects for free, employing white guilt to extract reparations, as if empires are rose gardens and as if India today is still not caste divided with lots of shitting on the streets.

But here is the most salient fact: Without the diffusion of European inventions there would have been no development anywhere. After one examines all the varying factors involved in the developmental experiences of non-European nations, the truly ultimate factor, the one  variable that stands apart as the most important, has been the diffusion of technologies invented by European nations.

Geographical conditions, type of governments, and cultural values have undoubtedly played a role in encouraging or obstructing diffusion, but the rider in all cases of non-European industrialisation has been the diffusion of European inventions, not whether non-Europeans were able to invent new technologies. All the countries that developed outside Europe, managed to do so only in the degree to which they created the setting for the assimilation of European technologies. Japan, China, South Korea did not industrialize thanks to domestic inventions but only insofar as they carried out political reforms conducive to the integration of technologies invented by Europeans.
Only after they industrialized, Japan first, and now South Korea, Taiwan, and  China, are we witnessing domestic inventions. Moreover, the modernisation of the political institutions, upon which Asians relied to create the framework for the adoption of European inventions, was itself a European creation. Europeans were not responsible for creating liberal-democratic states only; they were also great rationalisers of institutions and governments, which sometimes came together with liberalism, but not always, as the case of Germany showed with excellence.
The German path has been called “authoritarian modernisation from above”, that is, industrialisation led by the old agrarian Junker class in cooperation with the new industrial class, both committed to the creation of an efficient rational state and capitalist economy, by means of universal conscription, centralisation of power, state promotion of industry, technical training of future state officials, emphasis on a scientific (but also a nationalistic-authoritarian) curriculum. Japan’s industrialisation is unthinkable without a consideration of their adoption of this “German model” of rational authoritarianism.
Don’t let tricksters like Tharoor demand “respect” for Indians while trashing your own history. Don’t let them tell you that you have no right to be proud of your ancestors while every other group, blacks, Asians, and gays are constantly told to be proud. Without the diffusion of white technologies Tharoor would have little to brag about India today.