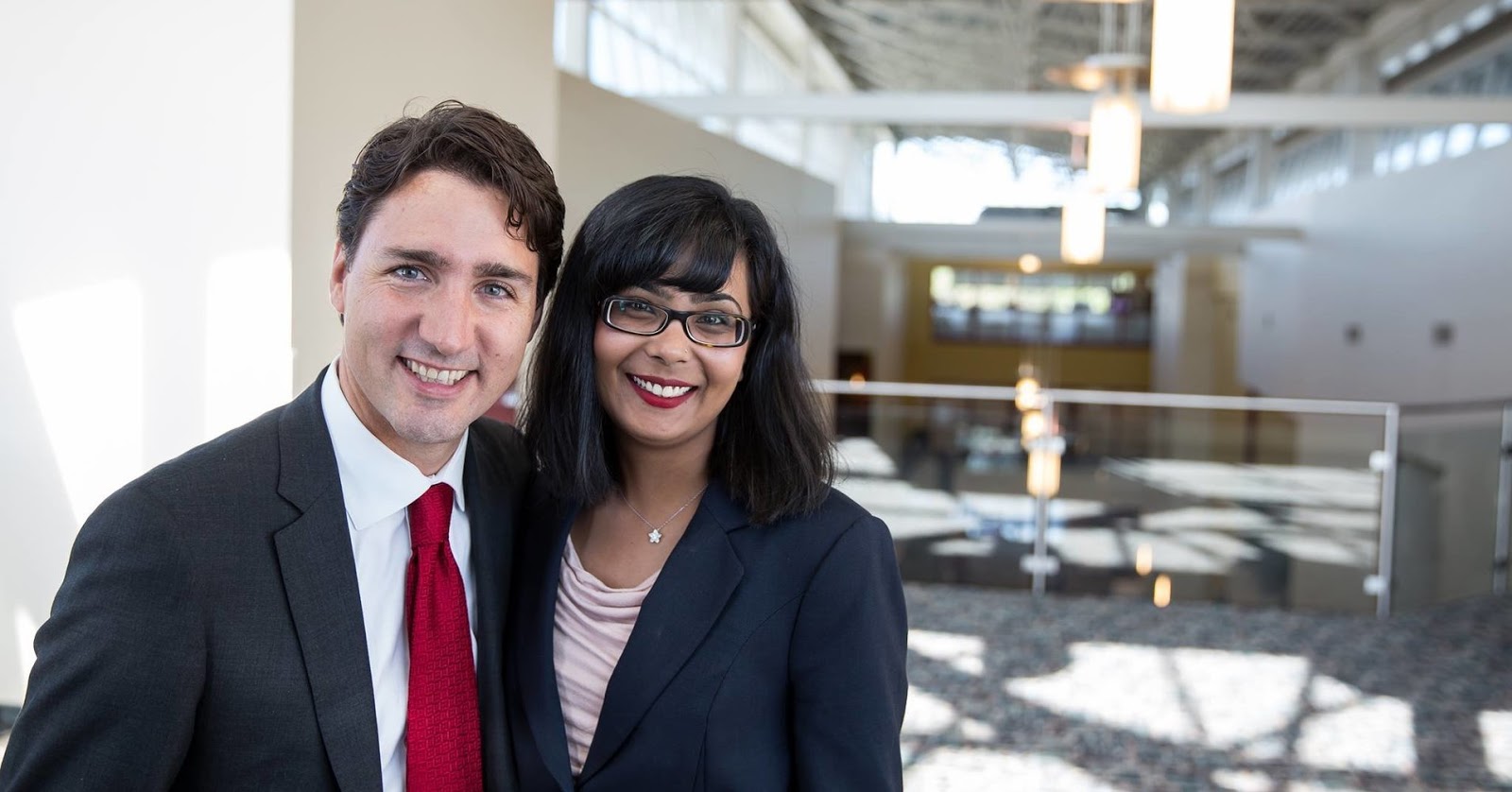 Let’s put that $23 million in context.

As many of us will recall, when candidate Justin Trudeau promised that a Liberal government under his leadership would spend $13 billion of borrowed money on infrastructure projects, he was reminded of the huge scale of our federal debt, and asked if instead he should not endeavour to balance the budget. He dismissed those concerns with one pat answer. “Budgets balance themselves”. Really? What a relief. I guess I shouldn’t worry about my negative cash flow or my growing line of credit debt. It will all work out in the end. Interest rates will remain at historic lows and my income steady. Sure my debt levels are worrisome but, as Mr. Micawber in said in Dickens’ David Copperfield, “something will turn up.” Especially in Canada where, as Justin said in his victory speech, “Anything is possible.”

Trudeau needs to know that it is Canadian taxpayers — ordinary working Canadians and small business entrepreneurs — who service the debt. The debt does not service itself. Even if the government’s optimistic projections prove true, these servicing charges will increase 35% by 2022, or $33 billion. This is $9 billion more than taxpayers already pay. Trudeau assures us that the size of the debt doesn’t matter. It the size of the debt in relation to the size of the economy that we should focus on. The “debt to GDP ratio”. So relax and go back to sleep.

But this contention is premised on continuing economic growth, fairly robust growth at that, considering the circumstances. Trudeau’s flip answer assumes that the economy will grow as he expects it will. Trudeau has not factored in the spectre of rising interest rates (which are creeping up) and the very real possibility of losing American customers thanks to the collapse or unfavourable renegotiation of NAFTA. We have a 2 trillion dollar economy, but American customers are responsible for 20% of our business ($400 billion). Moreover, as interest rates on American government bonds go up, Canada must raise its interest rates to match it, or the bond buyers who pay for our debt won’t buy our bonds. It’s called market competition, or shopping around. Simple stuff.

One question though. Who buys our bonds? Not the poor. Not the working poor. Not ordinary working Canadians or small businessmen. For the most part, it is the relatively WEALTHY who buy bonds. In fact, big banks and financiers encourage their clients to buy bonds, and are very happy that governments like Trudeau’s continue to borrow and issue T-bills as if they are going out of style. Quite ironic, when you think about. A Leftist government grows the debt, which is serviced by working and small business class Canadians so that rich people can reap the dividends from government treasury bills. In effect, the champions of wealth and income redistribution pursue a fiscal policy that amounts to a massive transfer of wealth from the people they claim to represent to the people they vow to heavily tax. Go figure.

Social democrats who claim to be the advocates of the downtrodden should think about that. Runaway deficit financing is a rich man’s dream and a working man’s long term nightmare. Wanton over-spending now will result in savage cut-backs down the line, with reduced incomes, higher classroom sizes, longer surgical wait lists, high government fees, higher public transportation fares — you name it. One wonders how many socialist governments have to fall before that lesson sinks in. How many Leftist administrations, elected on the promise of more social services and public works projects, have to bite the bullet of austerity after the hangover of irresponsible spending wears off?

It’s 2018 Justin, but you still cling to an obsolete 80 year old failed paradigm that usually fails politicians like you choose to ignore the other half of the Keynesian formula. Yes, it might be advisable to borrow and spend your way out of a recession, but in good times, a government needs to CUT back spending to pay off the debt. Somehow, that seldom happens. I wonder why. Could it be anything to do with the fact you need the revenue to pay back friends, reward apparatchiks and expand an already bloated bureaucracy? After all, the burgeoning immigration and multi-cult propaganda industry needs its grants.

The Liberals (NDP and Greens) believe in a government-directed economy. They believe that government is more competent to spend our money than we taxpayers are. So instead of leaving us with enough disposable income to hire the local mechanic to fix our car, or the local gutter cleaner to clean our gutters, or the local electrician to wire our house, for example, a Leftist government takes the money we would otherwise use to pay local businesses to do these things or provide services that we actually value and instead gives it to political and cultural groups who spread their ideology and reward them at the ballot box. (Consider the mutual back scratching arrangement that Liberal governments have had with the CBC). While businesses in a market economy make money by making products or providing services that we want, business (and organizations) in a government-directed economy they get their money by lobbying politicians. And since businesses go where the money is, more and more businesses are hiring and funding lobbyists. Just what our economy needs, right? Jusk ask Bombardier.

Thomas Jefferson once remarked that “To compel a man to subsidize with his taxes the propagation of ideas which he disbelieves and abhors is sinful and tyrannical”. By that measure then, there is nothing more morally repugnant than the Trudeau government. Thanks to extortion, ordinary taxpayers are forced to pay for the propagation of other people’s ideologies. In Canada we are forced to pay for CBC Pravda, Indoctrination University, the inquisitors of Canada’s kangaroo courts, political parties, partisan environmental groups, ethno-cultural organizations, pro-immigration lobbyists dozens and dozens of “anti-racism” and pro ‘diversity’ projects, and grievance mongers who feed off the white guilt inculcated by propagandists in the guise of high school and college teachers….for an endless parade of parasites. Together they constitute a vastly expensive stratum of uselessness that weighs down on hard working Canadians who struggle to pay the rent or service their mortgage and simply put food on the table.


The most galling thing about this caste system is that the beneficiaries fancy themselves as moral paragons, as warriors in a noble cause, the cause of treason. The agents of an ongoing agenda of downgrading the contribution of “old stock” Canadians and their ancestors to this once great nation, and characterizing their legacy as one of racism, oppression and ‘privilege’. When you think about it, these hypocrites owe their station in life not to what they know, but who they know in Ottawa or countless other epicentres of cronyism across the land. The city councils and provincial governments who use our money to float the careers and hobbies of people we wouldn’t hire to mow our lawn. Their only job skill is their ability to sing the government’s tune. You know the lyrics. “Diversity is our strength.” Say that a thousand times and you might believe it. That is, if you are blind man with the IQ of a grasshopper.

Our country is in trouble. Never mind the government debt to GDP ratio. The household income to debt ratio is worse. Put together with the federal debt — which all of us are responsible for — our debt represents 300% of our entire economy. The worst in OECD. Worse than Greece! Then along comes Isqra Khalid and her $23 million of political funding. Think about $23 million could have done. Think about how many extra beds it would provide for a seniors care facility? Think about how many visual imaging machines it could provide for your local hospital. Think about how what ordinary taxpayers could do with even a fraction of that $23 million. Think of how far they could make it go. It almost makes you cry.

I am crying all right, but my tears are tears of rage.