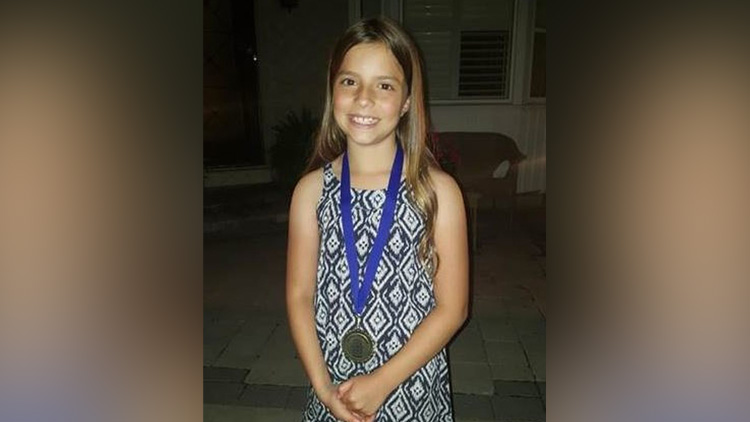 I like to think of myself as a cerebral and disinterested man in my philosophical undertakings. I prefer to avoid emotional involvement as much as possible in my interactions with the world, although I know that is an impossibility. Thus, I strive to demonstrate the minimum acceptable in order to convince those around me that I care and to remind myself that I have a soul.

Yet, as I write this, I am seething with fury — as should all of you who are smart enough to find yourself regularly reading here on the Council of European-Canadians.

Look at the photograph at the top of this article. This is Julianna Kozis. She was until recently a ten-year-old Canadian — EURO-Canadian — girl with a family who were blessed to see that smile every day. Julianna was of humanity’s finest and most illustrious bloodlines and was fortunate to be growing up what was until recently one of the greatest countries in the world. She was, to paraphrase a poetic national treasure, a girl “who lived, felt dawn, saw sunset glow”.

Reese Fallow was the other EURO-Canadian girl killed by Pakistani Immigrant Faisal Hussain.

But now, Reese and Julianna belong with the dead.

I never met Reese or Julianna. Likely, we’ve never even crossed paths in the same city or town. But I know their faces — not theirs specifically, but the faces of our youth and our future. I see in them the emotion of Euro-Canadians who, although unaware of it, are living for what centuries of back-breaking work, sweat, cooperation, and ingenuity of our ancestors built for us. All of this was wrapped together in a pride rightfully earned: that a man who respects all that his ancestors gave him can hold up in his arms a daughter like Julianna and Reese with pride to show the world who were, where we come from, and that we deserve to be here.

There are all too many in this country who believe that. However, the weapons they use to make that statement vary: sometimes it’s television commercial propaganda to show us mixed-race families; sometimes it’s accepting jihadists as ‘refugees’ into Canada while turning away Afrikaners escaping black violence; and sometimes, it’s murder — in this case, THE MURDER OF OUR CHILDREN!

Julianna Kozis and Reese Fallon are two of many of our women who have been sacrificed on this altar of multiculturalism.

I was reminded today of Maria Ladenburger. She was a nineteen-year-old German girl, a student of medical school, who was raped and murdered by an Afghan refugee before he dumped her body in a river:

I don’t have enough room here to post all of the pictures I could find of the women and children of our Civilisation who have been raped and/or murdered by the jihadist influx into our countries. For those of you who are regular readers of CEC material, I don’t need to. As for those in this country who are not as aware of the threats Canada is facing, I believe the murder of Julianna Kozis and Reese Fallon will represent a turning point.

No mentally-healthy man can learn of the murder of beautiful young girls like Reese and Julianna and not feel fury and a sense that justice must be done. Of course, justice will not be done; the murderer went to face his god like a good little mujahideen, his family and friends all have expressed shock and sadness about what he did, and the Liberal government’s response will undoubtedly be to blame the gun, or Canada’s lack of compassion, or some other nonsense as to why this happened.

My hope is that our national media — dominated heavily by women, especially in television news — will begin to show more compassion and concern for Canada’s women and children than they do for refugees (fake or otherwise) who love our money but hate our Civilisation. Woman’s protective instinct over children will, as crimes such as what happened to Reese and Julianna increase, eventually break free from the strangleholds of their multiculturalist indoctrination which currently forces them to accept the deaths of our own as a necessary price for some cultural Maoist rendition of justice for supposed crimes our ancestors committed.

As for those of you reading today, I shouldn’t need to tell you this, but I ought to anyway, since many things we shouldn’t need to say often do need it nowadays: what will you do to honour Julianna Kozis and Reese Fallow? Flowers and lit candles do nothing to the massive influx of immigrants into our lands. The reason these attacks continue is because our enemies believe that we will do nothing other than lower the flag to half-mast, place a tear drop on our daily social media post, and then move on. No problems have been resolved, and we’ve simply abandoned another trench to the enemy. When will you stand firm and put your honour and the honour of those who can’t stand with you over your fear of the trivial things?

It’s time to put things in perspective: criticism, lost of “friends”, ostracism by establishment supporters, or social media tarring of your reputation, are nothing. But our women and children’s lives are everything — because without them, our nation has no future.