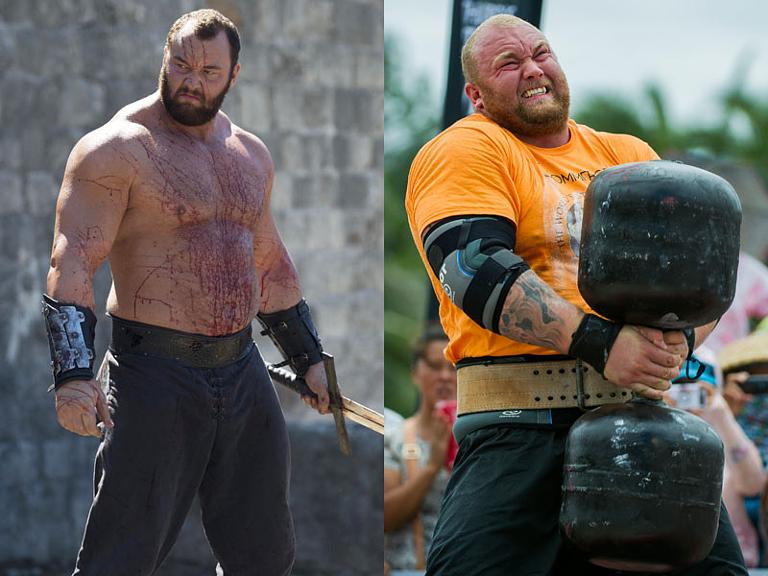 Many take it for granted that black men dominate sports and that they are genetically superior in athletic competitions. This perception was developed into a full argument in Jon Entine’s book, Taboo: Why Black Athletes Dominate Sports and Why We Are Afraid to Talk About It (2000). In reality no one has been afraid to talk about this supposed black domination in sports. Some in the media qualified Entine’s arguments, but no one condemned them.

What they would condemn is the truth: Whites are actually far better athletes.

Entine claimed outright that blacks athletes are genetically “better at sprinting, endurance running and jumping — the sort of skills required for success in most major sports these days.” This was a “scientific truth,” he argued. He predicted that in a few years time whites would barely withstand black competitiveness. Winning medals would be a distant memory for whites.


The media reaction was favorable. Stefan Molyneux interviewed Entine in 2015, agreeing that “in virtually every sport in which they are given opportunity to compete, people of African descent dominate.” Some journalists raised a few qualifications emphasizing the role of cultural factors. But on the whole they were quite comfortable debating black physical superiority.
The New York Times review happily stated without equivocation that “the evidence of black superiority in athletics is persuasive and decisively confirmed on the playing field“. Some journalists added that White people only dominate sports that require expensive equipment, such as golf, sailing, hockey. Others surmised that without “the economic gap”, without “racist control” of the economy by whites, blacks would dominate every single sport.
Actually, the only condemnations  came from the academic world. The author Jon Entine, thought to be White but really a Jewish guy from Australia, was accused of perpetuating the stereotype that blacks are good in athletics but not in academics.
They are lying. The scientific evidence is decisive: Whites, both males and females, dominate almost all the competitive sports. Blacks are very good in some sports, the sports that American media moguls love to showcase, basketball and football. They are also dominant in some athletics, but mainly just running. They are not good in all jumping competitions, white males and females absolutely dominate the pole vault Olympic medals.
The constantly repeated phrase that “white men can’t jump” is a another lie of the establishment: White athletes have dominated the high jump. Just check the male and female Olympic medalists.
As far as “major sports” are concerned: Whites dominate Hockey and Soccer and Tennis and Golf, and, to a considerable degree, Baseball as well. The majority of the top 100 Soccer players in the world are white. While some blacks have been excellent at Baseball, in a very good assessment “ranking the 25 best Baseball players of all time“, Whites outnumber non-whites 20 to 5.

The ten most successful nations in the Winter Olympics are all White nations.
White males and females also dominate the Summer Olympics. Nine of the ten nations with the most Olympic medals are White. It is true that a few of the medalists in these White nations are black. But aside from a few competitions in athletics, whites have decisively dominated Triathlon, Swimming, Archery, Water Polo, Canoeing and Kayaking, Cycling, Wrestling, Gymnastics, Equestrian, Fencing, Field hockey, Handball, Lacrosse.

When one considers that Whites have always been a racial minority in the world, these statistics are outstanding.

Whites have been very competitive, and sometimes dominant, in all the other competitions, such as Boxing, Running, Volleyball, and Judo.
Almost all the “all-time top 25 decathlon athletes” are White. Yes, Aston Eaton is ranked number 1, but he is half white, and the second and third in rank are white.
Therefore, Jon Entine’s claim that blacks athletes are genetically “better at sprinting, endurance running and jumping” is false. They are clearly better at sprinting only — and not always:
Dafne Schippers, the best 200 meter sprinter in the world, Olympic Gold medalist: cleans out all black final in 200 meters.
Now, whereas some whites have been excellent runners, white men have totally dominated the world’s strongest men competitions since they started in 1977. Whites have placed in the top three since 1977.

In a contest that measures one of the most important attributes of physicality, strength, white domination is absolute. Here is a list of the “top 15 most impressive world’s strongest men“.

Finally, don’t forget that Whites invented the Olympics, invented almost all the sports in human history, and all the theories and techniques of football and basketball.  Why this is the case? Unlike the “racist” argument of Entine, who claims outright that blacks are “genetically superior”, I am simply enumerating the facts.