Stephen D’Sousa: A CBC Reporter Who Wants To Control The Narrative On Immigration 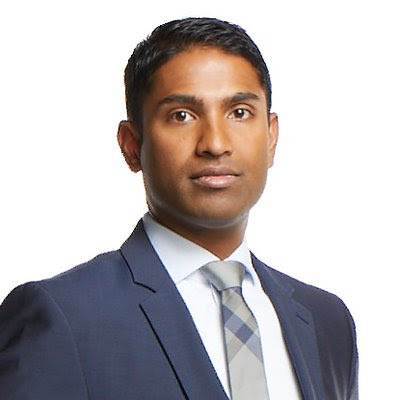 Members of the pro-CBC lobby, the “Friends of the CBC”, must be in a state of shock this afternoon. Until now, they thought that they could rely upon their trusted Leftist gatekeepers to protect them from inconvenient truths. But suddenly, without warning, the CBC TV news channel was given over to Trump’s conference with “Angel” families, people whose children or loved ones were murdered by illegal aliens.

Suddenly the “Friends” were faced with reality. Suddenly they saw real victims of an open borders policy which they embrace both here and abroad. After shedding an ocean of tears over the constant audio replay of crying children cruelly separated from their parents by US border agents, they were confronted with the images of obviously distraught adults still looking for justice for the murder of a daughter, son or spouse at the hands of an illegal migrant. Most have waited decades for justice and closure, to no avail. The progressive mainstream media apparently uninterested in their agony, or afraid that their tales would serve as an indictment of the government’s failure to secure the borders.

The stories that the “Friends” heard today were so compelling that is entirely possible that some of them hit home. Who knows, after watching this conference, some of these ‘Blue state Canadians” might have been bright enough to connect the dots between unsecured borders, catch and release practices, sanctuary cities and the murder of innocent people. Perhaps some of these congenitally stupid progressives have been given pause to think that violent criminals are among the hundreds of illegal border crossers who are permitted to simply walk into Canada every day.

The CBC anchor who introduced the breaking news story, Natasha Fatah, was visibly shaken. To learn that at least 63,000 Americans have been “permanently” separated from their loved ones by illegal migrants and that open borders policies continue to inflict pain of this kind on innocent Americans was obviously too much to handle. I thought I saw a tear in her eyes. I guess that a seasoned CBC mouthpiece can only manage a tiny dose of truth in a day.

When the conference convened, Fatah seemed momentarily at a loss for words. Then like a stymied contestant on a game show, she reached out to a lifeline for help. Alas it came in the form of trusted CBC Washington reporter Stephen D’Souza, who scrambled to put the best spin he could on what viewers had just seen. In the tradition of fabled fools like his predecessor Neil MacDonald, D’Sousa handled the assignment with finesse, though without MacDonald’s trademark dismissive arrogance.

While he allowed that the testimonies were genuine, D’Sousa felt the need to point out that “studies show that undocumented immigrants commit fewer crimes than Americans”. There is substantial evidence showing that illegal aliens do commit a disproportionate share of crimes, but even if D’Sousa’s claim was right, his logic is rather odd at best. I mean, why bother to vet migrants if there are disproportionately fewer killers in their ranks, right? This is akin to saying that since most drunk drivers have valid driver’s licences, we shouldn’t care about the victims of drunks who drive without a licence. Or that we shouldn’t have road checks on Highway B because more drunks drive on Highway A. The fact is, thanks to lax border control, innocent Americans are being killed by ‘bad hombres” who would have never gotten into the country if the borders were secure and migrants vetted.


This is the main point that D’Sousa and the Friends fail to grasp. Just as they fail to grasp that the catch-and-release of criminal illegal aliens has resulted in a great many more tears than have been seen flowing in detention centres. But then, progressives are not numbers people. They don’t think in quantitative terms. In truth, they don’t even think as much as they emote. They are moved by images. The image of a crying child at the border or a dead child on Mediterranean beach is enough to overwhelm their judgement and jettison policies that by necessity must weigh positive and unavoidably negative outcomes. Too bad the media doesn’t show images of the thousands of children who have cried at the news that their mother or father had been killed by an illegal migrant.

The trouble is, two can play the game of emotional button pushing. The Left has its photographs, but Trump has personal testimonies. For the Left, there is nothing more upsetting than being beaten at its own game, as they were today. That is why, when they are wounded, they look frantically for spin doctors. Somebody, for example, who can deflect attention away from migrant crime by pointing out that other people commit crimes too.

If one idiotic observation was not enough, D’Sousa went further. Even if, he opined, the iconic “crying child” depicted on Time magazine was not, as reported, separated by border agents, the viral photo at least reflected the reality on the ground, the predicament of children in detention. D’Sousa dismissed Trump’s conference with grieving families as an attempt to wrest control of the “narrative.” How dare he. Obviously Trump didn’t get the memo about the Left having patent rights in that area.

Keep in mind, these comments did not issue from a panelist in a TV debate but a ‘reporter’. Someone who, as the name implies, reports the news, not shapes it. A reporter worthy of the name understands that he is entrusted to be a dispenser of facts, not opinions. A reporter with any integrity would understand that it is not his job to act like a critic of the politician he is covering. Good reporters do not display partisanship.

But good reporters of the old school are rare these days, especially if they work for the Complete Bullshit Corporation (CBC). This is what journalism has become. This is what contemporary CBC journalists are like. This is the kind of neutral, objective news coverage Canadians get from the broadcaster they pay $1.1 billion each year to subsidize.

The CBC is a disgrace.