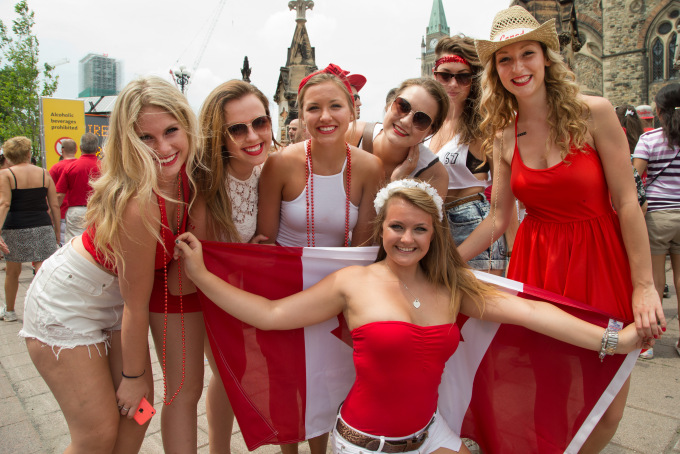 Don’t let them deceive you. Canada’s Charter of Rights and Freedoms (1982) and the Multiculturalism Act of 1988 encourages Euro-Canadians to “preserve” and “enhance” their cultural heritage and ethnic identity. Section 27 of the Charter clearly states that the “Charter shall be interpreted in a manner consistent with the preservation and enhancement” of the culture of all ethnic groups in Canada, including Euro-Canadians. The Multiculturalism Act clearly states that “all citizens,” including Euro-Canadians, “are equal and have the freedom to preserve, enhance and share their cultural heritage.” The racial identity of Euro-Canadians is part of this cultural heritage since this heritage was built by them.

Canadian law recognizes the fundamental right of Euro-Canadians to advocate for a Canada that remains majority European in its ethnic and cultural character.

It may seem contradictory to be encouraging White identity politics through the employment of multicultural principles that were intended in their inception to encourage the dominant majority Anglo-European people to “respect” the “human need” of non-European minority groups to cherish and enhance their ethnic and religious identities within the framework of Canada’s political system. Is not multiculturalism a call upon the government to provide extra funding for minority cultural programs as well as “special” rights for non-European groups against past “historical wrongs” and “persisting” discrimination by the White majority?

Section 27 and the Multiculturalism Act are indeed viewed by minorities as legal weapons to “enhance” their ethnic interests in Canada against the “privilege” of Whites. Legal historians inform us that Section 27 was “the result of intensive lobbying by Canada’ ethno-cultural communities [non-Whites] for… a larger share of power in Canada’s political system” [1]. They also tell us that Section 27 was meant to afford minorities with “group rights” (in addition to the individual rights Canadians generally enjoy) to protect their cultures and their racial identity from “dominant” Whites.

That’s the point: group rights for Euro-Canadians are implicitly and logically enshrined in Canada’s legal system. Insomuch as multiculturalism uses the language of collective rights to guarantee the cultural survival of “minority” groups, it follows that Euro-Canadians have a group right to use multiculturalism to “preserve” their identity as a group in Canada in the face of immigration patterns that are fast reducing them to a minority.

Why should minorities-becoming majorities enjoy both individual and group rights at the same time that Euro-Canadian members are excluded from enjoying any group rights as their heritage is marginalized? Why should the majority culture be viewed as the only group that is capable of engaging in discrimination against minority groups, decades after decades, rather than as the one culture that has been singled out as lacking any collective identity at all?

As Asians, Blacks, Aboriginals, Indians, Chinese, and non-Whites generally, express in full their constitutional group rights in ethnic voting patterns and through the creation of associations, clubs, churches to advance their own ethnic interests, Euro-Canadians will have no option but to assert their constitutional right to engage in “white identity politics”.