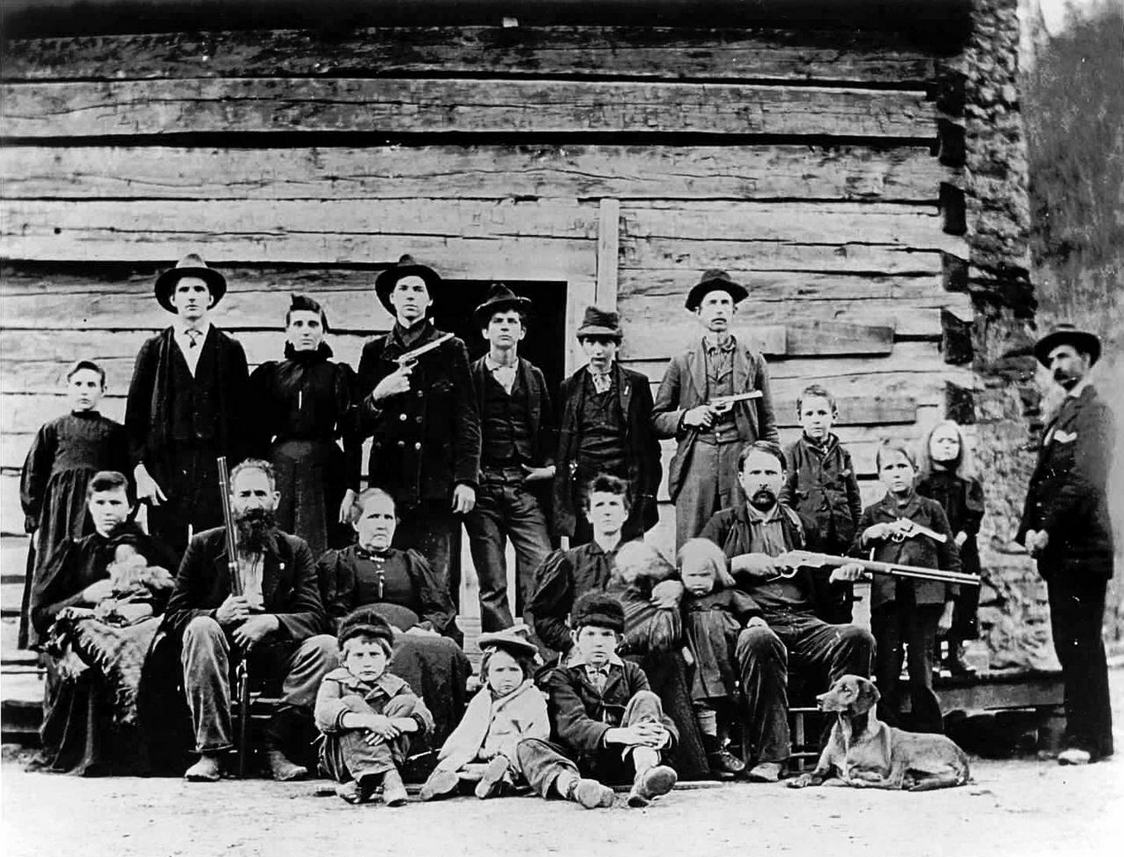 “If the Left can’t let go of identity politics, then let me be clear. What comes next is on THEM. A lot of us did not want to live in a world of tribes and we never asked for it…(but) if the Left wants tribes, I am siding with my own tribe.” — Zapollo

I must confess that I am a reluctant tribalist. An ethnocentric Euro-Canadian tribalist at that. A museum piece, if you like. A confirmed individualist mugged by the reality of mass third world immigration. Ignorant, deplorable, detestable and beyond the pale. An atavism that dares to raise his head against the globalist tide. Have I no shame? Imagine, a brazen tribalist in 2018.

As such, I am on the hit list, a list that is getting longer every day. An All Points Bulletin is out, and it warns the innocent that ethno-nationalists are on the loose. But not to worry. With your cooperation they can be doxxed, apprehended, fined, incarcerated, quarantined and silenced. That is what community policing is all about.

But here’s the paradox. People like me must be identified and exposed, yet according to the manual, we don’t exist. We belong to class of people who cannot be defined, and therefore cannot exist. If I identify as a member of the white tribe I can only be a figment of my imagination. A tribalist in a society without tribes (LOL). There are differences of course, differences we are instructed to celebrate. But at the same time, we are all the same. We are all Canadians. Happy, enriched, integrated Canadians.

So it seems that I have an identity crisis. Subjectively, I am a member of a non-existent tribe, but according to the poster child of classical liberalism, Jordan Peterson, I am a male individual who should make individual judgements irrespective of any of my group affiliations. I should forsake group identity in favour of an identity that is uniquely mine.

Now that’s a seductive message. No wonder Peterson has attained the status of a rock star intellectual. In many respects he is like that charismatic professor we had when we were undergraduates. His approach is bold and refreshing. And he has whetted our appetite for more. He rocked the boat of political correctness, and broke the monopoly that Leftist academics have had over young minds. Quite a feat.

But despite his many accolades and his determination to present a coherent set of arguments, Jordan Peterson is the apostle of contradictions. He is:

A self proclaimed “terrified traditionalist” who is terrified of pointing out that traditionalism rests upon traditions, that is the collective beliefs of a people with common origins, a people united by blood, language and history. Should those people be diversified or mixed out of existence, those traditions are imperilled. It is moot that a civilization can be preserved with other people’s babies. Or that we can have Western Civilization without Westerners. Angela Merkel assured us that she could turn Syrians into Germans but she can’t even turn Greeks into Germans.

A courageous academic who defied University administrators and forfeited his grant from the Social Services Research Council, but couldn’t find the courage to buck the PC party line on white identitarianism. Either biology rules or it doesn’t. Either post modernists are right or they are wrong. If gender is not a social construct, neither is race. If race is socially constructed, then why not gender? If racial identity politics is “ a bridge too far”, then why seize upon white identity politics on the heels of Charlottesville. ? If it is too politically risky to train your guns on black or Latino nationalists, why not avoid racial identity politics entirely? There is no virtue in pointless martyrdom, and discretion can be the better part of valour. But Peterson is not the dragon slayer of political correctness.

An analyst who rejects the concept of a white race or subspecies as a legitimate biological classification because its boundaries cannot be precisely demarcated. Yet he has little difficulty in noting that Jews are disproportionately represented in most professions because they enjoy a higher IQ than whites. Get it? There are no objective criteria to define Jews or whites, but these groups are real enough for Peterson to declare that whites are cognitively inferior to Jews. Not surprisingly Peterson made no comparisons between Jews and blacks and Hispanics, or where they stood in the intellectual pecking order.

A psychologist who takes little notice of evolutionary psychology, a key constituent of the discipline. Is it wilful blindness, or political caution? Peterson must know that we are a species of tribes, that we are “wired” to favour those closest to us and those who most resemble us. He can’t be ignorant of the mountain of studies that confirm Robert Putnam’s findings, based on a rock solid foundation of more than 30,000 interviews. And he can’t credibly believe—as Steven Pinker believes—that humans can, as Edmund Burke put it, love all of humanity “in one piece”. It would be a violation of Dunbar’s number. We do not have the psychological carrying capacity to closely relate to more than 50-150 people. That is the magic number. In other words, there are limits to “inclusion”.

This is not, as Pinker would have it, “crude” evolutionary psychology. It is the blunt truth. Love can indeed radiate outwards. From immediate family to extended family , to kin, to tribe….. But as it radiates outward, its force diminishes. This is not indicative of some “phobia” toward out-groups, but rather, it is a healthy expression of human nature. If there is only enough time to rescue one child from a burning building, it will be your child, not your neighbour’s child who you save.

There is something called “alienism”, of course, which Joseph Sorban defined as “A prejudice in favour of the alien, the marginal, the dispossessed, the eccentric, reaching an extreme in the attempt to “build a new society” by destroying the basic institutions of the native.” But it is a pathology, otherwise described as xenophilia or pathological altruism, best exemplified by the open-borders Left.

Of course, when confronted by the data, liberal academics run in full flight from the repugnant conclusions that flow from it, looking for escape hatches and magical solutions like “integration” and diversity awareness and sensitivity workshops. And they are always careful to stress that these regrettable and depressing manifestations of human nature must and can be “transcended”. People must “get along”. After all, as Jordan Peterson pointed out, they get along in Manhattan, don’t they? Hmm. Perhaps Manhattan is an exception, because research indicates that good fences, not close quarter contact, make good neighbours. In fact, the higher the barriers, the more folks “get along”. Moreover, higher population density in mega cities across the West is leading to “voluntary segregation”, where people are choosing congregate with those of similar kind. Ethnic “enclaves” are booming. There is an ongoing referendum on the merits of “Diversity” going on in three continents, and people are voting with their feet for ethnic homogeneity.

I would be obliged if Jordan Peterson answered these questions. If it is ludicrous to suppose that sexual differences can be engineered out of human nature, is it not equally ludicrous to suppose that ethnic nepotism and in-group favouritism can be similarly dispatched? Or that the reality of race and racial differences can indefinitely be ignored in the face of mounting statistical and empirical evidence and observation? Can one persuasively argue that entities whose boundaries cannot be definitively drawn cannot therefore be real? That because the boundaries of red, orange and yellow on the colour spectrum cannot be firmly ascertained that none of these colours exist? That there is no “white” race because the line between white and non-white can be blurred? What happened to your “objective reality’?

And what happened to the reality of Western history? Was it revised and engineered out of existence? Apparently so. It seems that history is a blank slate too, upon which any politically correct fabrication can be written. Our language is also under assault. This is Peterson’s battlefield. As Orwell explained, the game plan is to narrow our range of thought by expunging the words we need to conceptualize alternatives. Seen in this light, Peterson’s heroic defence of standard English is laudable on many levels. But taking in the broad scope of the culture war, Peterson’s fight is merely a skirmish. The decisive battles are being fought and lost at the airport every day, where an endless stream of migrants push through the turnstiles in record numbers, a thousand per day. Euro-Canada is dying the death of a thousand cuts, 365 days a year. This is the real war, and it cannot be successfully prosecuted by a collection of heroic individuals. It must be a team game because our dispossessors fight as a collective. If they employ identity politics, so must we, however reluctantly. It really is as simple as that.

Peterson would dismiss this prescription as another detestable effort to “re-tribalize” our society. Newsflash. That is exactly what 37 years of mass immigration was designed to do. We already are a nation of tribes. The only difference is, Euro-Canadians are calling for a level playing field, while Peterson is demanding that we leave the field.

I am a reluctant tribalist because I must be. I value individualism too much to be otherwise.