Has NASA Discovered An Antidote For Radical Feminism? 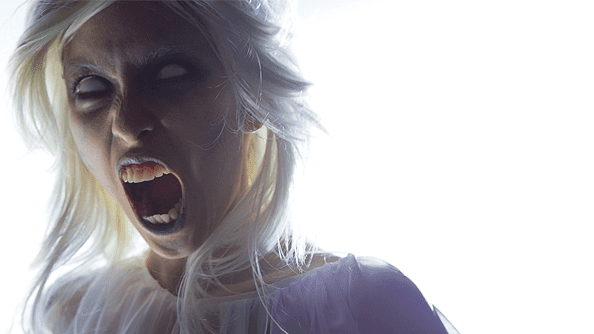 According to leaked documents, NASA is presently working on a cure for feminism. The details are sketchy but rumour has it that scientists working on behalf of the space agency have developed the technology to transform radical feminists into long-rage (sic) inter-stellar space craft.

The breakthrough followed the strident petitions of a feminist lobby which alleged that the Universe is a patriarchal construction created by what can only be a male God whose stature is purely the result of White Male Privilege.

In response to this pressure, NASA decided to appoint several of these hardcore feminists to the project team notwithstanding their lack of appropriate credentials. Apparently this bold and progressive move was inspired by the example of world-class intellectual superstar Canadian Prime Minister Justin Trudeau who made headlines by awarding half of his cabinet posts to women, who made up but 26% of elected MPs.

Though scientifically illiterate, innumerate and ignorant of biophysical laws and the fundamental rules of logic, these new NASA recruits were brought on board because it was believed that women, regardless of their education or training, bring a fresh perspective to the table simply because of their unique experience as women. It was explained that there is no substitute for female intuition, and that all scientific conclusions must first be vetted by women in order to ensure that they don’t hurt anyone’s feelings. As one recruit remarked, “Women must no longer suffer the indignities inflicted upon them like the laws of thermodynamics and gravity, which male gatekeepers allowed to slip through to maintain their dominance…women have the right to participate in the formation of laws which affect them.”

When asked if the new appointments were not simply a rash, ill-advised concession to political correctness, a NASA official simply replied that this was 2018.

How these women-cum-spaceships will be able to exceed the speed of light and travel to distant stars is not at this point part of the public domain, but the speculation is that the potent combination of shrill whining, heckling, chanting and drum-beating — skills honed while shouting down visiting professors — will punch a hole into the fabric of space-time, thereby making their journey like a short trip to the local convenience store. Lamentably, according to reliable sources, NASA scientists have not found a way for these fem-craft to make a return voyage. Once dispatched, NASA may be hard put to replenish the ranks, so to speak. Despite appearances, the pool of campus fem banshees is finite.

As result, the number of students and faculty in ‘Gender Studies’ departments across North America and Australia may become seriously depleted. To fill the gap, the provisional plan is to liberate the legion of lab monkeys presently earmarked for space travel, and award them PhDs in Women’s Studies, making for an imperceptible transition. However, this proposal has sparked dissension in NASA, as some scientists recommend that parrots would prove superior surrogates, given their ability to mimic Post-Modernist jargon.

‘Femships’ who fear that a one-way ticket to a distant galaxy might engender unendurable homesickness will be consoled by the fact that they will be able to broadcast their world view to places, as Captain James T. Kirk would say, “where no man has gone before.” Then there is the added incentive that quite possibly they could achieve their dream of making the entire Universe a “safe place” for indigenous and immigrant women-of-colour, the LGTB community and all carbon-based life forms who seek protection from micro-aggressions and disturbing ideas. AKA the truth.

It is conceivable that, emboldened by their victory over NASA, these intergalactic fem-warriors might break the glass ceiling in Heaven by finding that Hateful Male Deity and forcing Him to step down in favour of an all-knowing and omnipotent Supreme Being, that is, a wife. Someone who would be henceforth be referred to as, to use Rumpole’s description, “She who must be obeyed.” A female Deity, who, again, will bring that “fresh perspective to the table.” It depends on whether these fem-travellers can locate Him. Surely after learning of their approach, Jehovah will be in hiding.

Of course this project will consume resources that surpass previous expenditures in the country’s space program by several orders of magnitude. Given recent government cutbacks, it is expected that NASA will have to solicit private donations to sustain the research needed to ‘seal the deal’. With the right marketing strategy, it is expected that billions of needed dollars will flow into NASA’s coffers once proponents of rationality, due process, the rule of law, the presumption of innocence, free speech and Western Civilization realize that through their donations, they can sponsor the launch of fem-fascists into Outer Space. Who knows, if it became a mass exodus, universities might once again become places of higher learning.