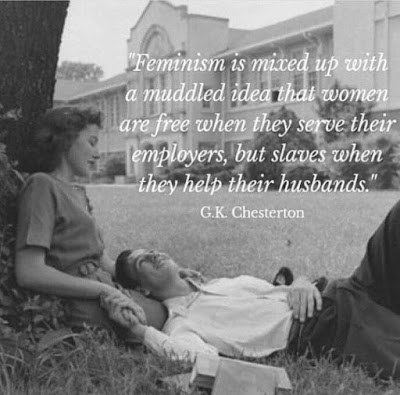 White genocide is predicted by practically everyone based on the fact that Western women have essentially given up on having babies. Fertility rates in Europe are catastrophic, well below the 2.1 children per female needed to maintain the population. Germany, for example, is projected to drop in population from 80 million today to 68 million in 2060.

However, while everyone agrees population collapse is in our future, no one agrees on what’s causing the problem. Slate writer Jessica Grose quotes Wall Street Journal writer Manuela Mesco as suggesting the reason, in the case of Italian women, is that:

they’re spending more time getting educated, there aren’t enough jobs to go around, there’s a lack of day care options, and they are living with their parents well into adulthood.

There’s an assumption there that women need to get a university education, need to get a job, and need day care. Hold that thought.

A study by two academics, Matthias Doepke, Professor of Economics at Northwestern University and Fabian Kindermann, Assistant Professor at the University of Bonn, suggests the childcare workload is the issue:

We argue that disagreement (ed: over having children) is a consequence of an uneven distribution of the burden of childcare, coupled with a limited ability of spouses to make binding commitments. For example, if the woman anticipates that she would have to do most of the childrearing work, she will realize that this would impede her ability to pursue an independent career. As a consequence, if she had the child, her outside options would worsen and she would lose bargaining power within the marriage. The end result is that she may disagree with having a/another baby, even if the man would like to have one.

Here we see the same assumptions cropping up. It’s taken as given the woman is going to have a career; the issue for her is whether she will get help from her husband, or from a child care worker, in raising an additional child. There’s no suggestion the woman could consider raising the child as a career. Let’s have another look at Germany.

Spiegel Online questioned Karsten Hank, a demographic expert and sociologist at the University of Mannheim:

A well-known statistic that often gets bandied about in Germany is that 40-45 percent of women with university degrees are childless. I’m pretty sure most of these women planned to have children, but then didn’t, either because of their career or their advanced age when they started trying to get pregnant, Hank said. As a rule, university cities and urban centers have lower fertility rates than rural areas without higher education options. The closest Hank can come to a miracle formula for fertility is: don’t get an education, marry early and live on a farm. Hardly a tempting life plan.

Well, hardly tempting for Spiegel Online, but obviously a satisfying option for rural women in Germany (and elsewhere).

And so, here, we have three observers trying to solve a puzzle of why women are stressed and overworked when they try to manage two lifestyles who don’t ask the obvious question, why try? Why, exactly, are women struggling through university, the business world, the corporate ladder, the rush hour; why are they trying so desperately to beat men instead of letting men do the struggling while they bring up baby? Where, exactly, did they get the idea the work world was fun? This brings me back to the Oxydol advertisement at the top of the post. Young people today, even adults, don’t realize how ubiquitous soap commercials were on television, in magazines and newspapers back in the 1950’s. Oxydol, Cheer, Duz, Tide, Fab, Lux and many other brands inundated viewers and readers daily. It is obvious now, looking back at the copywriting, that impressing your husband, and your neighbours, on the quality of your washing had a very high social value for women in 1955. And I think that’s the key: social status.

Women are more social than men. They network more and have more friends than men. And within those networks they, naturally, seek acceptance, even praise. We’ve seen this in social media a lot, but it exists in society outside modern communication networks as well. In any group setting, women will exchange talking points that help them climb the social acceptance ladder. In the 1950s keeping a tidy house, having a family and hanging out a sparkling white wash was the way the game was played. In the 2000s it’s a university degree, a career and, bizarrely, getting tattoos.

Or to put that more simply, women aren’t having children because it no longer earns social brownie points in Western society to do so. Governments can hand out incentives, build day-care facilities, beg women to get pregnant; none of it will work. If it doesn’t advance a woman’s social standing, the wombs of the nation are going to stay empty.

Of course, this suggests a solution, doesn’t it?

It suggests that high status individuals in government, business and the media should start having large families and should parade them through the tabloids like the beautiful people they are. Of course, this would require them to be nationalists and unfortunately, most of them are globalists. What to do?

I would suggest we, the Alt-Right, should appeal to those prominent and wealthy conservatives on our side to start the ball rolling: have kids, make a great show of it, normalize large families. Where fashion leader lead, women will follow, whatever the cost. Status, after all, is everything.