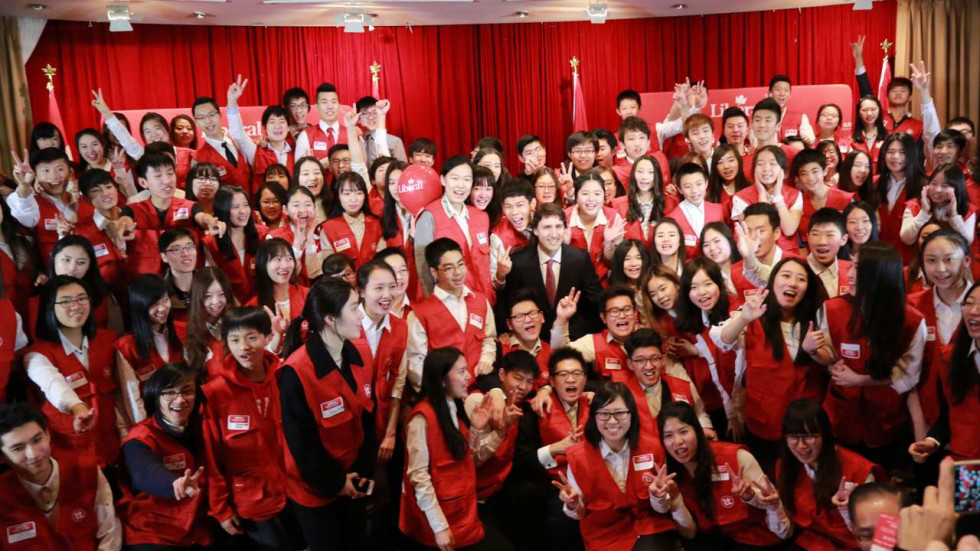 Breitbart recently published an article citing New York Times columnist David Brooks alleging that immigrants and their children are superior to White native born Americans. I am not kidding. This is how disgustingly treacherous our ruling elite members have become.

This is what Brooks, a supposed “conservative,” wrote:

Over all, America is suffering from a loss of dynamism. New business formation is down. Interstate mobility is down. Americans switch jobs less frequently and more Americans go through the day without ever leaving the house.

But these trends are largely within the native population. Immigrants provide the antidote. They start new businesses at twice the rate of nonimmigrants. Roughly 70 percent of immigrants express confidence in the American dream, compared with only 50 percent of the native-born.

Let us examine some of these statements and look for probable reasons and solutions. We know from empirical evidence and from sources like Robert Putnam’s E Pluribus Unum: Diversity and Community in the Twenty-first Century that diversity and mass immigration reduce social capital:

New evidence from the US suggests that in ethnically diverse neighbourhoods residents of all races tend to ‘hunker down’. Trust (even of one’s own race) is lower, altruism and community cooperation rarer, friends fewer.

Ricardo Duchesne wrote a wonderful article on this topic but for Brooks:

Progressives say Republicans oppose immigration because of bigotry. But it’s not that simple. It’s more accurate to say restrictionists are stuck in a mono-cultural system that undermines their own values: industry, faithfulness and self-discipline. Of course they react with defensive animosity to the immigrants who out-hustle and out-build them. You’d react negatively, too, if confronted with people who are better versions of what you wish you were yourself.

So if immigrants and their offspring are “better versions” of native populations, let us examine why. Skilled and high preforming minorities, such as East Asians, Indians and middle easterners, according to many consensuses done US Consensus Bureau, show that Asian-Americans have consistently outperformed White Americans at higher rates of median household income. Whites, for some reason not including Portuguese, are only the eighteenth highest income earners and yet are legally discriminated against because of an imagined “White privilege.” The higher earning groups are virtually all “new immigrants” who were let into the country after the change in the laws in the 1960s. The raw data corresponds to Brooks statements, and one reason to explain this is by reference to Putnam’s social science study of the loss of social capital experienced by natives due to diversity. Another way to explain this is to appeal to the Darwinian theory for the effects that invasive species have when they move into another’s habitat. Once upon a time, common sense nativism and populist racial sentiment was regarded as a natural extension of preserving one’s own species, to preserve one’s own culture, way of life, and most especially living space. The Chinese exclusion acts and head taxes represent this natural form of self-preservation — the Chinese built a Great Wall to keep the barbarians on the north out.

In our days, however, Darwinian theory is applied only to the natural, not the human world. A non-for-profit organization, The Invasive Species Centre, for example, has launched a campaign against the invasive species of Asian carp, which it deems dangerous to the Great Lakes:

Because Asian carp breed so quickly, they can take over lake and river habitats, pushing out native species and unbalancing the natural ecosystem. Asian carp also contain parasites not native to our waters, such as the Asian tapeworm.

Perhaps the other fish are merely ‘inferior species,’ like Brooks’ European Americans. If there is to be a parallel between the species protectionism against Asian carp and the racial protectionism against Asian people that Whites enjoy in Australia, America, and Canada before the 1970s, it is because both adhere to the same common sense natural principles of environmental and species protectionism. Common sense was simply not beholden to political correctness back in 1882 when the American government first issued the Chinese Exclusion Act:

Whereas, in the opinion of the Government of the United States the coming of Chinese laborers to this country endangers the good order of certain localities within the territory thereof.

In Canada the situation was much the same:

…resentment grew among the white working classes, who saw the migrants as cheap labour, the so-called ‘yellow peril’ stealing jobs and sullying society. In 1885, the federal government enacted the first anti-Chinese legislation, imposing a head tax of 50 CAD on every migrant worker. Under the Chinese Exclusion Act of 1923, immigration ground to a halt.

The disgustingly partisan but objectively pretending BBC, writes that “Canada Prepares for an Asian Future,” while denying even the obvious economic negative impact of species invasion:

Privately, there have been grumblings. In the safety of living rooms or the anonymity of online forums, old-time Vancouverites blame the Chinese for the city’s sky-high property prices, although experts say there’s little evidence to back up the fears.

Ayesha Bhatty, the author of the article, of course provides no link to her claim that “experts” have provided little evidence to link property prices with massive Asian immigration — the basic economic principle of supply and demand contradicts her obvious fabrication and distortion of reality. Is it possible that this false claim made by a non-European is meant to obscure and promote the destruction of European homelands and habitats? Anti-colonialism has meant that non-Europeans are entitled to their own countries and living spaces, but Europeans are not. What could Hong Kong, Sydney and Vancouver have in common? I’m sure the Austrian consensus revealing that Sydney is now more Asian than European has nothing to do with inflated housing prices and basic affordability. Nor the claim that Vancouver is “the most Asian city outside of Asia,” nor perhaps: “The only major cities outside Asia that come close to Metro Vancouver for their portion of residents with Asian backgrounds are San Francisco (33 per cent Asian), London, England (21 per cent)” — also merely coincidentally on the list.

Of course Brooks does not see the natural world ramifications, or the social and psychological dimensions of the reverse-colonialism and species invasion.

To my own mind one of the main reasons for European underperformance in traditionally European derived and still majority White nations is the presence of a toxic popular culture and laissez-faire attitudes towards employment, education and child rearing we’ve inherited from the 1960s onward. The anti-authoritarian tendencies of the liberal order is a disease in which immigrants and their offspring are not subjected to — leading to articles with titles such as: “Are Chinese Mothers Superior?” (the superiority lies in authoritarian parenting). These attitudes and general laissez-faire approach to life, an increasingly morbid sense of atomistic individualism and existential self-creationism are also to blame. Westerners are concerned with ‘finding themselves’ while Easterners are concerned with success and worldly status — ‘getting ahead.’ Our cultural operating system has become incredibly crippling and dis-empowering.

However, the height of the ‘current year’ absurdity leading to our slow suicide is probably the ideological-politics of ethno-masochism constantly kowtowing to a highly selective, often ahistorical and decontextualized series of ‘injustices,’ prompting our Prime Minister to issue tissue-soaked apologies. This progressive propaganda is meant to promote ‘White guilt,’ a most pernicious form of demoralization that leaves Europeans far from adopting self-preservationist strategies. Wallowing in our own ‘moral inferiority,’ which is the most idiotic ahistorical lie imaginable (the exact opposite of the truth, in fact), presents us with the lack of a natural drive towards self-preservation, to natural protectionist policies.

It really tells how pathologically insane our ruling elites are apologizing to the very groups that are replacing, out-competing and pricing us out of our habitats, and if you permit me to be truthful to the natural world analogy of invasive species discussed above, without recourse to metaphor, apologizing to the “Asian Carps” that are killing us.