How White Males Are Discriminated Against In Banking And Finance 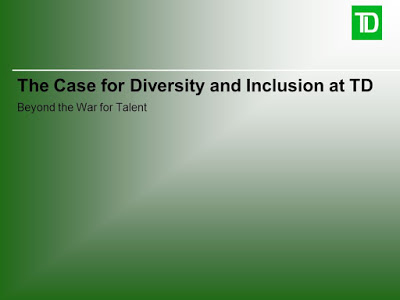 I live in Toronto and work in banking. I have been out of work for the last year. Over the last six or seven years, I have had only short-term contracts of under 4 months. I have been unemployed longer than I have been employed over those years.

For those who might think that I need to get more qualifications, I will say that I already have the following credentials: a CFA, FRM, MBA. Still, I am able to get only $20/hr entry level contract jobs, which have nothing to do with my credentials. Might there be something else underlying my career failures?

I really have to question Trudeau’s obsession with Canada’s employment equity “problem” and the quest to create “diversity” at the expense of White employees like myself. And I really have to ask, is there discrimination against Euro-Canadians? From the employment equity reports I have seen, it seems Banking/Finance companies have done extremely well in addressing any underrepresentation of minorities in employment. In fact, visible minorities are overrepresented. Unfortunately, in these reports, you will not see a single number about White or male representation or availability. So you cannot tell from the reports if the success in minority employment comes at the expense of lower employment of Whites.

As for me, when I go for job interviews more often than not I am speaking with Asian hiring managers and with employment agencies staffed by Asians. And from my experience, it seems etiquette and ethics are gone from the interview process. If I’m interviewed by a panel, managers will walk out of the interview without excusing themselves and forget about a polite call back if they’re not interested in hiring me. Even worse, I’ve learned not to count on managers answering my follow-up calls or e-mails. Simple courtesies just don’t happen. To me, the whole human resources “industry” has become very secretive. “Do not reply” e-mail addresses have replaced names and telephone numbers.

Networking, the so-called “salvation” of the unemployed, can be very ineffective. LinkedIn holds itself up as a great networking tool, but getting a response from anyone can be almost impossible.

Bank reports on diversity show everyone that the banks are not discriminating against visible minorities because of visible minority last names, as the media so often accuses them of doing.

It is very easy to find Scotiabank’s “Employment Equity Narrative Report” on the internet, for example. But you won’t see any statistics on ‘Whites’ or men’s representation (hired percent) or availability (workforce percent) anywhere.

Creating diversity (Canada’s version of Affirmative Action) is not victimless, but neither the banks or anyone else concedes this important point. In fact, they boast about how proud they are to have exceeded their hiring targets.

I have never seen equity numbers by geography. I think it would be telling to see statistics on the workforce of Whites and minorities in Toronto versus statistics on the workforce in small-town-Canada. With minorities shunning small towns, and companies keeping nation-wide equity numbers, I suspect more minorities are hired in the cities to compensate for the fewer minorities working in small towns. And so, I suspect more minorities are not just getting hired in Toronto, but are getting the better-paying jobs in middle and upper management there.

Not only are jobless Whites like myself discriminated against, but we can’t even talk about it. There are no “safe” spaces for Whites or men to commiserate with one another. There are no community groups providing outreach to unemployed White males. Community employment offices want nothing to do with hearing White men complaining about discrimination, whether sexist, racist or ageist.

Insane as it sounds, the one thing employers intend to continue is the hiring of visible minorities.

It is very worrying. I am 54 years old. I used to think that I just had to worry about the next 10 years. But the CPP that I’ll be eligible to receive will not amount to much because the amount I receive is dependent on my life-time contributions. In other words, if Employment Equity prevents me from soon getting a decent-paying job soon, CPP won’t help much. I feel that Canada, the country of my birth, has turned its back on people like me.

Moreover, people in my position have to hope we keep our health. We have no money to pay for dental and eye care. Forget about mental counselling. We’re on our own. And as far as Employment Insurance, its benefits run for a maximum of 45 weeks, and depend on being employed in the previous year. Here’s a big question: Is there a connection between all of this and a high suicide rate in older White men?

I think the only thing slowing down the replacement of Whites in the workplace is their slow attrition. Banks and other employers can’t get rid of them fast enough. The presence and growth of Whites in the workforce seems something to be avoided. And you only have to walk around Toronto to see that Asians have taken most of the jobs…from servers to nurses, bank officers, bus drivers, police officers, analysts, managers…you name it. A past Toronto mayoral candidate (Olivia Chow) once said, when asked what makes her the best candidate: “I’m not White and I’m not male.” That sums up the attitude of many employers today.

What a national disgrace and terrible injustice the pursuit of “diversity” has been!