Being Hostile In One’s Own Skin: A Recent Seminar Experience 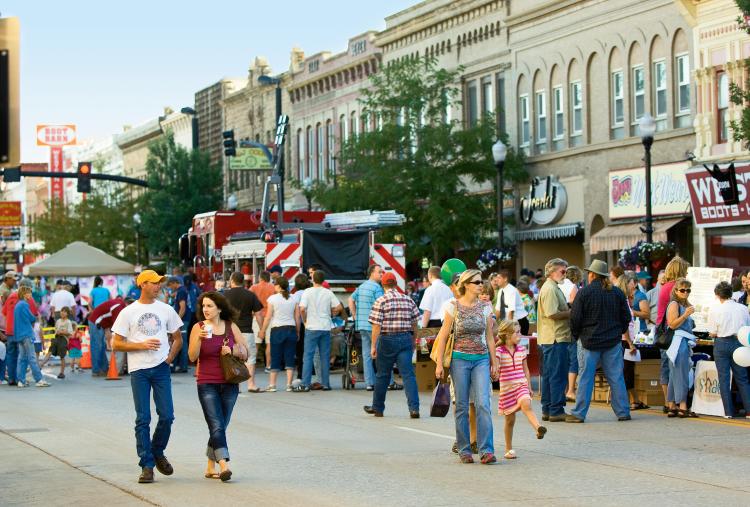 If I had to think of one sentence that captures how I feel about the contemporary attitudes of multicultism in North America today, it would have to be Al Pacino’s classic line from the Third Godfather film “just when I thought I was out, they pull me back in.” No matter how many examples one can point to the current anti-White craziness in our universities, and how the next leftist absurdity seems to outdo the one that just went viral before it, I can never get used to how bad the situation has gotten, and how much it continues to deteriorate. What better way to demonstrate this than by highlighting my own first-hand experience in academia of how even a simple recollection of a state fair is somehow seen as “discriminatory”?

In a recent writing course I am enrolled in, the entirety of the seminar was a class discussion revolving around David Foster’s Wallace’s Ticket To The Fair (PDF), an article he wrote in 1994 for Harper’s Magazine. This article is about the perceived horrors Foster experienced in a typical rural midwestern town, while temporarily leaving vibrant New York. One particular passage in this article stood out not just to myself but to the rest of the class:

There’s an atmosphere in the room — not racist, but aggressively white. It’s hard to describe — the atmosphere is the same
at a lot of rural Midwest events. It is not like a black person who came in would be ill treated; it’s more like it would just never occur to a black person to come here (Wallace, p. 49).

While I was flabbergasted at how another person could not just randomly degrade, but also infer nefarious motives upon the same group of people he is a part of (while also priding himself as a respected journalist), the rest of my fellow students seemed to be pleasantly astonished at how “progressive” Mr. Foster Wallace was for his time. They also took great satisfaction in how he disavowed the White culture of the rural Midwest for even existing, as was the case from one description where he illustrated what he perceived as unfair socio-political engineering by parents at the expense of their children:

According to them, without going into specifics, the words of Foster Wallace’s account of the state fair were enlightening, an intelligent reminder for all those privileged (re:White people, no matter a White person’s possible low economic status or possible abundance of problems) that racism will never be truly exercised unless diversity is instilled ubiquitously in full fashion.

Overall, this seminar showcased to me once again the trifecta of harmful contemporary cultural narratives targeting North Americans of European descent. The first theme, frequently touted by the vast majority of academics, is that even if one puts the seemingly never ending blame for the atrocities of slavery and genocide committed by Whites (because it was only White people who ever did these acts, don’t you know?) aside, European descendants still have nothing to be proud of their ancestors.

Many university curriculums today put forth the notion that despite being from the nations that saw huge technological, scientific, and educational advances in the last few centuries, all Westerners really did was exploit cultures from all over the world. This was echoed in class discussions about midwestern farmers, from statements either implied or explicitly stated, that Western farmers learned their methods from non-Europeans.

The second theme, which is familiar pretty much to every White person today and has been routinely covered on this site in other articles, is the multifaceted ideal that mass migration must be maintained — in absence of even discussing possible negative effects in order for White people to avenge themselves for the sins of their kind in earlier eras. In the US, it is the African American slave trade that is systematically used as a club to instil a feeling of guilt that is both illogical and unfair, whereas in Canada it is the displacement of Aboriginal communities, used in a similar vein to push for more amounts of foreigners to come across our shores.

However, at the same time, to try to even be inviting to other cultures, as a White person, while still holding some pride of your own roots is still a form of quasi imperialism to the far left, and their idea is that instead White people should listen to those from other cultures, encourage them to foster their own communities, no matter how large they continue to grow. This is why it is such a repeated series of talking points from most academics, most members of the media, and most Hollywood A-list acting types; they must keep confessing their original sin of racism on behalf of their kind, otherwise they lose all the benefits afforded to them of being a symbol as ‘one of the good Whites.’

The final, and in my opinion, most insidious theme that ties the other two together, is the theme that ‘racism’ will never be truly eradicated unless the entirety of contributions derived from Western societies are. This is being done by tactically combining the never ending shaming of White people and their culture with the removal of European originating figures, symbols, and speech utterances, all under the guise of being inclusive, inoffensive, and, of course, diverse. If the same people who claim to be were really concerned about the feelings of groups of people who have been harmed by exploitative historical figures, why would they be supporting people like Fidel Castro and Joseph Stalin?

If they were really concerned with just making sure Canada remains a secular nation as inscribed in our constitution, why would they support Bill 103 when religious freedom is already protected by the state? It’s because it was never about removing religious practices and religious symbolism from Canada’s public squares, but rather only about removing those of a Western nature. It is why references of B.C. and A.D. from the Julian and Gregorian calendars have been removed, along with displays of crosses in certain areas. The fact that they continue to engage in erasing strategies like these, yet harp on the effects of acts our ancestors committed by citing how damaging taking away one’s culture out from under them can be without the smallest sense of irony, is demoralizing.

We students have no choice but to stand up and defend our Western heritage, otherwise we will have lost it all by the time we reach adulthood!