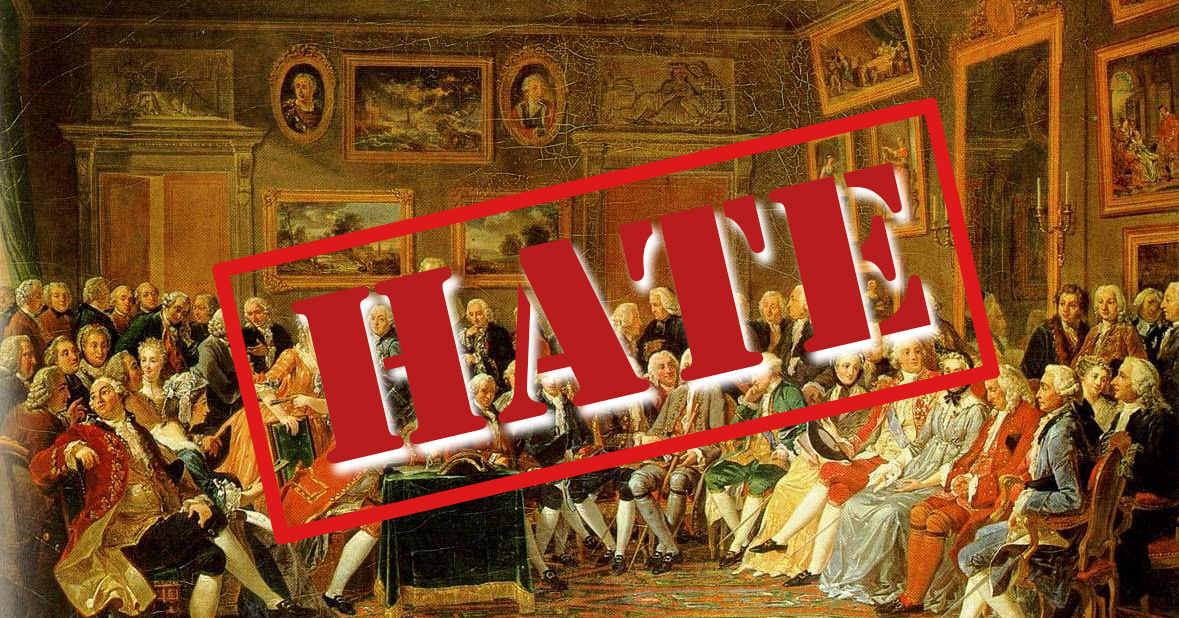 Following the successful passage of Motion 103 which condemned all forms of Islamophobia, another motion of similar intent will be debated before the House of Commons in 2018. It condemns Western Civilization and all of its meagre accomplishments.

Motion 666, moved by Liberal MP Abbas Bashir (St. Laurent-Laval) calls for parliamentarians to vote for the denunciation of Western Civilization and all other forms of hate. “Hate which,” according to Bashir, “manifests itself in many ways, such as offhand remarks about the beauty of the Sistine Chapel or Westminster Cathedral, or the significance of the Gutenberg press and the Enlightenment. References that are meant to belittle the magnificent and durable achievements of hunter gatherer societies and failed states, thus creating an atmosphere where First Nations people and New Canadians are made to feel uncomfortable.”

“While it is true,” Bashir continued, “that aboriginals never had a written language, electricity, antibiotics, dentistry, xrays, or refrigeration, these trifling disadvantages were offset by the rich, short lives they lived before European contact, a life spent breathing in fresh air, enjoying nature, and partaking in the ethnic cleansing of rival tribes.” “Western civilization had little to offer them,” Bashir concluded. “We burst into their Garden of Eden and crashed their party. The very least we can do is silence those who would dare say that Western civilization had redeemable qualities.” And New Canadians, Bashir contended, “must no longer have to suffer the indignity of having these benefits rubbed in their faces, as if the chaotic, poverty-stricken and dysfunctional societies they left conferred little benefit.”

Bashir’s motion came after the Anti-Racist Research Council identified Western Civilization as a hate group. ARC spokesman Don Buttonup told BSN that “Western Civilization must be recognized for what it is, an infringement of the rights of Third World migrants who only want to remake Canada in the image of the shit-holes they came from.” Buttonup warned that “Despite appearances, Western Civilization is not yet dead. It has only gone underground, and is largely under the radar. There are clandestine cells of extreme patriots out there as we speak, cells that are stubbornly trying to revive a distant past where bigots were allowed to teach school children proper English grammar and pride in the attainments of the Canadians of European origin who came before them.” It is a situation which Buttonup says cannot go on. “We owe it to future generations of Canadians that these extremists be muzzled or locked away. Their self-esteem depends on it,” Buttonup asserted.

Buttonup then went on to voice his approval of Abbas Bashir’s motion. “Granted, it is only one step,” he said, “but nevertheless it is an important one for it lays down the groundwork for legislation that will finish what previous Liberal governments started, the suppression of politically incorrect speech and the quarantine of those who would utter it.” When asked if this was not a repudiation of what Canada once stood for, Buttonup replied that “Hate speech is not free speech, and speech that any identity group feels is offensive must be prohibited. They have an absolute right to silence anyone who hurts their feelings. This is what Canadian democracy is all about.”

Bashir heartily concurred. “We are living in a different world now,” he said. “The old Canada some knew must give way to the brave new Canada that awaits us, where archaic ideas and traditions are consigned to the pits of hellish discrimination and White privilege that once prevailed. Old White boomers are exiting the stage of history, while enlightened millenials stand ready to take their place. They don’t need to refer to Canadian history or dredge up stories about the sacrifices that their grandparents or great grandparents made so that they could live and breathe free.” When asked if it was not beneficial for younger generations to explore the past or learn about Canadian history, Bashir replied that “History is irrelevant and besides, they have their hand-held devices to tell them everything they need to know about life.” Paraphrasing the late vocalist Sam Cooke, Bashir then broke out into a song praising Canadian millenials and Justin-groupies:

It is anticipated that once Motion 666 is passed, a subsequent Bill to criminalize any defence of Western Civilization or advocacy of its preservation will gain swift ascent.

Bashir said that there is no room for pro-Western hate in Canada, as tolerance is a Canadian value.

“And,” he added, “we cannot tolerate the intolerant.” In contrast to other civilizations, Bashir continued, “Western Civilization is only known for its establishment of the rule of law, fair judicial process, the presumption of innocence, liberty of person and property, women’s equality, the separation of church and state, and the free expression of opinion.”

“There is really very little to brag about here,” Bashir said.