How To Save The West: Send Our Women Overseas With A Gun 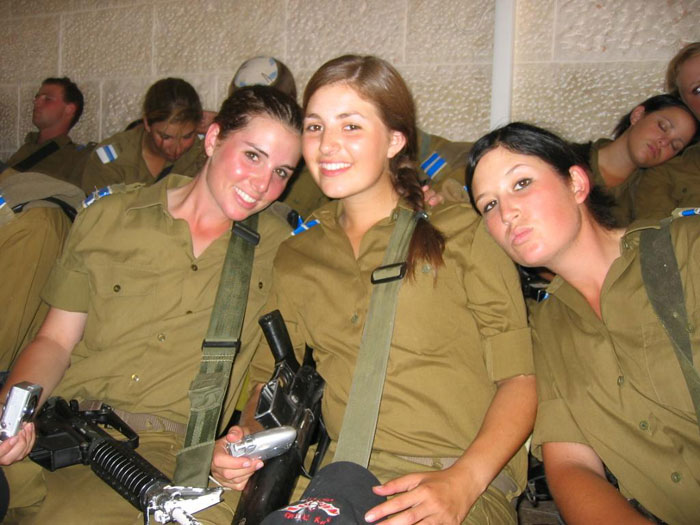 You would think if population replacement was the issue, the Alt-Right would be into babies in a big way. You would be wrong. Instead we worry endlessly about immigration, migration, invasion, Islam, globalism, border security, alien culture, rape, crime, terrorism and a host of other downstream issues. The truth is that the truth is too hard to swallow, too hard to admit and way too hard to deal with.

There would be no alien invasion if our women were opposed to it and were busy producing the next generation by having two or three children each. The schools would be full, the hamburger stands would be staffed by teenagers not Filipinas and the domestic political scene would be tranquil and unified. Instead, our women have abandoned baby-making and have turned instead into loud-mouthed, tattooed, pink-haired social justice warriors who think all men are potential rapists and all White men actual racists. Babies? Think again, buddy.

All of which is why we men keep looking for some solution, any solution, that doesn’t involve the direct, eager, fulsome participation of women.

Unfortunately, none of the methods tried so far have worked because the cultural Marxist left completely dominates academia, the media, and the intelligentsia. Women have been marinated in collective social theory for two generations and nothing we say or do will change their progressive views that all people are the same, borders and nations are irrelevant, and more than half of any population group is part of a victim class.

How can we change this perception? What tools do we have in our tool kit that would alter a political theory so big, so heavy, so universal in the public mind? Let me rephrase that. What weaknesses lie in the female mind that can be worked on to change its understanding of self-interest and human nature?

I’ll mention two: equality and altruism. Let’s look at the first of these. You know women pushed hard to have an equal entry to the armed forces and to be included in combat. We men resisted that push because we thought it would make combat units less effective. This is true, of course, but we failed to consider what the effect of being sniped at, blown up and attacked by assault-rifle wielding Arab tribesmen would have on the women.

The effect of combat on women (and men) is to make them suddenly feel a group identity with their fellow soldiers. The local tribesmen with their colourful clothing, bad teeth and exotic beards would be revealed as ruthless killers willing to do almost anything to rape, mutilate and murder any White woman they get their hands on. Women, as a group, tend to think of the personal before the theoretical and so the issue of racial, religious and cultural differences would be transformed into fire, blood and dirt.

How could this desirable outcome be achieved, given that only a tiny fraction of the population ever considers service in the military? Yes, of course, I’m talking conscription for the United States, Canada and the West; just like in Israel. Every young man and woman who turns 18 (with some exceptions) should be made to undertake two years of military service.

To bake the cake though, something else is needed. That military service should be in combat in some part of the world that is truly dangerous. Fortunately, we have another weakness of the ruling class, that can be exploited here; the neocon desire to invade the world and make Muslim countries safe for democracy. This is a delusion of course, but endless war, especially war in the Muslim world, would have its purpose if the result was to increase in-group solidarity in White females.

Again, Israel is the example. All 18-year old women serve two years in the army along with the men. When they get out guess what happens? They get married and start a family. The fertility rate in Israel reached 3.13 children per female in 2015, the highest rate in the industrial world. That rate is the same for Jewish and non-Jewish citizens, a ratio that shows Arab fertility is falling and Jewish fertility is rising.

You can point to many reasons for this figure, such as the increase in Orthodox Jews, but the big driver is something more profound. The threat of war, or actual war, makes marriage formation easier, procreation more likely, and the desire to reproduce more universal. When men die, women want to get pregnant; it’s a basic urge. And in Israel, where everyone is on the front line, every terrorist incident makes the same point.

So that’s what we need to do; we need to get our women into the front line in the on-going wars in Libya, Iraq, Afghanistan and elsewhere. We need to do this in a very big way — a massive whole population way — to inoculate our women to create an immunity to internationalism, feminism and Marxism. When the bullets fly, and unit cohesion is the difference between life and death, women will see where their true interests lie.

I mentioned two weaknesses; the other one is altruism. Many women cry over the starving children in Africa, Haiti and elsewhere. If only someone would do something to ease their suffering. Here’s where conscription could stream some women into a new version of the Peace Corps. Bands of young women could be sent to Nigeria, Chad, the Congo, Somalia and other hot spots around the world to dig wells, inoculate children, preach AIDS awareness and generally do good.

This will result in very little actual progress, but it will expose these women to the most horrific social pressures, customs and situations. Child marriage, honour killing, female genital mutilation, polygamy, slavery, second-class status; it’ll be a real education. Some of these women will become casualties, even as some female Peace Corps workers have become rape victims, and the stories of how really, really bad these places are will eventually seep into the public mind.

Almost certainly some of the conscript soldiers referred to earlier will have to be brought in to rescue some of the aid workers just mentioned. We could have a situation of armed women rescuing unarmed women, a scene too delicious for words.

What I’m saying is that our women need to be exposed to the world, not to the academic view of the world. When they are, if they are, they won’t be the same. They’ll be changed into real women who value family life, domestic bliss, peace, harmony and a man with a job.

Feminism and cultural Marxism are a disease. Exposure to war will cure the disease even if the war lasts forever. Indeed, we would have to invent an enemy if we didn’t have Islam conveniently to hand just chomping at the bit to kill us. Once you think about this seriously, it’s a wonder this hasn’t occurred to us earlier.