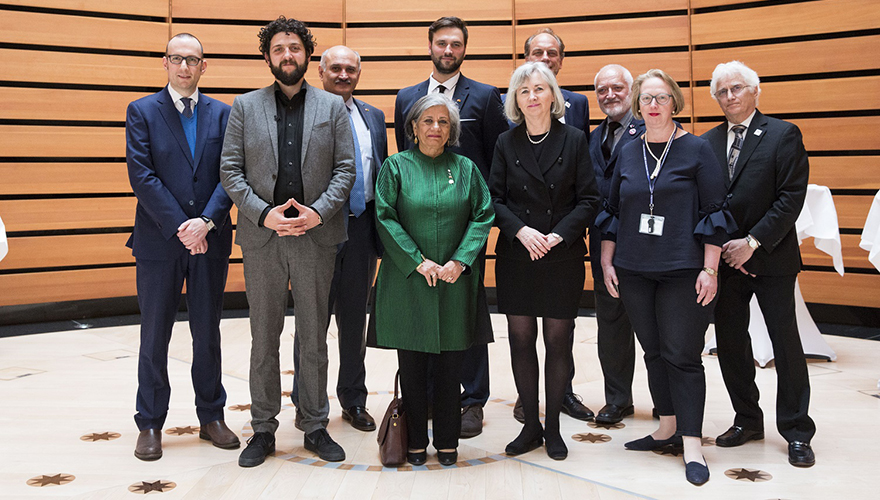 We hear everyday that multiculturalism is the uniquely defining characteristic of Canada. The natives of England, France, Sweden, America, Australia, New Zealand, Italy, Spain are now hearing the same. Every Western nation is uniquely multicultural. But there is no denying that Canada’s globalist elites have been unique promoters of the idea that Canada has a uniquely successful multicultural model that should be adopted by all Western nations.

Since about the 1990s, Canada’s elites took it upon themselves to advertise the nation as a “successful model of multiculturalism.” They knew that a momentum was building up in the West for mass immigration, cheaper labour, along with globalism generally. They saw an opportunity to showcase Canada’s initiation of “official” multiculturalism. Thousands of government officials, together with hundreds of simple minded academics, hopped from European country to European country, from conference to conference, ceremoniously insisting that Canada was a proven case that “immigrants help society grow culturally, economically and politically, and that “cultural appreciation of ethnic and religious diversity” is essential for the fulfilment of liberal principles and the creation of a harmonious state.

The strategy was simple: first call your nation uniquely multicultural, then rewrite Canada’s history as a nation created by immigrants from diverse places, and then portray the legal enactment of multiculturalism as a recognition of this historical fact. Never mind that for most of its history Canada was a nation created from the ground up by native Europeans with a high fertility rate. There was really only one short period — from 1901 to 1914 — when Canada saw high numbers of immigrants (and these were mostly from Europe and from the United States). During much of its history, many of the immigrants actually emigrated to the United States. The notion that Canada is a nation of immigrants is simply a lie to justify an experiment of “major proportions” implemented in the 1970s to re-create a Canada according to the dictates of cultural Marxism.

In the exportation of the phrase “we are uniquely immigrant nations” to Europe we clearly see the lie behind this “uniquely Canadian model.” This label is not about recognizing a historical reality but about bringing about a totally new reality across the West. The idea that European nations were created by diverse immigrants is patently absurd.

Pursuit of truth is of no concern to Canada’s humanitarian ambassadors. The aim is to trick Europeans into redefining their nations as multicultural by imitating Canada. This can be seen in a recent cultural event hosted by the Canadian embassy in Germany: “Respect for Diversity and Inclusion of Migrants in Germany.” The leading person in this 2017 summer event was the Canadian Senator Ratna Omidvar. Her unique speech was aimed at encouraging Germans to uniquely “embrace immigration and integration.”

The fact that the millions of Moslems and Africans who arrived in Germany did so without any security checks and without any “points system” does not concern Ratna one iota. For this opportunist it is all about diversifying as fast as possible all European nations regardless of the means employed. The message of this “Iranian immigrant”

resonated with the full house at the Embassy in Berlin and inspired creative and thoughtful ways to embrace immigration and integration.

This Senator, you see, has the title of “Nation Builder of the Decade for Citizenship,” granted by the globalist Globe and Mail newspaper. She is a “founding Executive Director of the ‘think-and-do tank’ Global Diversity Exchange,” the “Co-Chair at the World Economic Forum’s Global Future Council on Migration,” and a “Member of the Order of Canada.”

The Government of Canada called this event “Canada’s Approach,” “Respect for Diversity and Inclusion,” “A Respected Voice on Immigration,” “Strength in Diversity.” Canada has been exporting these phrases for three decades. Don’t be tricked by their pretentious humanitarian tone; these are possible the most deceptive, ethnocidal phrases ever conceived, and perhaps Canada should be credited for this singular achievement.

To meet Canada’s ideals, Germans are rewriting their history as a “nation of immigrants,” teaching their students that there is no such thing as a “pure German,” and even saying that Islam has always been part of Germany’s identity! To top it all, they are considering enshrining into the constitution, at the behest of Federal Integration Commissioner Aydan Özoğuz, the idea that all Third World cultures should be assigned the same status in Germany’s identity as German. They are insisting that the “Federal Republic of Germany” be officially declared “a diverse country of immigration” in the constitution as Article 20b.

There is no way around it: “respect for diversity” = ethnocide of Germans. Take a listen: