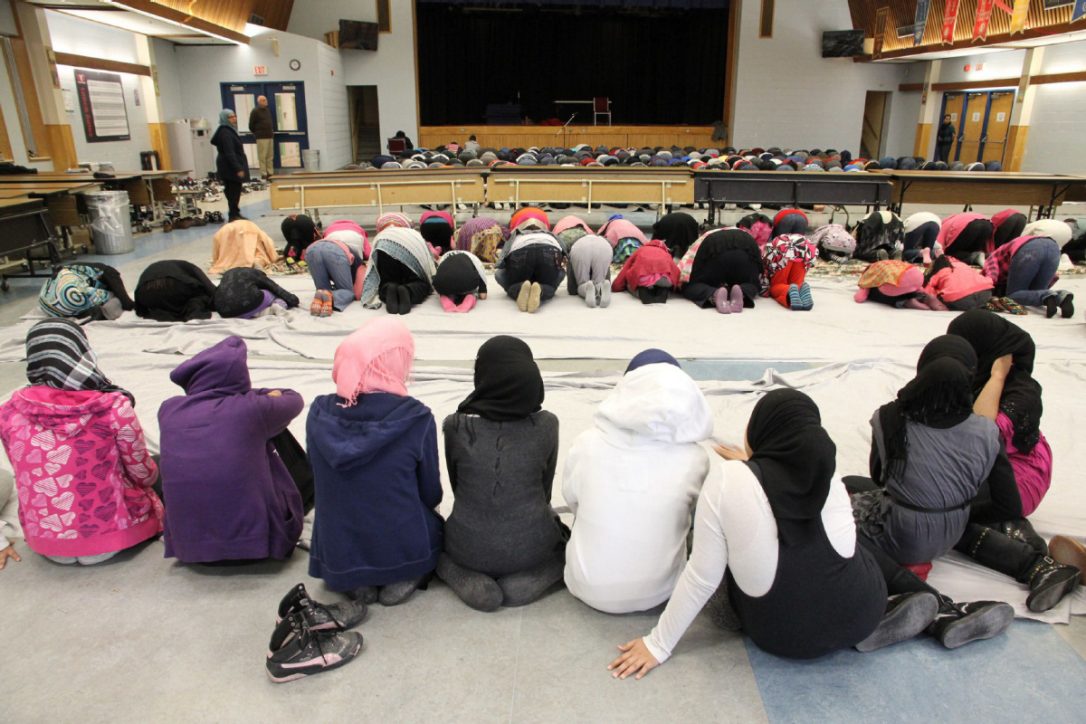 The year is 2030, 15 years after Prime Minister Justin Trudeau’s enlightened policy of mass immigration has made its mark on Canadian society.

The auditorium in the above photograph is situated in what was formerly called Rivendell Lodge on Camp Homewood, once a summer retreat for Christian youth. The fact that this photo was taken in a small semi-hinterland Canadian community is reflective of an ethno-cultural “changing of the guard” that took place under Trudeau’s watch all across the country. In every town and city or hamlet as far north as Inuvik, as far west as Tofino and as far east as St. John’s, we see that old-stock Canadians, the descendants of parasites who did nothing but clear the forests and work the land and build communities are conspicuous in their absence. Consigned to the trash bin of history, where all White oppressors and White supremacists belong.

And it is all down to Justin Trudeau’s vision of a progressive post-national Canada that has been deliberately severed from its traditional Euro-Canadian moorings according to plan. These wonderful, highly skilled New Canadians we see here with their charming practices and customs are but a small sample of the millions who were seeded everywhere from coast to coast. Behold! It’s 2030 and these seeds have sprouted in their full glory! From small beginnings they have swept the land. Glory hallelujah! Or should we say Allahu Akbar!

Most uplifting is the sight of women in this New Canada. Their clothing and submissive posture is indicative of their elevated status. Margaret Atwood gained fame by writing about a thinly veiled Christian dystopian future where women were under the totalitarian control of men. “Handmaid’s Tale” was its name. No wonder she never bothered to write a follow-up novel about women under the complete control of another prominent religion which I can’t identify under the Criminal Code. There was no need to. In 2030 under sharia law, Canadian women are free as birds. And here I thought Margaret was a typical fem-Left hypocrite who applied double standards to Christianity and the Religion of Peace. How wrong could I have been! Looking at this photo from the future I can see that it all worked out in the end.

This picture is surely worth a thousand words. Gone is the old patriarchal Canada and its boring English-French monoculture. The monoculture pictured in this auditorium is so much more exciting, isn’t it? I hope I live long enough to experience such an assembly of free-thinking individuals. That too will be a testament of Justin’s legacy. A legacy shaped by his antipathy toward censorship and the punishment of Thought Crimes, and his determination to create a society where women can participate as equals at every level of society. The women lying on this auditorium floor stand — or rather sit — as proof of his enduring accomplishments. Yep, this photo says it all.

Must admit, I feel enriched just by looking at it. If you don’t share my enthusiasm, just remember:

Freedom is Slavery and…

Diversity is Our Strength!