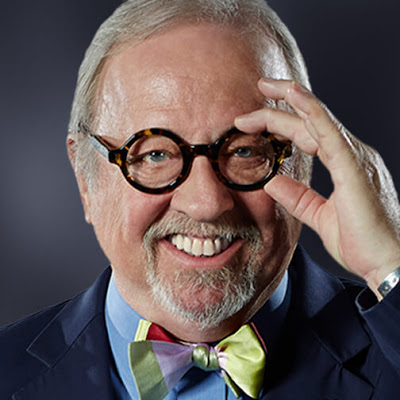 I must confess that I have had a longstanding, all-consuming hatred for Michael Enright. I despise the man and what he represents. But most of all I despise his pretensions.

Enright is the incarnation of the CBC. With a Bertonesque bow-tie to support his feigned intellectualism and his smooth silky radio voice, he projects an air of urbanity, erudition and smug moral superiority that permeates the studio and reaches out to engage and enrage the audience. One wonders, how many radios have felt the brunt of fists that lashed out at his inanities only because listeners were unable to strangle him?

That he uses the Sunday Edition as a pulpit for his opinions, and lacks that fabric of neutrality or sense of fair play to offer equal time to opposing views, is not so troubling as the fact that he is able to carry on like this unchecked on the public dime.

Enright is an employee of a taxpayer-funded state broadcasting corporation. He works for us. Just like a Member of Parliament, but with one difference. An MP can give tendentious and blatantly biased speeches for years upon end, but the taxpayers of his constituency have the power to terminate his or her employment, as they did in my riding. Voters got tired of his blowhard pronouncements and gave him the boot. When pray to God will we ever be given the opportunity to do the same to Enright? Or is hosting the Sunday Edition a lifetime occupation, like being Pope? Is the CBC a monarchy or a dictatorship? Is sexual harassment the only grounds for the dismissal of pompous pricks? What does it take? Enright is well beyond his past due date.

There has never a more obvious example of Enright’s consistent partisanship than his treatment of the subject of federal immigration policy. To cite just a few examples, he devoted an entire editorial to an attack on the fledgling Canadians for Immigration Policy Reform without allowing a counterpoint It wasn’t a critique it was slander. Comparing an organization led by two retired Canadian Ambassadors to the KKK is a little over the top, wouldn’t you say? A while later, he gave Irwin Studin a full 22 minutes to promote the concept of a big Canada of 100 million people, and once again when the interview was re-aired. Then most recently, he spent over three minutes to praise Doug Saunders for taking a similar position in his new book. No one was permitted to appear on his program to refute Studin’s arguments, and we can expect that no one will be invited to the Sunday Edition to respond to Enright’s emphatic call for mega immigration. You have a better chance receiving an invitation to Buckingham Palace to meet with the Queen.

Enright is a disgrace. And so is the CBC. Its in-house appeal and accountability mechanism is a joke. It works something like this. You just finished lunch or dinner and before you can fully digest the meal you hear Neil MacDonald or Rick Clough or any one of the CBC’s stable of propagandists misrepresent a news event or distort a story. You quickly grab a bottle of Tums from your medicine cabinet and run to the keyboard. You send an email or letter of criticism to the journalist in question, and finding no satisfaction, you complain to his producer. Then when the producer fails to provide a satisfactory answer you are told that you can take it up with the ombudsman. Then a month later, the ombudsman asks you to refer to the specific program and date. Then weeks after that, he suggests that you approach the producer. You get the picture. It is called war-by-attrition. Round and round the merry-go-round.

The CBC is an empire unto itself. It cannot be held to account because the problem is, to use the jargon of the grievance industry, “systemic.” The only way you get the CBC to listen is show up with placards in front of their head office. The trouble is, you would have to rely on other news outlets to cover the event because if they didn’t, it never happened. Lying by omission is the CBC’s stock-in-trade. They spin the news, but more importantly, they choose it.

I call for term limits. Enright and the CBC should be terminated because we have reached the limits of our patience. 77 years of shameless propaganda is enough. There are better things we could do with the billion plus dollars we throw at them each year. Like endowing a foundation to teach aspiring journalists that there are limits to growth, that all countries including Canada have exceeded their carrying capacities and that a bigger Canada is not a better Canada.