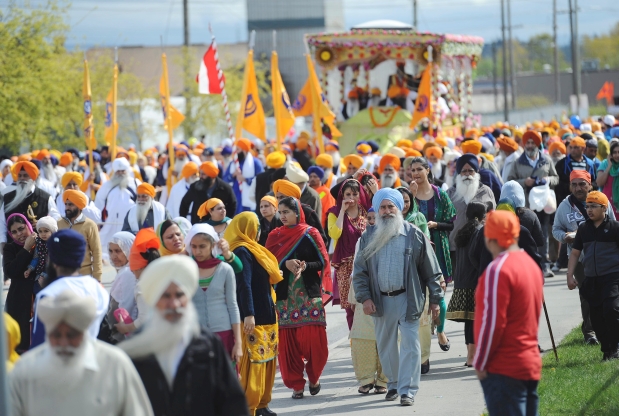 This is what the studies say about Diversity, Integration, Civic Trust and Engagement:

An in-house government report entitled Evidence-Based Levels And Mix: Absorptive Capacity (2017) concluded that integration of immigrants is faltering in terms of housing, jobs, health care, education, religious tensions, ethnic enclaves and transit. A salient finding is that newcomers have a clear preference to settle with members of their own ethnicity. “Residential concentrations of newcomers is a growing concern,” the report states, with the implication that self-chosen isolation can present yet more obstacles to full integration. It also pointed out that “religious and cultural accommodation continues to be an issue regarding practices that are deemed in conflict with Canada’s institutions,” with mention made of “forced marriages” and “family violence issues.”

Contrary to Justin Trudeau’s repeated assertions, Canada is not number one in the Welcoming Immigrants hit parade. According to the Migration Integration Policy index, two other countries — Portugal and Sweden — are doing a better job at absorbing newcomers. Note that “better” does not necessarily mean “good.” Scandinavian psychologists Andreas Bergh and Christian Bjornskov of the University of Aarhus, in a 2011 paper titled Historical Trust Levels Predict The Current Size Of The Welfare State, found that people who live in trust-filled societies are less likely to worry that others will abuse the welfare system as ‘free riders’. In summarizing their study, they stated that

But many Scandinavians’ trust in the welfare system is being tested by the influx of poor, illiterate refugees who are unable or unwilling to work, and end up living on government stipends.

E Pluribus Unum: Diversity And Community In The 21st century (2007)

Harvard’s Robert Putnam, author of Bowling Alone, in a survey of 41 American cities and towns, found that people in ethnically diverse areas tend to be disengaged and wary. “The more ethnically diverse the people we live around, the less we trust them.” People even become more distrustful of members of their own ethnic group! In his report E Pluribus Unum: Diversity And Community In The 21st century, Putnam states:

Inhabitants of diverse communities tend to withdraw from collective life, to distrust their neighbours, regardless of the colour of their skin, to withdraw even from close friends, to expect the worst from their community and its leaders, to volunteer less, give less to charity and work on community projects less often, to register to vote less, to agitate for social reform more, but have less faith that they can actually make a difference, and to huddle unhappily in front of the television.

In a nutshell, ethnic diversity and social solidarity are negatively correlated. They can be likened to opposite ends of a teeter-totter. Moreover, in contradiction to the repeated claims that the massive intake of ethnically diverse migrants has made our city or nation more “vibrant,” Putnam observed, in his Bowling Alone, that “the vibrancy of American civil society has notably declined over the past several decades.”

Ah, but this is Canada, Justin would say. We’re different. But a 2012 survey, Connections And Engagement, conducted by the Vancouver Foundation of 3,841 diverse Metro Vancouver residents confirmed Putnam’s findings. One in three Vancouverites consider Vancouver to be a difficult place to make friends, most don’t befriend their neighbours, half don’t volunteer and most prefer to be with members of their own ethnic group.

A University of Victoria statistical study in 2010 led by Zheng Wu, Social Integration Of Immigrants And Their Children In Canada’s Urban Neighbourhoods, found that many new immigrants feel comforted and protected by settling into ethnic neighbourhoods and that they are less apt to feel loyalty to Canada by doing so. Or as Wu put it, life in ethnic enclaves reduces immigrants’ “sense of belonging to Canada.”

Since Vancouver is home to 110 of Canada’s 260 ethnic enclaves, this makes one wonder how “Canadian” Vancouverites feel, particularly those from across the Pacific. More than 70 of them are predominantly Chinese, while 40 others are predominantly South Asian.

This is the “diversity” which Justin Trudeau continually tells us “makes us strong.” But does it make us happy? Not according to a June 2010 Nanos Research poll, which revealed that 71% of British Columbians do not want to see an increase in immigration intakes, while 40% want to see them reduced. If, as Trudeau says, there is strong support for his government’s immigration policy, it is certainly not the case in British Columbia. The fact that more than 40% of the Vancouverites who answered the Nanos Research poll are foreign-born is testament to the breadth and depth of public antipathy to the Prime Minister’s Grand Scheme.