“A Fascist Take on Canadian History”: The Tyee 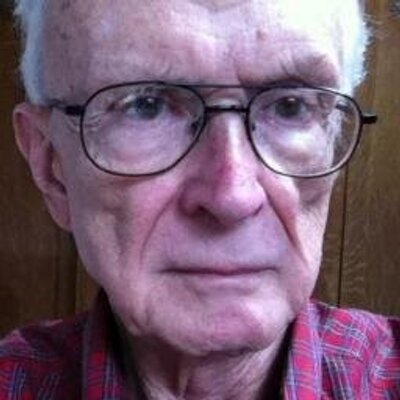 The first establishment review of my book, Canada in Decay, was penned by one Crawford Kilian in an online magazine called The Tyee. As is always the case with leftist conformists, when confronted with substantive ideas not expressed in the corporate media, Kilian’s review is suffused with condemnatory labels intended to elicit mob approval: “fascist,” “Anglo-White Supremacy,” “white racism,” “neo-Nazi,” and “anti-semites.”

One would think that a man born in 1941 would be tired of repeating the same banalities he heard as an undergrad in the 1960s.

Kilian was once a teacher at a place called “Capilano College” and is currently the author of fiction books with weird titles no one cares to read (cf. Amazon sale rank). But to be fair, his name has been immortalized in an online list of African-American achievers, BlackPast.org, as the author of a short book published in 1978 “on the black pioneers of British Columbia.” He is also listed in a strange website consisting mainly of young black athletes.

In his review, Kilian sees fit to reveal a personal email I sent him in which I encouraged him to write a review. This is the third time has has done this. He posted the last one in the comment section of the review, the moment I sent it to him, and the first one in an article he wrote about me a few years ago. He clearly cannot be trusted. Here is the email he cites in the review:

The establishment will try to ignore it [Canada in Decay], though it has been on some best seller lists at Amazon. It is the only dissenting book by an academic on the most important question of our times.

He says this is the language of a “crank who has been identified and rightly ignored.” Yet two articles he wrote about me have elicited far more comments than for his other contributions to the The Tyee (because I do write about the most important issue of our times). The reader comments in his review of my book are now close to 600.

[Addendum, September 22, 2018: Canada in Decay has been consistently ranked #1 at Amazon.ca in a number of categories, including “Canadian History,” “Historical Essays,” “Immigration and Emigration”. It has been officially classified as a “Best Seller” with dozens of excellent customer reviews].

He condemns the publisher of Canada in Decay, Black House, for publishing books by “fascists” and calls one of Black Houses’s main authors, Kerry Bolton, a “neo-Nazi.” These accusations are both false and bespeak of the devious character of Kilian. Black House also publishes Oscar Wilde, a Jewish lawyer, an anarchist, and other authors who cannot be easily categorized as either “left” or “right.” Since Kilian is the one labelling everyone, why doesn’t he tells us what he means by “neo-Nazi”? If he had done his journalism work professionally and read a bit of Bolton’s writings, he would have known that he is a traditionalist.

Designating Canada in Decay as “fascist” (a term the violent Antifa group uses against anyone who dissents against the academic establishment) is totally ridiculous since I explicitly defend the liberal values of the West, democracy, and the rights of minorities to equal treatment. I also explain that Canada’s historical minorities, Amerindians for one, have a group right to protect their heritage. The difference between my position and your typical multiculturalist, however, is that I consistently defend the right of Euro-Canadians to affirm their ethno-cultural heritage against the disintegrating consequences of open borders.

While relying on these violent labels without definitions, Kilian has the nerve to say that

Duchesne…relies on populist clichés like “establishment,” “elites,” “transnational elites,” and “cultural Marxists.” He never defines them.

He is lying. I defined “cultural Marxism” along with other key terms requiring definition, such as “Euro-Canadians.” There is no reason to define works like “establishment” which are commonly understood by everyone. The meaning of the words I use are evident within the context they are used.

The One Potentially Fair Objection

The one potentially fair objection Kilian makes is too imprecise and illogical to be of much value to readers. He writes:

Duchesne…cites Canada’s first census, in 1871, to argue that the new country had just 23,000 natives, barely more than the 21,500 blacks. But an Indigenous population that small wouldn’t have kept the Hudson’s Bay Company in furs for two centuries before Confederation.

The population of First Nations on the B.C. coast alone was estimated at 60,000 in the 1860s — before a disastrous smallpox epidemic wiped out 20,000 of them and shattered their centuries-old societies. The population of the coast before the first arrival of smallpox in the 18th century was likely 100,000 or more. Duchesne takes no notice of the demographic disasters that conveniently depopulated the Americas for the Europeans.

First, to be sure, the 1871 census does say that the native population was 23,000. Now, I should have qualified this statement by adding that these figures “are for the four original provinces (Ontario, Quebec, New Brunswick, Nova Scotia) only.” The census was counting the population of these 4 provinces because these were the provinces that came to constitute Canada a few years earlier in Confederation in 1867. Manitoba and Northwest territories joined in 1870, and BC in 1871.

Yes, one can argue that this census left out the natives of these newly integrated provinces in 1870 and 1871, but, as Kilian himself adds, the 60,000 he guess-estimates for BC in the 1860s was reduced by 20,000 soon after. It is also the case that the natives in these newly acquired provinces were mostly outside Canadian legal society, and that, in this respect, it would have been inaccurate to count them as “Canadians” since they were members of autonomous tribes living in the wild. Moreover, by the same token, this 1871 census is not counting the European population in the other provinces and territories apart from these four provinces. The European population in BC was about 36,000 in 1871.

I do refer to the demographic disasters the natives suffered, calling it “tragic.” But my intention in offering numerous statistical facts about the ethnic composition of the Canadian population was precisely to avoid the notion that natives should be elevated into major participants in Canada’s history insomuch as they were drastically reduced in numbers. I wanted to offer an accurate account of their contribution to the making of Canada’s institutions, rather than a moral account driven by White guilt.

But this is exactly what Kilian tries to do in the review, once his sentence on the epidemics is completed, he goes on to exaggerate the contributions of “Chinese, Hawaiians, South Americans and countless others” in the making of Canada, totally ignoring the masses of demographic statistics I offered on the ethnic distribution of Canada’s population, which totally refute his statistical fabrications.

Moral Posturing While Ignoring The Subject

The rest of Kilian’s review is full of moral grandstanding coupled with bromides about Donald Trump and Anglo supremacists. He completely ignores the arguments I made, opting for the claim that I am a fascist who writes history “without concepts.” What about the four theoretical chapters I offered on Will Kymlicka, Charles Taylor, Leo Strauss, and Carl Schmitt? Kilian claims that I offer “an attitude, not a thesis, that life was better under European rule because Europeans are (indefinably) superior.” It is the other way around, this lazy and untrustworthy “journalist” never asks one of the cardinal questions reviewers must ask: what the intention of the author was in writing the book?

I offered answers to all these questions. Kilian ignored them all and opted for a repetition of what the banks, politicians, and the lying media say about those who criticize diversification. No one respects men like Kilian; they may be called “nice” by Asians and Blacks, but they are never respected. Deep down everyone knows that a man who trashes his own ancestors lacks honour and basic human decency. There is just something wrong witnessing Kilian take regular snipes against the men who built this nation as “mediocrities,” making fun of our most respected Prime Minister, Mackenzie King, while always praising foreigners-to-become immigrants as morally superior.

Canada in Decay was clearly a book way beyond his league, too statistical in its documentation, too analytical in its assessment of the main theories of multicultural citizenship, and too critically minded in its challenge of left-right idiocies about “diversity is our greatest strength”.