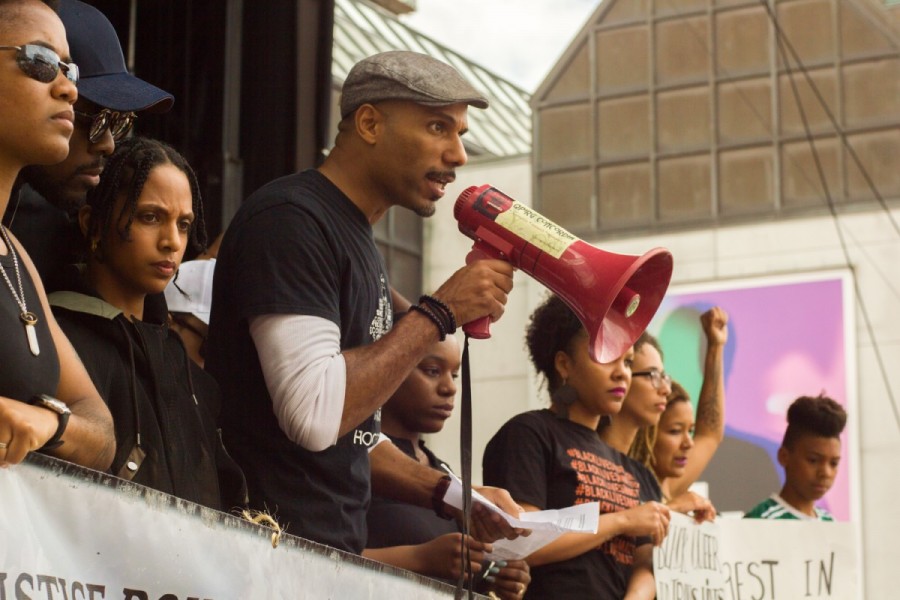 Last spring the Quebec government decided to set up a commission to explore systemic racism. For most observers, the move came out of nowhere: no one had heard of systemic racism before and the few articles that had appeared in the mass media were skeptical of this new cultural Marxist concept, proving that Quebec is not simply a French version of Ontario. The opposition leader Jean-François Lisée, who is trying very hard to attract minorities to his party — without any success we must add — does believe in the evilness of systemic racism. Overall, two Quebecers actually seemed to believe in systemic racism: the premier Couillard and the opposition leader, Lisée.

Comforted by the support of his main foe, Philippe Couillard started organizing the circus-commission and chose representatives of different minorities to prepare the said commission. People from every background were invited, including the Black activist Will Prosper who leads Montreal Republik, a radical BLM-style movement. Every background was invited did I say? One ethnic group was actually forgotten: not a single ethnic Quebecer — French Canadian — was to take part in the preparation work of the committee. Wrong start.

Even the least identitarian Quebecers started sensing that something fishy was going on. They would be put on trial for the shortcomings and failures of minorities, cleverly labeled “systemic racism.”

What had started as a way to consolidate the support of the ethnic blocs before the forthcoming elections would now turn against its creators like a Frankenstein.

Corruption scandals have never been a reason to make a government fall in Quebec, but mismanaged identity politics, yes, as Couillard’s predecessor Jean Charest learned the hard way with his “Reasonable Accommodation Commission.” Sensing his systemic racism could cost him his re-election, Couillard tried to back track. He first said the commission would be held behind closed doors, with no journalists or members of the public allowed. This could help limit the damage, but the media was quick to denounce the move suggesting it was going to be an episode of Quebec bashing and that Quebecers would not even be allowed to hear what the immigrants thought of them.

The commission has now become a hot potato for Quebec’s premier who keeps on sending contradictory messages about it. Hearing the government’s declarations on the subject, it is hard to tell if the circus will happen or not. Couillard said earlier this month that it will go ahead, but obviously he still has not found a way to neutralize the damage while maintaining it. Identity politics will definitely benefit the Coalition Avenir Quebec (CAQ), a centrist party that vows to limit immigration and refuses ethnomasochism. It clearly is not a populist party in the vein of the Front National, but it represents the average Quebecer who refuses to accept immigrants who come here and refuse to assimilate. The average Quebecer especially opposes the infamy of immigrants who try to make us feel guilty for not being open enough in supporting their demands.

In a recent by-election in Quebec City (Louis-Hébert) the Liberals lost a long held county to the CAQ. Impossible to say if this is the beginning of a larger trend, but the CAQ keeps on scoring among the French Canadians who still represent the majority.

Lack of intelligence is definitely one of the shortcomings of our premier. He understands perfectly well his original mistake in setting up the commission. On the other hand, he knows as well that he can get a majority in Parliament with only a tiny minority of French Canadian votes as long as the Anglos and ethnic minorities still support him en masse. Will the one million dollar circus show go on as planned? It is doubtful, but one thing is sure, French Canadians will not be buying tickets to attend.