Europeans The Greatest In Everything Since The Beginning 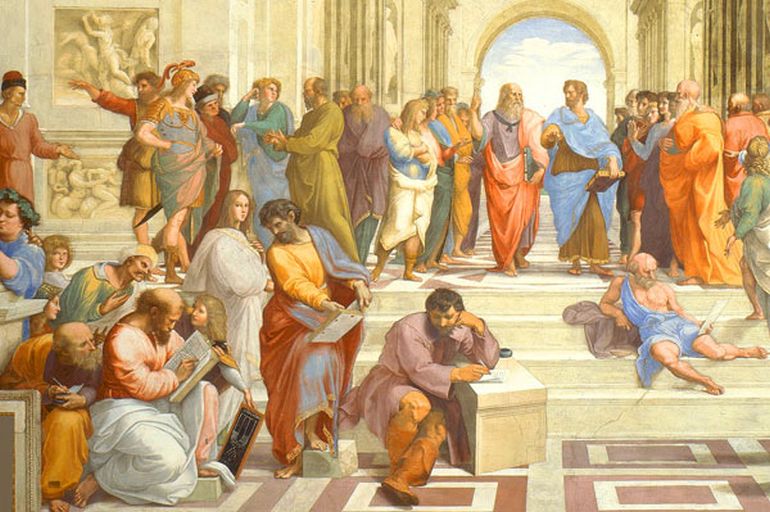 Republican representative Steve King ignited a hysterical backlash in the summer of 2016 when he modestly asked, in response to a journalist who made a comment about “old white people” making up the majority of the GOP:

Where are these contributions that have been made by these other categories of people that you’re talking about? Where did any other subgroup of people contribute more to civilization?

At this point the panelists started speaking over each other in a frantic state, with some reporter asking: “What about Africa?” What about Asia?” Before cutting to a commercial and ending this dangerous line of conversation, Hayes said:

Let me note for the record that if you’re looking at the ledger of Western Civilization, for every flourishing democracy you’ve got Hitler and Stalin as well. So there’s a lot on both sides.

The next day the media together with academic servants of the state unleashed a barrage of articles denouncing King as “racist” and “mentally stunted.” Varying “lists” of the contributions of non-Europeans to “civilization” and to “modern society” appeared everywhere. A white female from Salon, after producing a list about non-European contributions to “humanity,” “first civilizations,” “citizen rule,” “written law,” “tools,” “surgery,” “numbers,” and “Christianity” itself, concluded:

Academics, with their usually condescending (and supercilious) tone, questioned the “idea that there is a separate and unique Western civilization.” UCLA’s Lynn Hunt explained to a Time journalist, how the idea of the “rise of the West” was “invented” after WWII as a way of countering challenges against European colonialism and the “fear” that the West was “declining.” The concept of the West is “problematic.” Was Ancient Greece really Western? What about the contributions of Muslims to “some central points” of Western history?

Lynn Hunt, who herself has written a Western civ textbook, happily conceded to a journalist that the teaching of Western civilization has been replaced by “World History,” because “we have things in common with people everywhere” and such a course, the journalist agreed, “is more welcoming to students whose backgrounds could be traced somewhere other than Europe.”

Only an editor by the name “Akhilesh Pillalamarri” acknowledged “the Scientific Revolution, the Industrial Revolution, and the Enlightenment” as “unique contributions of the West,” while adding that “civilization itself arose in the Middle East ,” and that without non-European contributions to

the domestication of crops and animals, the first weight and measures, the first bureaucracies, organized government and religion, writing, and the wheel…algebra, distillation, and advanced astronomy and navigation…Western civilization, and indeed the modern global civilization build largely by the West, would have been impossible.

Most supporters of Western uniqueness would be satisfied with Pillalamarri’s assessment as fairly accurate, including his listing of “China’s many contributions” such as the invention of paper, printing, gunpowder, the compass, and clocks.

My View On Western Uniqueness

We should not be satisfied. In my books The Uniqueness of Western Civilization and Faustian Man in a Multicultural Age I emphasized the “continuous creativity” of Europeans from ancient Greek times to the present. I also went back to the revolutionary contributions of pre-historic Europeans in the domestication and riding of horses, their co-invention of wheeled vehicles, their principal contribution to the “secondary-products revolution,” their invention of chariots, their creation of the most dynamic language in history, the proto-Indo-European language, their nurturing of the only true aristocratic culture in history (in which rulers were not despots but first among equals), their origination of the first heroic and tragic literature, and, most important of all, their responsibility for the appearance of “self-consciousness” in history, which laid the foundations for the Greek Miracle.

I also mentioned the Roman contribution of the first rationalized legal system that recognized each citizen as a legal person, Rome’s unsurpassed engineering, aqueducts, Latin literature, and rational infrastructure of war-making as well as the greatest empire in human history. I argued that the Middle Ages were one of the most creative periods in history as evidenced by the invention of universities, corporate autonomy of the church and towns coupled with the “first modern legal system,” the invention of mechanical clocks, the scholastic method of investigation, the best water mills, Romanesque and Gothic architectural buildings unsurpassed in history, the three field system of agriculture, an entire Renaissance in the 12th century.

Meanwhile, the Rest of the world remained stuck without any major novelties after the inventions of the Bronze Age that we associate with the rise of civilization as such. There was change, but no revolutionary novelties, no major thinkers, no major scientists, no major artists. There were a few philosophical reflections by Muslims out of their reading of Aristotle early in the Middle Ages, and some novelties in pharmaceutical ingredients and optics. The Chinese also produced a few trinkets by way of water clocks, firecrackers, and paper. But Chinese “development” consisted only in demographic expansion, intensification of rice farming, and the building of big ships called “junks.”

The immense and continuous breakthrough of Europeans in all fields of human endeavour can only be properly captured when we zero in on particular philosophers, painters, novelists, mathematicians, logicians, musical composers. Even the startling lists that Charles Murray produced showing, for example, that the giants for each of the natural sciences (the top twenty in astronomy, physics, biology, medicine, chemistry, earth sciences, and mathematics) consisted of Europeans with the exception of one Japanese, do not capture adequately the originality of European greatness. His statistical calculation that 97 percent of accomplishment in the sciences occurred in Europe and North America from 800 BC to 1950 is obviously revealing.

It is also very revealing that, according to my estimations, 95 percent, and most likely 98 percent, of the great explorers in history were European.

Still, these numbers don’t capture the qualitative originality of European greatness. Measuring European greatness has always entailed an evaluation of the way artists, novelists, philosophers, composers, mathematicians have occasioned a breakthrough, a new way of explaining history, a new style of poetic expression, a whole new philosophical outlook. In contrast, the measurement of non-European greatness tends to be about men who were good at following an existing tradition, perfecting an existing style of painting and poetic expression, reinforcing the unquestioned thoughts of sages.

The standards for Western greatness are far higher. Here is a glimpse of European greatness in classical music. We learn that in Claudio Monteverdi (1567-1643), pioneer of opera, “for the first time in history there was a complete unity between drama and music.” We learn that “it is harmonic intensity above all that sets Bach’s music apart from that of his contemporaries…In Bach’s music a completely new harmonic language is forged […] There is no music in the literature that has Bach’s kind of rightness, of inevitability, of intelligence, of logically organized sequence of notes.”

When Haydn started, “the new music — the music of the style galant — was in its infancy and Haydn put everything together. It is not for nothing that he is called the Father of the Symphony. With equal Justice he can be called the father of the String Quartet…Rococo is left far behind; this is Classicism of the purest kind, and the music is big.” Beethoven, “from the beginning he was a creator, one of those natural talents, full of ideas and originality […] Then came Eroica, and music was never again the same. With one convulsive wrench, music entered the nineteenth century.”

Berlioz “was a natural revolutionary, the first of the conscious avant-gardists…Uninhibited, highly emotional, witty, mercurial, picturesque, he was very conscious of his Romanticism […] he was in every way a revolutionary, fully prepared to throw established and even sacred notions into a garbage can.” Chopin “was not only a genius as a pianist, he was creatively a genius, one of the most startlingly original ones of the century […] For the first time the piano became a total instrument: a singing instrument, an instrument of infinite colour, poetry, and nuance, a heroic instrument, an intimate instrument.” [The above citations are from The Lives of the Great Composers, 2006].

This kind of originality can be found in all the arts and sciences of the West. Actually, the entire history of physics, chemistry, biology, geology, historical writing, logic, archaeology, anthropology, sociology, economics, geography, is dominated by Europeans from beginning to end. After all, these disciplinary fields were all invented by Europeans.

Why this is so should be the mother of all historical questions. Yet even the thought that Europe was slightly greater terrifies an academic world obligated to push a multicultural mandate in education. This explains the hysteria against King. Talking about European greatness is now identified as “mentally stunted.”

The only unique contribution Europeans are allowed, known as the “great divergence,” is the Industrial Revolution, with perhaps permission to connect this revolution to the rise of modern science. But students are quickly reminded that China is now surpassing the West in industrial development. Jack Goldstone and Kenneth Pomeranz are two prominent names behind this historical revisionism. They say the West was merely different in reaching an industrial state first thanks to the exploitation of the Americas, the availability of coal in England, or the “fortuitous” development of an instrumentalist-engineering science in the 1700s. A few critics are begging for the inclusion of Western liberal institutions in the assessment of this divergence. But all in all, the uniqueness of the West is now suppressed.

This is what diversity enrichment entails.