The Spanking Revolt Against Feminist Orthodoxy 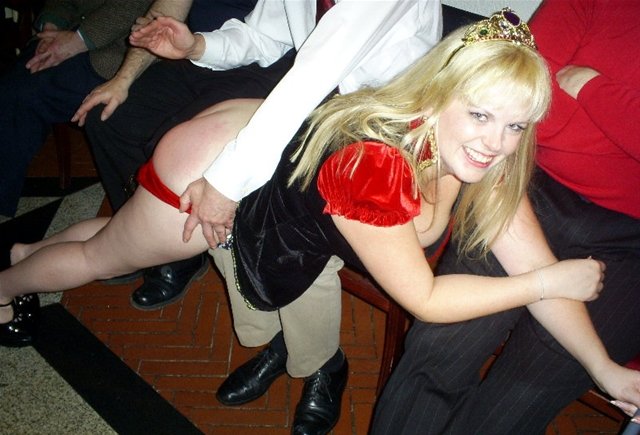 We spend most of our time here at Eurocanadian.ca discussing cultural changes and politics, but before politics is culture, and before culture is race, and before that is sex. Indeed, to combine the two ends of that argument, if war is politics by other means, sex is war by other means.

Certainly this is true in Europe where overbreeding migrants from Asia, Africa and the Middle East are flooding in because they are fecund while Europeans, by and large, are not. In a short time — Mark Steyn says in a very short time — Europe will become Islamized because Muslim populations will vote in Muslim politicians who will introduce Muslim law.

So, whether you take over a country by invading it with an army, or boatloads of fertile women, the result is the same. Numbers count in war, in culture and in politics. If you have the numbers, you win.

What this means is that the survival of European culture and the white race in general depends on one factor; the attitude of our women towards patriarchy, submission and procreation. This is usually put in a more genteel fashion — on the family — but the nuclear family is a patriarchal unit in which the female submits to the male and agrees to have children.

Let me digress for a moment and note that the Allies beat the Axis countries because we adopted Fascist economic principles while the Fascist countries stuck with the free market far too long. An examination of Wehrmacht equipment purchasing practices is a case in point. Inside the Third Reich by Albert Speer lays out the problem in exquisite detail.

To get back to the bedroom, our opponents have stumbled on the fact that controlling their women and prohibiting most female-male contact could propel them to world domination. Clearly, to follow the military example I just mentioned, if we are to beat them we will have to emulate them: control our women and stop them having contact with other men.

And clearly that is a bridge too far, to coin a phrase. Most European and North American women would bridle at any suggestion they turn back the clock.

But what if our women, in a reaction to feminism and the aggressive nature of the workforce, decide all on their own to be submissive, to play the role of passive sexual objects they were for most of history? What if women made passivity and submission the new goal instead of aggression and domination? Indeed, what if this was already happening under our noses?

Market trends are often predicted by “leading indicators,” specialized, often exotic, factors that precede larger events. To give a silly example, an elephant’s nose is a leading indicator that a large object is about to invade your tent on the Serengeti Plain. A leading indicator of sexual submission is whether women find being spanked emotionally satisfying.

Now consider what the current social norms are regarding women’s role in society. We are told women are just the same as men, that women can be just as aggressive, just as controlling, just as domineering as men. We are told that men, on the other hand, are all potential rapists who need to be trained in Kindergarten not to “bully” women. We are told that that sexual touching is rape and that rape is assault. We are told women can lead successful families despite a mountain of evidence, much of it in jails, that they cannot. That’s the orthodoxy. Sexiness, by definition, would be something that goes against this orthodoxy.

Probably the best known is the Texas All State Spanking Party (next event June 21-24, 2018) but there are scores, if not hundreds, of similar organizations and events around the United States. A sampling:

If that were all, it would be interesting, but not convincing; but there’s more, an indication that progressive, left-leaning millennials are struggling to find a way back to patriarchy. This is in the wild world of kink on the internet, particularly at Tumblr.com where, in hundreds of blogs, women show themselves in submissive poses, as sex slaves, being spanked and showing off their spanking bruises. Really when was the last time you saw anyone proud of having their bum marked with red welts?

Am I suggesting beating women is a good idea, no. What I’m saying is that it’s now hip to show off bruises from being spanked, to attend spanking parties, to take selfies in bondage and to tell the public of your private submission to a man. These clearly are extreme attitudes on the fringes of society, but potentially they’re leading indicators that Western women have just about had enough of the rough and tumble of playing at being men and would like to get back to the kitchen and the nursery.

What men should do is welcome them back, put a roof over their head and get them pregnant. Feminism is so yesterday. The kinks are telling us it’s time to get back to the nuclear family where a smack on the behind was a loving gesture from the head of the family.

They’re telling us, in a revolt against feminist orthodoxy, that patriarchy is sexy.