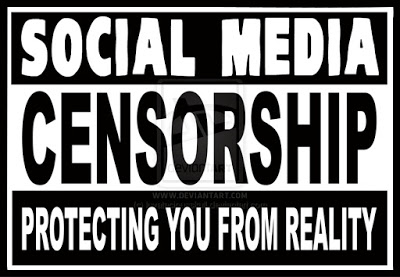 Among the many predictable reactions of the Canadian corporate media to the Alt-Right march in Charlottesville, two articles from the Globe & Mail contain all you need to know about the ignorant, hate-filled attitude of our Canadian establishment against any criticism of mass immigration.

The title of John Ibbitson’s article, Andrew Scheer’s Inclusive Appeal Shouldn’t Leave Room For Alt-Right, captures in one scoop the true meaning of the endless child-like advocacy of “inclusiveness” in its exclusion of Canadians identified as “alt right” the moment they exhibit any “strain of populist, anti-immigrant nativism.”

Ibbitson is supposedly a “far from typical” “right-wing columnist” in “his unorthodox views,” though he is best described as a simple, docile servant of a Canadian state that expects everyone to accept mass immigration without questioning. He says the violence in Charlottesville should teach the Conservative Party once and for all to truly become “inclusive” of “all Canadians — including immigrant Canadians and Muslim Canadians both newly arrived and native born.” Conservatives must say “very loudly” that they “will not tolerate” any Canadian who is intolerant of the state-imposed diversification mandate.

While playing up alarmist images about the impending take over of the West by “Nazis,” Ibbitson also wants you to think that his call for inclusiveness is all about excluding a few Alt-Right “racists” that violate the principle of tolerance. For some decades the establishment has been deceptively insisting that the principle of tolerance cannot include “small groups of extreme right wing” “racists.”

Yet the truth remains that over the last decades a very high percentage of Canadians have been very critical of mass immigration and diversity mandates. In a recent poll, almost half of Canadians stated that “migrants and refugees who illegally cross into Canada at the U.S. border should be sent back to the states.”

In a survey conducted in 2013, they actually said that legal immigration should be cut in the future:

Don’t forget that these views are being expressed in a climate of incredible hostility against any form of “anti-immigrant nativism,” to use Ibbitson’s disparaging words. This “unorthodox” journalist inhabits an Orwellian establishment thriving in a Newspeak that espouses a code of politically correct “inclusiveness” that condemns deviation with the most censorious labels.

It is an establishment that imposes a standard of tolerance designed to justify the “biological extinction” of traditional Anglo-Quebecois identities in Canada and across the Western world, Germanic, Irish, Swedish, Italian peoples.

The implied exclusion of Whites in the inclusiveness of diversity finds full expression in Balkissoon’s Dear White Nationalists: It’s Not Unfair, This Is How Equality Works. Charlottesville, this profound woman explains, is about the “undeniable structural truth of global white supremacy,” a continuation of the “attempted genocide of Indigenous people across the Americas, concurrent to the enslavement of millions of Africans” and the colonization of the Third World.

The Alt-Right in Charlottesville, Brexit and Trump voters, and “white people” generally have “been raised to believe in their own entitlement” and “taught to fear” that non-Whites will “take-away” countries that don’t belong to them. Whites have no right to oppose the taking down of the statue of “the genocidal founder of Halifax, Edward Cornwallis.”

There you have it: a truly “inclusive” Canada is one in which Whites accept their “replacement” by non-Whites and the eventual erasure of their history from books and monuments. It is a Canada that leaves no room for “anti-immigrant nativism” and for the expression of dissent by the majority Indigenous Euro-Canadians.