“Irvin Studin” — Name Behind The Ploy To Make Canada Uncanadian 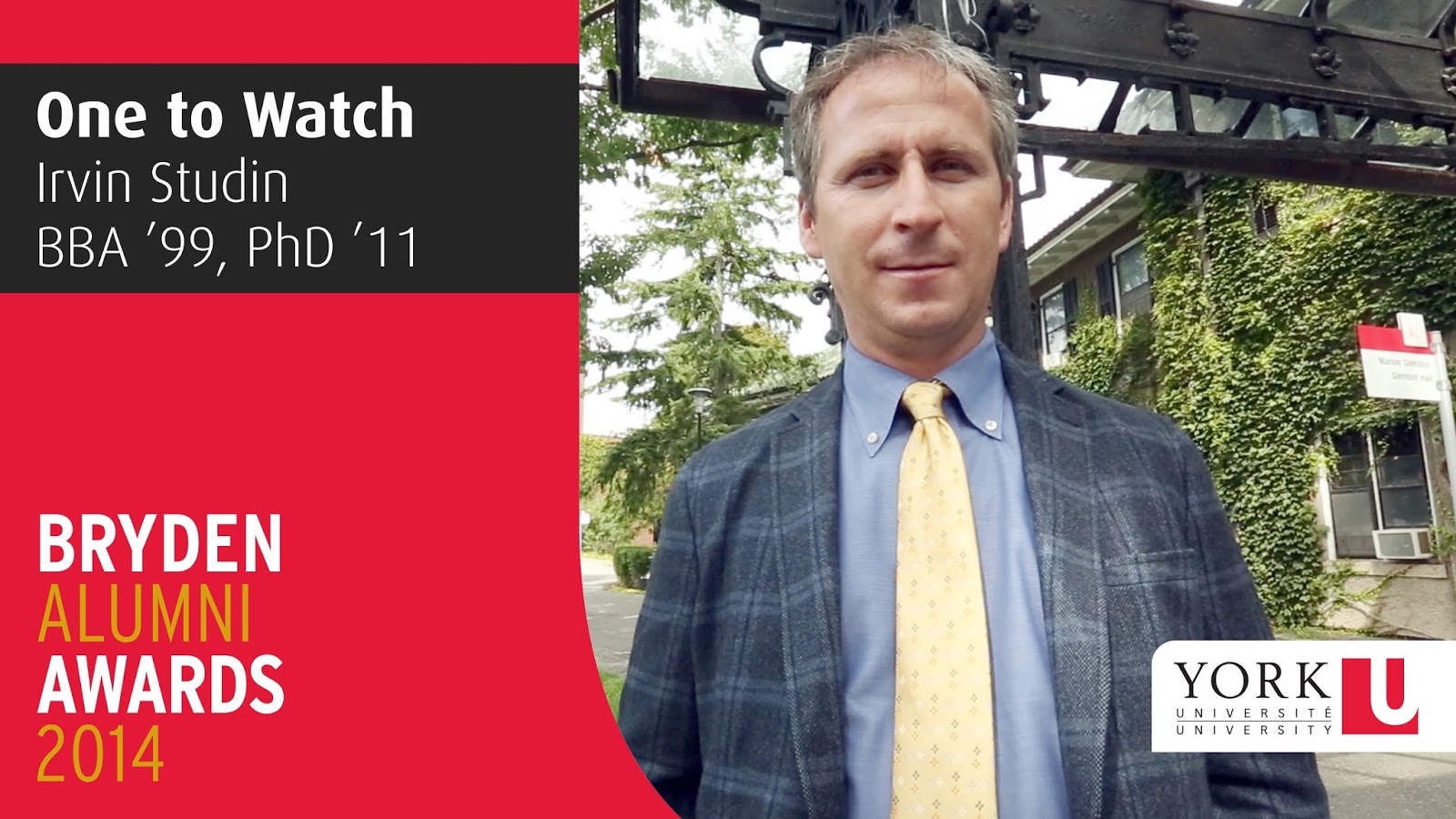 The “long-time proponent” of the idea that 450,000 immigrants a year will make Canada a superpower in the world is a guy named “Irvin Studin.” Terence Corcoran, the Financial Post writer who believes that “private greed” works a lot better in a Canada populated by “dynamic immigrants” rather than strait-laced Anglos, informs us that “through his Institute for 21st Century Questions, Studin has been laying the foundation for a national project for years.”

Studin says that a Canada with 100 million inhabitants by the end of this century will finally allow this nation to act as a “great power” second only to the United States beyond the “mediocre” Canada attained by John A. MacDonald and Sir Wilfrid Laurier.

This guy, author of a book no one knows, proposed this amazing vision in his Global Brief magazine under the title “Canada — Population 100 Million.” Apparently, Global Brief is a “prestigious international affairs magazine,” with the print issue “now available in major bookstores on 4 continents” — which is odd since this magazine’s Twitter only has 950 followers.

Why then would a boring article in a boring magazine become, in Studin’s words, the basis of “a bona fide national debate” in the Globe & Mail and in the National Post “about the merits and demerits of Canada having a total population of 100 million by the end of this century”?

Because in Canada the only acceptable position allowed is that mass immigration is an enrichment and, in this climate, claiming that higher levels of immigration would be an even greater enrichment is the only space for originality. Journalists, perhaps bored with repeating that an average of 250,000 immigrants over the last quarter century has been our greatest strength, could not contain their enthusiasm about a guy with the “chutzpah” (to use one of Studin’s favourite words) to advocate 450,000 immigrants annually. They all came out “strongly in favour” of Irvin’s visionary breakthrough.

Enthused by this amazing response, Irvin decided to write the same article again, seven years later, but with the words “Part II” added to the title. In this article we learn that he is the amazing intellectual force behind Century Initiative and that the goal of this “think tank” is to persuade our politicians that we need 450,000 per year to fulfill the dreams that MacDonald and Laurier could not:

A new, ambitious think tank called the Century Initiative, based in Toronto, was launched last year with the express goal of promoting the goal of 100 million Canadians by century’s end. There followed formal advice to the Prime Minister and Cabinet from the Government of Canada’s Advisory Council on Economic Growth to the effect that Canada, primarily for reasons economic, should increase its annual immigration rate from the current 300,000 to 450,000 — a quantum that coincides exactly with the estimated demographic intake needed for Canada to reach a population of 100 million by the year 2100.

I have already shown the many deceptions, statistical distortions, and ignorant statements coming out of this so-called “think tank.” The two same articles written by Studin are just as vain and shallow. However, to be fair, Studin, rather than focusing on the economic benefits of immigration, as the servile journalists of Century Initiative do, emphasizes the geopolitical benefits Canada will gain from having a large population. It is a truism that a modernizing country with a larger population will tend to have a larger gross economic output and a larger tax base to exert greater geopolitical power. With a population of 100 million, Canada will have the wealth and tax base

to shape international outcomes and to move other parties (state, non-state) to do something that they would otherwise not have done…to mobilize very significant quanta of money in order to properly lead in international interventions — non-military and military alike; through carrot and stick, in development, intelligence, reconstruction, war and peacemaking — wherever and whenever, of course, there was a national political will to do so.

Canada, Studin claims, got away playing a minimal supporting role in America’s strategic efforts through the 20th century, but with the relative decline of America and the rise of China and possibly Russia, “the world of the 21st century will, in all probability, not be as kind, in strategic terms, to Canada as it was in the last century.” Canada will need a far bigger military force to stand up to potential threats to its national sovereignty in the North.

Studin says the number 100 million was intentionally aimed at unsettling the Canadian proclivity to think “small.” To this day, Canadians have not transcended the “colonial, self-subordinating mentality” MacDonald imprinted upon us as members of a nation that would remain concerned with domestic affairs while leaving worldly matters to the British. Canadian politicians are still stuck with a vision of Canada as a “middle power.” Hockey is the only activity Eurocanadians have achieved greatness. In all other endeavors, Studin tells us, Eurocanadians have been “largely self-content in a collective stupor of mediocrity, if not outright apathy.” Canadians have lacked the “chutzpah” of Americans. Studin, born in the Ukraine, is convinced he has the “chutzpah” to finally make Canadians great. Everyone has long known that geopolitical power is related to the size of a country’s economy and population. What is not known, and has never been attempted in history, is the replacement of a nation’s indigenous population with immigrants from alien cultures. But perhaps we should be fair to Studin for showing awareness about the inherent difficulties of integrating people into Canada from very different cultures. He actually says that,

while the ethnic and religious majority/minority ratio in Canada will be diminished over time as the country approaches 100 million, the majority should never become a clear or conspicuous minority (for that would likely create revolutionary conditions in the country).

Still, what exactly does he mean by “clear or conspicuous minority”? He seems to be saying that if White Canadians do become a minority, it should not be discernible, detectable. He does play up opportunities to recruit immigrants from Western countries, advising immigration officials to target Americans and “nationals” from European countries in times of crisis, such as “Greece and the UK in today’s EU, or previously Spain, Portugal, Ireland and Italy, and perhaps France before long.”

But there is something suspiciously deceptive about this line of reasoning. Firstly, he is calling for recruitment of millions of immigrants from countries with below replacement fertility rates that are themselves recruiting immigrants to remain powerful.

Secondly, the crises he envisions in Europe, including Brexit, which he mentions, and the acceleration in terrorist acts, which he anticipates in countries like France (and we can add Britain), are deeply connected to immigration. Is the plan to grab the White nationals from these European countries as they seek to escape the violence brought on by immigrants who were supposed to enrich these nations?

Thirdly, one has to wonder whether he sincerely cares about the White majority in Canada. According to StatsCan, under current immigration levels, Canada will be 20 percent White, 65 percent non-White, and 15 percent mixed race by the end of the century. Now imagine what these numbers will be like if we were to follow Studin’s call for 450,000 immigrants per year.

Studin surely knows that Eurocanadians will be replaced; his recruitment ideas are merely intended to mitigate perceptions. He praises “the excellent writing on this topic by Doug Saunders,” the same journalist who claims that Canada’s culture can only achieve true greatness with the continuous arrival of millions of Africans and Muslims.

One cannot but conclude that Studin garnered attention because he had the chutzpah to propose a faster way to replace Euro-Canadians with foreigners from Asia and Africa.