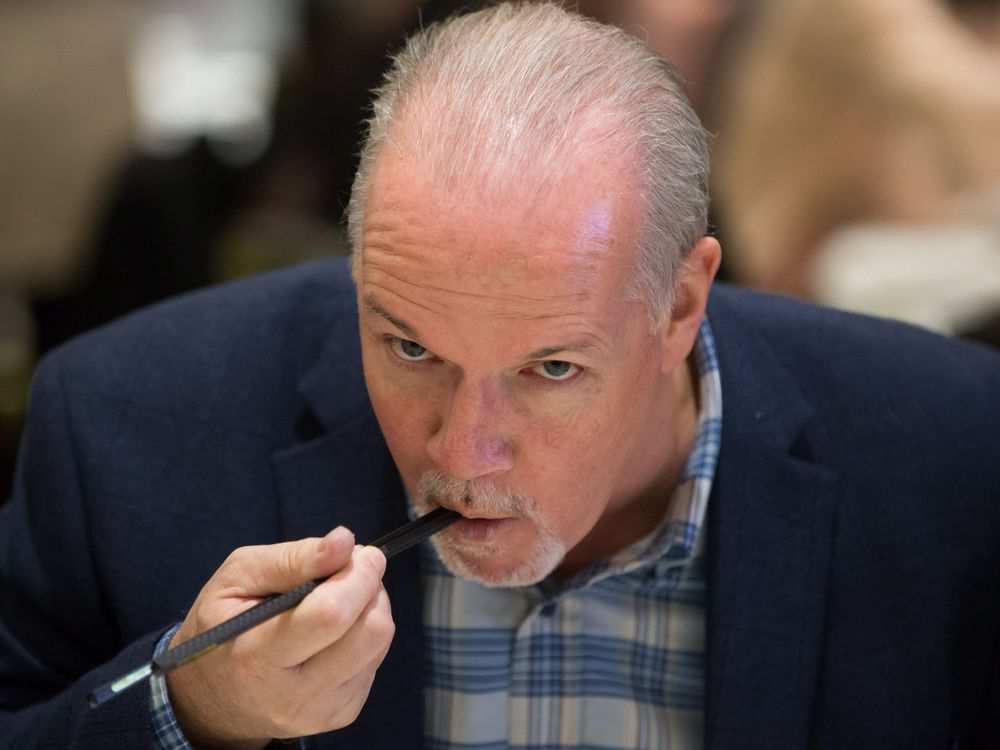 In every election campaign, political parties engage in a bidding war of absurd promises that fail to stand up to scrutiny. British Columbia’s May 2017 provincial election is no exception.

In an effort to out-do the governing Liberals — consummate liars in their own right — NDP Leader John Horgan presented the party’s plan to provide Vancouverites affordable housing by, you guessed it, increasing the supply of housing units. 114,000 over ten years to be exact.

Sounds impressive. But how far would that go?

According to the 2011 census, the average number of persons per household in Vancouver was 2.2, a number confirmed by the City of Vancouver Housing Characteristics Fact Sheet 5 years later. However, since the occupancy rates of detached houses are rolled into the averaging, it is reasonable to assume that non-market housing, the kind proposed by the NDP plan, would house fewer people than that. Nevertheless, we’ll go with 2.2 to put the best face on Horgan’s vision as we can.

That means that 114,000 social housing units would likely harbour roughly 250,000 people, or 25,000 residents each year. That’s less than the 30,000 off-shore home-seekers that come through YVR airport during the same period.

To be sure, an equal number of newcomers would be arriving from other provinces, but of those, about 6,000 (20%) will be foreign-born. That means that in the course of a decade, we can expect 360,000 immigrants arrive in the city to compete for housing stock, in addition to the 240,000 out of province Canadian-born arrivals. From wherever their source, there will 600,000 new arrivals in Vancouver while the construction industry is busy framing up the units for the 250,000 winners of Horgan’s housing lottery.

The truth is, then, that in the best of circumstances, Horgan’s wet dream of 114,000 ‘affordable’ units will still leave 350,000 people out in the cold. In the context of unending population growth, even the most ambitious and costly housing mega-project will fall far short of its objectives. Yet Horgan felt no shame in assuring low income voters that “help is on the way.”

Most critics have called the NDP plan highly unrealistic for a number of reasons, one of which is the scarcity of available crown land, land which local governments must be willing to donate. The NDP apparently didn’t get the memo from Mark Twain that land is something they don’t make anymore. One cannot increase the supply of land ad infinitum. There are limits to growth.

Now that’s a concept. A concept that developers and politicians — particularly immigration ministers — have never heard of. We tried to tell them, but our comments were moderated. Those of us who understand that everything, from motels to stadiums to swimming pools, to camp grounds, to nations and cities has a carrying capacity realize that there comes a point when you can’t shoe-horn any more patrons, customers or residents into a finite space. If demand keeps growing, there comes a time when policy makers must ask: “Then what?” Build 114,000 social housing units and then what? Build another 114,000? How? Subdivide and densify until what point? At what point will demand for more housing cease? Answer: It won’t. Not if politicians like Mayor Moonbeam (Vancouver Mayor Gregor Robertson) are intent on making Vancouver a “Welcoming,” “sanctuary” city open to the world.

Lets conduct a thought experiment and pretend that with the use of a magic wand, enough crown land would be found for John Horgan’s temporary fix, and 114,000 units could be built on it for $15-27 billion (best vs. worst case scenario). Voila, during the decade, 42% of the 600,000 new Vancouverites expected to arrive over that period would find affordable shelter. Whoopee. Does he expect the migrant flow will then come to a halt? Does he expect ten years hence that he would be able to pull another $15-27 billion out of the hat when aging infrastructure, health care and education will cry out for that same money?

Of course, there is an obvious solution to the insatiable demand for affordable housing in Vancouver. The elephant-in-the-room. Reduce the demand for housing (Duh).

And how do you do that? Turn off the immigration tap. Reduce immigration intakes. Turning off the tap would relieve more pressure on the housing market than dumping billions into a bottomless pit.

There is a reason that this solution is off the table of course. Too many people are making too much money in the immigration-driven population ponzi scam, and too many politicians lack the courage and the insight to call for a sane immigration policy. Immigration is the sacred cow of political discourse. It is a given. Part of our cultural DNA. To make critical mention of the ugly “I” word is tantamount to inviting social ostracism and political suicide. Yet it is on almost everyone’s mind.

The most conspicuous feature of Horgan’s press announcement was not his speech, but the people who surrounded him. Every single one of the people who flanked him holding their NDP signs had Chinese faces, an irony that was lost on the media. But it was not likely lost on TV viewers, the majority of whom I’m sure are quite capable of connecting the dots. We are talking here of the muzzled majority of course. The people whose views are beyond the pale, finding expression on the Internet under the cover of pseudonyms.

If you think that those who wish to slash immigration levels represent a ‘far right’, ‘racist’ fringe, just check out the comment sections that follow articles pertaining to immigration. It seems that the “fringe” is now mainstream, and it’s all reality’s doing. In this housing market, there is a thought criminal born every minute.