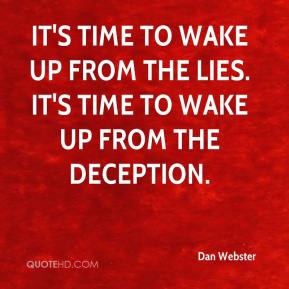 You hear the announcement regularly:

Immigrants to Canada are more likely to start and own businesses than those born in Canada.

Don’t you believe them. This is a lie to justify replacement of whites with immigrant foreigners. I will demonstrate this by analyzing one of the key studies cited to support this false claim. This study, Immigration, Business Ownership and Employment in Canada, released last year by Stats Canada, was authored by David Green, Huju Liu, Yuri Ostrovsky and Garnett Picot (Statistics Canada: Analytical Studies Branch Research Paper Series, March 2016).

Let me emphasize that this study has been amply celebrated by our deceptive press. Global News announced on March 2016:

Immigrants more likely to start businesses than the Canadian-born: study.

What the Data Really Says About Immigrant “Businesses”

I will demonstrate below that the data in this study actually says something substantially different from what the media want us to believe and what the authors of this study would have liked the data to say.

Before I start exposing this study, keep in mind that the Government of Canada, including all the universities and all the grant agencies, only offer financial support to academics who support immigration.

Despite these inherent biases, I have found that the evidence collected in these studies — however skewed the research questions were in the first place — do not fit the media headlines, and even the conclusions of the researchers themselves.

Check the accepted definitions of what constitutes a “business,” the BusinessDictionary, Investopedia, Study.com, Cambridge Dictionary, and you will find that this study redefines the meaning of “business” to contrive the argument that immigrants create “more businesses than Canadians.”

The “Size” and “Job-Creation” of Immigrant “Businesses”

We also learn in the details (hidden by the mainstream media) that the “private incorporated firms” set up by immigrants were on “average” smaller in size than the ones set up by Canadians, with the result that “on a per capita basis, the rate of job creation in 2010 via private incorporated companies was lower for longer-term immigrants than for…Canadian-born.”

We also learn that:

there is very little evidence on the key question of how much immigrant entrepreneurs and the businesses they create contribute to job growth.

How come this was not the headline in the media and in Century Initiative? Keep in mind that in these calculations “an unincorporated self-employed person” is said to be a creator of jobs, “for himself or herself.”

Immigrants Do Not Even Owned Their Businesses

Fake News, Fake Research, Fake Studies are now the order of day in all Western countries blindly dedicated to diversity.

Why does this study announce so casually that “immigrants are more entrepreneurial than Canadian born”?

We learn from this study by StatsCan that:

To summarize, these results suggest that on a per capita basis, the job-creation activity of immigrant-owned private incorporated companies is substantially below that of their comparison group counterparts.

White Immigrants Are The Top Creators Of Business

What if we break up the number of private businesses according to the ethnicity of the immigrant owners? Well, this study has a very revealing factoid the entire media and the authors themselves have never spoken about:

This is the real picture that comes from this study once we get past the deceptive headlines of Century Initiative. Why did the CBC lie to us announcing that “at creating new businesses, immigrants outpace Canadian-born people, StatsCan finds“? What do you think would have happened if the headline was: “Immigrants from White countries are the most entrepreneurial, whereas African, South Asian and Mestizo immigrants are the least entrepreneurial”?

There is a well orchestrated campaign of deception going on at the highest levels of Canadian society aimed at compelling Canadians to believe that their dispossession is good for them.