Definition of a Canadian Conservative 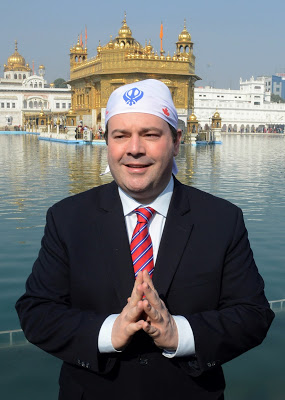 A Canadian Conservative is a Liberal who drags his heels. If you want to create a Conservative, just grab a Liberal and wait 5 years.

They are cowards, frauds, pretenders, and opportunists. Traitors of the worst kind.

Justin Trudeau’s idiocy and superficiality is manifest. We know what he is and where he wants to take us. But Conservatives attempt to convince us that they offer an alternative. Bullshit.

The worst enemy you can have is the enemy who poses as your friend and advocate. He’s the one who will stab you in the back every time. No one fits that description better than future Conservative leader and ethnic ass-kisser par excellence, Jason Kenny, who is a master at this game. I will be damned if I vote for him just to get rid of Justin. Choosing the lesser-of-two-evils is a mug’s game. All you do is guarantine the permanent reign of evil. Unless people vote for what they believe in, rather vote against what they believe in, we are lost.

Canada doesn’t need five centre-left parties. What it needs, what we need, is a populist party that puts Canadians first. And for such a party to get off the ground, we need proportional representation. If we can get just 5% of the vote, then we are off to the races. We can grow our support just like the Sweden Democrats and the AfD have. Imagine if 25% of MPs gave voice to our beliefs and championed our cause. The political class would have a panic attack.