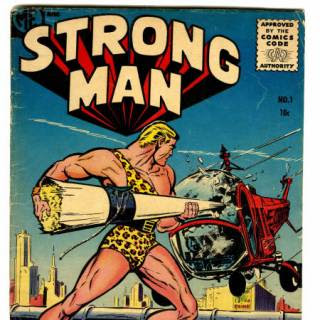 We are told time and time again that civil societies observe the rule of law, not the rule of men. However, what happens when the law becomes so disconnected from the citizenry that its application can no longer serve the common good? What happens when politically appointed judges and bureaucrats fall out of sync with the voters?

Decades of creeping Marxism has left Western countries with exactly that: A diminishing productive class that is funding an increasing parasite class, and a state machinery whose leftist inertia is putting it at odds with those who wish to make change.

Consider that it is the rule of law in the United States that is allowing factories to leave for Mexico and Asia at an unprecedented rate, taking myriad high-tech R&D jobs with them. Isn’t it the rule of law that is causing taxes to shoot through the roof for more and more of the middle class? It is the rule of law that imposes near-zero percent interest rates on bank loans thus making for increasing economic malinvestment and bigger boom and bust cycles: How will this help society remain civil?

It is the rule of law that allows the technocrats to micromanage our private lives and the operations of our businesses through endless rules, regulations, certifications, licenses and red tape. The rule of law forces our young students to fight for college and university admissions with foreigners. It provides for wide open borders that make it harder for the unemployed and new graduates to find work, and forces us to put up with spiraling welfare roles and societal violence.

The rule of law is now being used to attack the family and traditional relationships between men and women, long held as sacred. The rule of law allows billionaire social meddlers to fund violence with the aim of burning our society to the ground in a quest for a magical Marxist Utopia.

It is not the rule of law that is going to save us. It is not the rule of law that will keep our society civil. Nor can we look to the judges or the entrenched bureaucracy to fix this mess. After all, consider the U.S. constitution: It has been extrapolated, misquoted, misinterpreted, perverted and twisted by judges in order to justify all manner of “laws” that are intended for the “public good,” against its original content. The end result is a society that has become less civil, less peaceful, and now, less prosperous.

It is men who are good at being men, strong leaders of principle and character, who will save our society and keep it civil. In these dangerous times when Western countries are becoming more and more divided, the last thing we need are men who will compromise our values in order to close that divide. There is no compromising with the monsters on the left. After all, they never compromise with us. We need leaders who recognize the clear and present danger that these monsters pose to our culture, economy and way of life.

This is the time that Western countries need the rule of men. The rule of law will not save us.