The Left’s Campaign to Dethrone Science 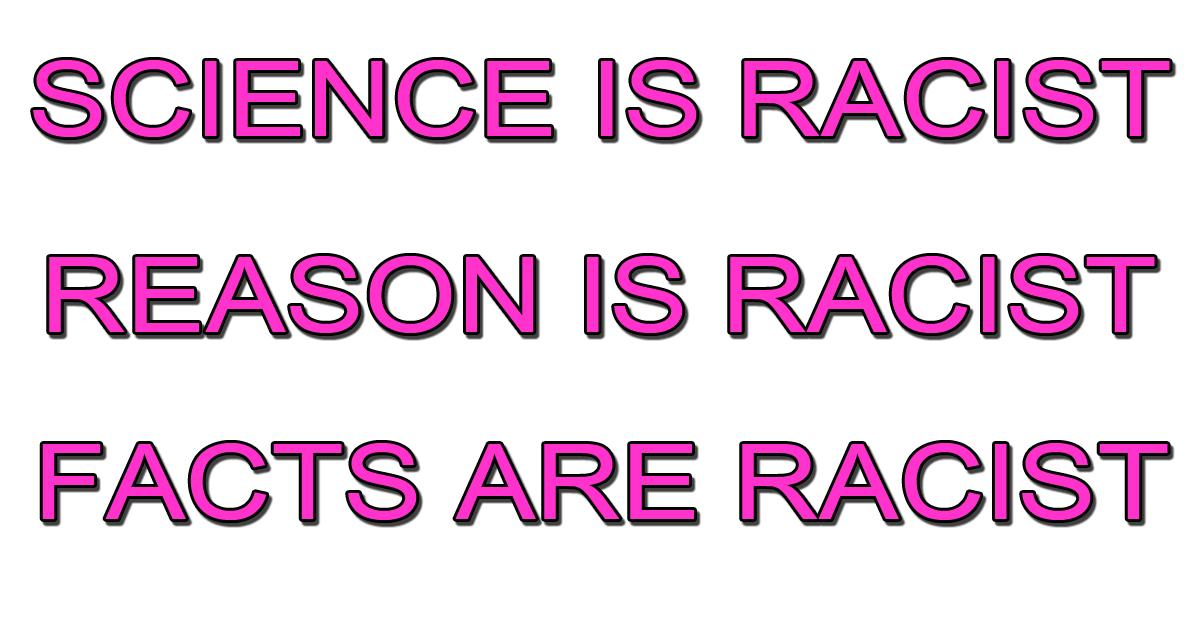 I have heard a lot in recent years about “The Right’s War on Science.” The implication being, of course — that aside from their self-proclaimed moral superiority — Leftists are by contrast, rational, objective and enlightened beings who make and respect evidence-based arguments. Right-wingers, on the other hand, are climate-denying, Bible-punching evangelicals with a religious faith in classical economic theory and the invisible hand of the market place.

Sorry, but that is not my experience. In my neck of the woods, most Leftists are folks who tell me that the theory of man-made climate change is real because “it’s the scientific consensus.” But at the same time many of them are also anti-vaxers who extol the benefits of quack alternative medical therapies, make unsubstantiated claims about various herbal remedies and advocate mega-doses of vitamin supplements that scientists say are not only ineffective but often dangerous. In this particular realm, “the scientific consensus” has no currency. In a nutshell their argument can be summarized thusly:

In other words, these Leftists prefer to listen to the advice of a burned-out baby boomer flower child in a “health food” store, while discounting the knowledge of the local pharmacist across the street who spent years of intensive study at a university school of pharmacy. When asked to cite a double-blind study that would validate their claims, they fall back on conspiracy theories about drug companies, or anecdotal evidence about how their aunt Martha tried this product and it cured her whatever. Some of them even exploit other gullible fools by recruiting them as consumers and salesmen for their pyramid scams, aka “Multi-Level-Media-Marketing.” Their sales pitch? “You can’t get this in drugstores. You can only get it from me.” And, “I know it seems pricey but you can’t put a price on your health.”

Naturally when Health Canada attempted to regulate herbal ‘medicines’ to ensure that they actually contained the ingredients listed on the label, herbal cultists eagerly signed petitions to oppose it. Every ‘health’ food store in the nation had one sitting conspicuously next to their debit machine. The billion dollar herbal/vitamin supplement industry cleverly framed the issue as one of consumer “choice” vs. heavy handed government. Translation: Let credulous consumers buy the snake oil of their choice. Meanwhile, prescription drugs must run a long gauntlet of trials and tests to make it to market. Oh, did I forget to tell you? The then Liberal Minister of Health caved into the pressure and told the scientists at Health Canada that it was mission aborted. That’s what you call appealing to your base.

Of course, typically alloyed with their Left-wing politics and fake environmentalism is a belief in one of a buffet of New Age ideas. One apostle even promised to help me find my “animal spirit guide.” I told her that I already had. I looked in the mirror and saw a hippo. So then she made a pitch on behalf of an extract of a plant found only in the high Andes which would help me lose weight. Alas, I couldn’t overcome my scepticism, burdened as I am by a scientific world view rooted in oppression, slavery and social injustice. I was tempted to ask her for hard evidence but I was reluctant to invade her safe space.

The Leftists I know are curious people. They eschew “organized religion” but proudly claim to be “spiritual.” They are mystics who believe in “science” when it suits them. It suits them to quote a study about melting ice caps in the Arctic, but they fall to their knees in awe of native oral histories and “Traditional Ecological Knowledge,” which has bullied its way into several universities. It’s Canada’s Lysenkoism dressed up in buckskin and feathers.

So it should come as no surprise that Leftist students are prepared to believe that witchcraft is as valid as Newton’s theory of gravity and that science is racist and ‘Eurocentric.’ On the other hand, Intelligent Design, the Young Earth Theory and Creationism have no place in the hallowed halls of higher learning. That particular “way of knowing” sounds too colonial, too White and too ‘privileged’ to merit the same status. Shamans welcome, pastors not. Although something tells me that campus radicals would have no objection to a Muslim prayer room adjoining every lab or classroom.

Now I am beginning to understanding what the Left means by “inclusive,” “diverse” and “tolerant.” It means the inclusion of a diverse set of nonsensical beliefs of which we must be tolerant. The less ‘Eurocentric’ the better.

This is fully in keeping with the apparent intention of the Trudeau government to make any criticism of Islam a criminal offence. Belief systems are to become a protected species in Canada.

That’s fine with me because I am sick and tired of being publicly ridiculed for my belief in the Flying Spaghetti Monster. Put him down and I’ll see that you are charged with a Hate Crime. Draw a satirical cartoon of him and you’ll be at the wrong end of a fatwa.

By the way, remind me why we fund universities?