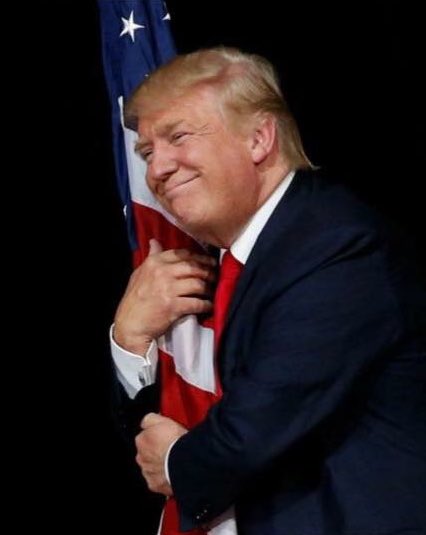 The election of Donald J. Trump revealed a bitterly divided nation and a large body of voters fed up with the status quo: fed up with a perennially ailing economy and a shrinking middle class; fed up with an overly intrusive state that crippled businesses with innumerable regulations and sought to redistribute wealth; fed up with a massively burdensome and insupportable debt; fed up with a president mentored by revolutionaries and malcontents who seemed not to like ordinary Americans much if at all; fed up with a leader who paid court to hostile foreign powers while alienating or outright betraying America’s traditional allies; fed up with a president who spoke of heartland Americans as bitter people who cling to their guns or religion or bigotry; fed up with a president who told business owners “You didn’t build that,” called the Fort Hood terrorist attack an episode of workplace violence, and announced at the United Nations that the future must not belong to those who slander the prophet of Islam; and most of all, perhaps, fed up with an administration that placed the whole country in thrall to political correctness, making a range of important subjects off-limits for discussion on pain of job loss or public disgrace.

Many of these voters felt that America had changed beyond all recognition, had lost its core values, and that neither Republican nor Democrat politicians offered any real resistance to that, or even seemed to notice.

Donald Trump promised to change everything: to make America great again; to revive American industry; to put Americans back to work and make it possible for them to feed their families and to have prosperity once again; to reduce burdensome taxes and over-regulation of businesses; to renew American patriotism and the traditional family; to stop pretending that children do just as well without a father and money; to stop pretending that masculinity is toxic; to make it acceptable and normal once more to love God and to celebrate America’s Judeo-Christian heritage; to decrease the mass immigration that is changing the face of America for the worse; to root out the Muslim Brotherhood sympathizers who have been given key positions in the American administration; to halt illegal immigration and to put a stop to the sanctuary cities that make a mockery of American laws; to rebuild the American military and to signal American power, not acquiescence, to America’s foes; to honor American veterans in a manner appropriate to their service; to renew ties with America’s traditional allies; and to vigorously protect America from domestic and foreign terrorism. Perhaps most importantly, he promised to make it possible for Americans to speak their minds frankly without being publicly shamed for it. This is a tall order. Donald Trump will require every ounce of his legendary courage and determination to withstand the incessant volleys of criticism, slander, fake news, nasty allegation, scandalous accusation, vitriolic protest, and angry opposition — the cries of racism, anti-Semitism, homophobia, and misogyny that are now the stock in trade of the Democratic Party. His many enemies will stop at nothing to derail, distort, denounce, and destroy him and his new administration.

As he takes office, he faces a herculean task to rebuild and regenerate the country. But he has a vision, he loves the country, and he has a track record of success against the odds. We heartily wish him well. May God protect and bless the new President of the United States of America, and may his plans for America bear abundant fruit.