Which Is a Bad Thing, Nationalism or Globalism? 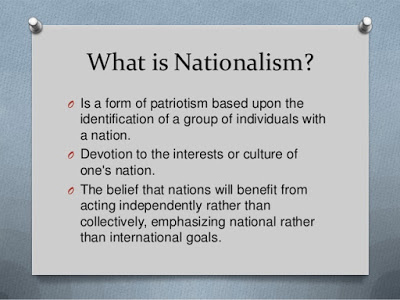 Whenever the “experts” on various television news programs bring up the topic of nationalism, and how it is becoming increasingly popular throughout the world, they invariably stick to a very narrow script which decries this trend as a terrible, racist, and xenophobic movement. Never once do the “experts” display any intellectual honesty by mentioning how globalism has just as many flaws as it does positive attributes.

The increasing push both in Europe and in America towards open borders and free trade has been done, largely in unison, by elitist politicians and multinational corporations who spend absurd amounts of money on lobbyists in order to further increase the size of their corporate coffers. Never has there been a true public debate where the average Joe or Jane gets to have their say as to whether or not they want all of these immigrants from all around the world entering their country in large numbers, or whether they favor expanded trade with countries such as China where the cost of labor is a pittance in comparison to having something manufactured in the USA, England or Germany.

It is this blatant disregard for the working class on both sides of the Atlantic that has led to such a strong political backlash which has culminated in the election of Donald Trump and Brexit in England. One of the biggest lies which is oft repeated is that we all share the same values and want the same thing. There is only one huge problem with this narrative: it has absolutely no truth in it whatsoever. Plato once wrote,

Any city, however small, is in fact divided into two, one the city of the poor, the other of the rich; these are at war with one another.

This rings as true today as it did back in his day more than two millennia ago. Except that now we are not dealing with two cities, but rather two entirely different worlds, each with its own agendas and self-interests. Does anyone really think that Tony Blair dramatically increased immigration in England with the intended goal of helping out the White working class, or further reducing crime? Or was there some other plan on his mind when he decided to work against the best interests of the average British citizen…

There are polls which state, in numerous countries such as America, Sweden, England, etc, that the overwhelming majority of the people living there do not want increased immigration. They want reduced immigration, and often dramatically so. Nobody asked for turning their country into a multicultural society. Not in Sweden, or in France, or in England, or in Germany, there was never any open and honest public debate where the people voted in favor of such a referendum in order to dramatically reshape their country in both a demographic and cultural way.

So why do the elites who run our nations blatantly push policies, both foreign and domestic which time and again run contrary to what the public wishes? Then these very same individuals and their parrots in the mainstream news media are surprised, caught completely off guard when a wave of nationalism starts to sweep numerous Western democracies all around the world. They keep stating how if you vote for your own interests, to preserve your own culture, and to keep your jobs from being outsourced, well, you must be either a racist, a bigot, or my favorite of them all, a White nationalist.

Demonizing an entire segment of one’s own society, a very large segment of society for voting their own interests and wanting to preserve their own cultural heritage with the stated goals of wanting their children to not grow up in a world which is dramatically different from the one that they grew up in is neither a racist sentiment, nor should it be casually brushed aside by the powers that be. To do so would be a form of political suicide, as they are slowly starting to understand.

How “sophisticated” of them…