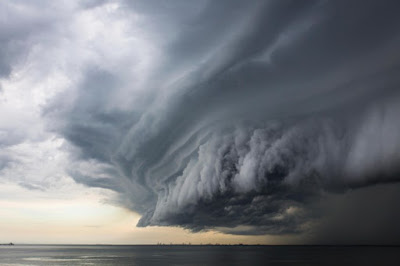 Canada was a wonderful country in 1967, an idyllic and naively happy country, oblivious to the dark spiralling clouds gathering momentum on the horizon. For the Anglo elites Canada was not yet humanitarian enough. Caught up with the norm that progress required the obliteration of any sense of collective identity among Eurocanadians, they decided to dismantle the last remaining “racist” trait in the 1962 Immigration Regulations, the exclusion of non-Europeans from sponsoring family relatives.

The Immigration Regulations of 1967 were enacted in the face of mounting pressure from both domestic groups, and from Commonwealth “freedom loving” countries in Africa, the Caribbean, and Asia. These countries demanded that Canada live up to its international advocacy of human rights and its membership within a Commonwealth of nationalities deemed to be equal and racist-free.

The 1967 Regulations were purely liberal in the economic sense, without any reference to the cultural needs and character of Canada, based solely on “a points system” in which immigrant applicants were given a score according to education and training, personal character, occupational demand, occupational skill, age, pre-arranged employment, knowledge of French and English, the presence of a relative in Canada, and employment opportunities in their area of destination.

Those with a score showing they could be beneficial to Canada’s economic requirements would be accepted. Immigrants from White nations would now enjoy the same rights of sponsorship as immigrants from any other part of the world. The immediate family members of all accepted immigrants could be sponsored, while distant relatives would undergo the same points system evaluation. Immigration processing facilities would be opened outside Europe.

Kelley and Trebilcock observed that the Regulations of 1962 and 1967 “quickly led to a dramatic change in the composition of Canada’s immigration intake, with Asia becoming the leading source of immigrants by the end of the period.” They note that after these Regulations the proportion of immigrants coming from Asia and the Caribbean “increased dramatically, from 10 percent in 1965-6 to 23 percent in 1969-70” (The Making of the Mosaic, p. 354). The 1967 Regulations were soon felt in a very significant increase in the total number of immigrants, with approximately 525,000 arriving just between 1972 and 1974.

The apprehension among Canadians about this sudden arrival of people from very different cultures was such that in 1975 the government decided to organize public hearings, which led to the tabling of the so-called Green Paper in the House of Commons. The key message of the Green Paper was that Canadians were “concerned about the consequences for national identity that might follow any significant change in the composition of the population” (Triadafilos Triadafilopoulos, Becoming Multicultural: Immigration and the Politics of Membership in Canada and Germany, UBC Press, 2011, p. 111). They wondered whether the arrival of “new racial groups into the population [might] outstripped the ability” of Canadians with each other in a harmonious way.

When the Green Paper was released, a Special Joint Committee received close to 2,000 letters of opinion, formal briefs, and oral testimonies from Canadians, with a high majority, 83 percent, demanding firmer controls on immigration from the “Third World.” In what seems like a very different age, writers during this consultation process were unafraid to state openly that Third World immigration would alter “Canada’s racial composition” and destroy Canada’s “distinct national identity.” Some even demanded the deportation of all non-Whites and the restriction of immigrants to Anglo and Nordic countries only. These were not the opinions of marginal individuals out of touch with the majority of Canadians. Gallup polls in the 1960s showed that only about one third of Canadians thought that Canada should bring any immigrants, and over 60 percent thought that the levels of Asian immigration at the time were already too high (Freda Hawkins, Critical Years in Immigration Canada and Australia Compared, McGill-Queen’s Press, 1991). In the 1970s, Canadians were still holding these views. Relentless brainwashing of our children was not yet a reality. This would happen with incredible acceleration from about the mid-1980s, or during the 1990s, pushing the spiral ever more in a truly pathological, self-hating direction.

The views expressed in these polls should hardly surprised us. Current research abundantly shows that ethnic groups throughout history have exhibited a preference for their own kind, and a disposition to judge other ethnic out-groups by their own in-group standards. This preference is a healthy and practical evaluation of one’s ethnic identity and interests consistent with evolutionary theory. Now, this disposition is less marked among Northern Europeans. As Kevin MacDonald has written, Europeans evolved cultures with a strong individualist orientation, monogamous nuclear families, less emphasis on kinship relations and more on contractual relations. This individualism encouraged a “relatively low ethnocentrism” and a high level of “moral universalism.”

This European culture, particularly with the emergence of modern liberalism, the Enlightenment with its universal credo about the “rights of man,” followed by the spread of the norms I examined in Part 1, has been inclined to be less in-group oriented. It has also been inclined to the universal belief that members from highly collectivist cultures will relinquish their millennial, genetically-based heritage, once they get socialized within European individualist cultures. Liberals with a weak concept of the political think that all humans have a natural disposition to act as individuals in open markets, carry contractual relations based on trust with members outside their extended families, so long as they are given the opportunity to do so.

They don’t realize that non-Europeans, as MacDonald shows, evolved in ecological contexts that “supported large tribal groups based on extended kinship relations” where individualism was suppressed. They don’t realize that non-Europeans never developed liberal institutions based on the equal application of the law regardless of one’s social rank, separation of church and state, and freedom of expression and association.

Non-Europeans developed cultures with a strong ethnocentric disposition, extended family units, and far stronger in-group behaviours and out-group derogation. Still, the general Eurocanadian public did have ethnocentric dispositions in the 1970s, did have a sense that “British liberties” could not be assimilated by non-Europeans, even as human rights and “anti-racist” norms were starting to spread rapidly from the top down, pushed by “progressive” elites and legislated by politicians.

Discovery of the Ethnic Vote

What reveals how far the Canadian state had moved away from the concept of the political by the 1970s is the fact that the only individuals the political elites took seriously during the consultations carried by the Special Joint Committee were the members of the organized delegations of ethnic groups against “racists and bigots in Canada.” Twenty-nine East Indian associations, the “Immigration Policy Action Community of the Vancouver Chinese Community,” among others, defended the 1967 Regulations, and went beyond in calling for the expansion of sponsorship rights, while insisting that Canada was no longer a nation of two founding peoples, the English and French, but a nation of multiple cultures and races.

While the Special Joint Committee recommended that immigration be reduced to about 100,000 per year, as a way of appeasing critics for the time being, it not only emphasized the continuation of the 1967 Regulations, but called for the re-education (read, re-engineering of the souls) of Canadians, backed by funding of community programs to promote “inter-cultural understanding,” as well as amplification of human right’s legislation in order to “protect Canadians and immigrants from racial and ethnic discrimination.”

What is even more revealing about the radicalizing effects of the spiral during these years, and the ever weakening of any collective ethnic identity among Canadian elites, was the way MPs serving on this Joint Committee were impressed by the “vote-mobilizing ability of minority ethnic organizations” and the fact that ethnic groups represented the largest percentage of the groups that appeared before the Committee. Instead of pondering over the stronger sense of political grouping and identity among non-White immigrants, the liberal elites, the Liberal Party in power during these years, concluded the opposite: Canada should not impose tighter immigration controls, but should exploit the support of these groups by promoting mass immigration, never mind what the founding peoples were expressing in polls about their cultural dispossession. This was the beginning of what would become a major force in its own right accelerating the spiral: the rise, and the promotion by Canada’s parties, of ethnic voting blocs against the ethnic interests of Eurocanadians.

Nevertheless, we are getting ahead of ourselves. It is important to understand that the Immigration Regulations of 1967, notwithstanding their complete abolition of any racial traces in their stipulations, were not conceived with a view to bringing about a radical alteration in the ethnic composition of Canada. The expectation among politicians then was that it would be very difficult, from a practical sense, for Third World nations to generate immigrants with the skills and points necessary to apply for admission to Canada. The leaders of all the major parties agreed with these Regulations, and their state of mind was that Canada had met its obligations to the human rights expectations and non-racist norms of the times.

The radicalizing spiral, however, would gain more intensity as the sixties came to an end and the 1970s began, leading to the 1971 declaration that Canada was a multicultural nation.