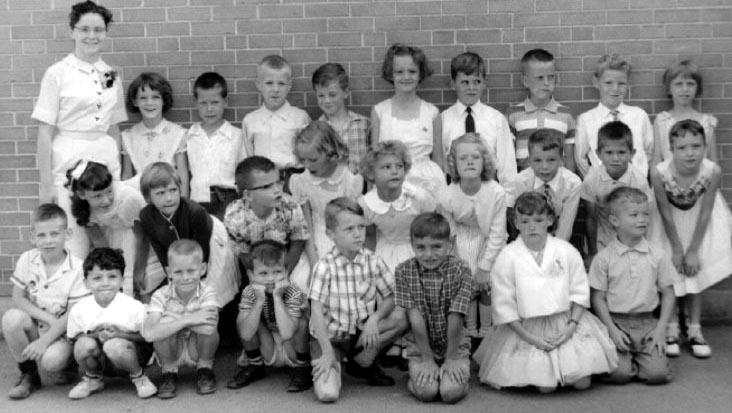 The 1962 Immigration Regulations constituted a radical break with the immigration policies Canada had followed throughout its history in replacing racial criteria with a “skill’s based” immigrant admissions criteria. These Regulations, however, were not intended to bring about a radical change in the racial composition of Canada.

They were intended to meet the new post-WWII normative requirements against “racism.” These Regulations were implemented without a proper ascertaining of their radicalizing implications and certainly without anyone actually desiring a non-Anglo Canada with a totalitarian climate that would only allow the celebration and affirmation of non-White identities. Lacking a concept of the political, of the essential importance of a group ethnic identity for the survival of a people within its own nation state, Canadian Anglo politicians unknowingly took a delirious step down the path of cultural suicide when they implemented these Regulations.

Economic motivations were very important in this radical change. Canada’s economy had been expanding rapidly since WWII and in the 1960s Canadians generally were very optimistic about future economic prospects. Meanwhile, the economies of Europe were also growing rapidly in the 1950s and the number of immigrants interested in coming to Canada was declining sharply, though Italy and Eastern Europe still remain important sources of immigrants. There was strong pressure from business elites on politicians to find new sources of immigrants.

Yet, what is striking is that the main reason offered for these Regulations was that Canada no longer believed that immigration policy should be determined by racial criteria. Many of the politicians who legislated these changes may not have been keen on opening Canada’s economy to races that were “unsuitable” to Canada’s climate and national character, but they were certainly responding to the pressures generated by the new normative climate of the post-WW decades, which made racial discrimination in the West unacceptable.

Domestic and international groups and diplomats were holding Canada to account regarding its obligations to live up to the protocols of human rights, the notion that true liberal states could not be based on any form of ethnic nationalism, and that racial distinctions were fascistic. As the Canadian Museum of Immigration at Pier points out in assessing the cultural climate behind these Regulastions:

Following the Second World War and the Holocaust, there was increased awareness and sensitivity to matters of racial discrimination. Prime Minister John Diefenbaker introduced the Bill of Rights in 1960, which rejected discrimination on the basis of race, colour, national origin, religion or sex. As such, the selection of immigrants on the basis of ethnicity and national origin became difficult to justify.

But could not the government make a distinction between discrimination against minorities residing in Canada with citizenship and extending citizenship rights to non-European foreigners wanting to migrate to Canada? Today, no one makes this distinction, but assumes, as this article at the Canadian Museum of Immigration at Pier assumes, that discriminating against Canadian citizens on the basis of race is the same as employing racial criteria against potential immigrants without citizenship. More than this, today the entire establishment assumes that Canada must welcome immigrants and eagerly strive for racial diversification if it is to live up to its “liberal ideals.”

The politicians who legislated the 1962 Regulations were not as pathological. In fact, a central immigration reformer during this time, W.R. Baskerville, felt comfortable admitting that despite the abolition of racial criteria, Canada would “still give preference” in the selection of immigrants “to those countries which have traditionally supplied [its] immigrants.”

Moreover, in official but not publicized papers, it was specified that immigrants from non-European countries would only be allowed to sponsor members of their immediate family, whereas European immigrants would be allowed to sponsor relatives as well. Canadian officials also voiced the view that there was nothing in the Regulations prohibiting Canada from focusing on the recruitment of immigrants from European created nations.

Overall, no one envisioned these Regulations as a way of transforming Canada away from its Anglo-European heritage. The emphasis on skills, it was expected, would limit immigrants from Third World nations lacking modern educational facilities and industrial skills. The Canadian government still had a concept of the political, a sense that Canada was in charge of deciding which group of immigrants would suit the interests of British Canada. While it no longer voiced its right to decide its racial character, it did interpret these Regulations as consistent with the right of the government to refuse “immigrants whose presence would cause severe disruptions or drastic change.”

However, the spiral of radicalization built into the norms of racial equality, civic nationalism, human rights for everyone, could not be appeased. External governments with a strong sense of the political, heavily ethnocentric, were only too pleased to request answers from the Canadian government as to why the Regulations of 1962 were sill discriminatory in their exclusion of non-Europeans from sponsoring family relatives. Accordingly, governments in the West Indies, in South America, in Africa, Pakistan and China, demanded to know why Canadian officials were not eagerly seeking immigrants outside Canada’s European sources of immigration.

Accepting this pressure, in November 1965, Prime Minister Lester Pearson promised to remove all remaining barriers in the acceptance of immigrants of colour. Canada’s government wanted to avoid “strong resentments in international relations.” Be it noted that Lester Pearson had promised in 1963 that he would introduced a new flag to replace the Canadian Red Ensign and Union Jack, which did happen in 1965 when Parliament approved the Maple Leaf flag, This was a symbolic break with the British past and with Canada’s Britishness. The Maple Leaf would be a flag without any ethno-Anglocentric nationalistic symbolism.

The 1962 Regulations and the Maple Leaf flag both reflected the inherent weakness of the concept of the political among liberal politicians, and the further weakening of this concept, making it ever more difficult for Canadian leaders to affirm their ethno-cultural identity, and thus to stop the spiral of radicalization. Instead, the weaker Canada’s political identity became, the stronger the spiral would become. Once these Regulations were passed, immigration would be judged strictly in terms of skilled versus unskilled immigrants, educated versus uneducated immigrants, and the overall benefits they could bring to Canada’s economy.