The End Game: What the Immigration Lobby Has in Store for Us 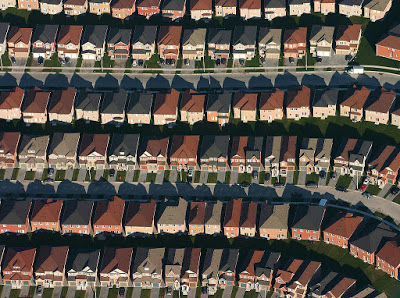 It has been an ongoing story that never lets up. Ordinary working metro-Vancouverites, including double-income families, are being displaced by big foreign money and in-migration. Not only can they not afford a down payment or qualify for a mortgage, in a growing number of cases they can’t even pay the rent, assuming they find an apartment or basement suite.

This housing crisis has provided ample fodder for local news media. In fact, rare is the night when it doesn’t pop up as a news item. Or so it seems. Case in point:

On November 21, 2016, a BC Global TV news reporter asked real estate magnate Bob Rennie about how he would address Vancouver’s lack of affordable housing. His answer: increase supply (surprise, surprise). How do you do that? By changing zoning laws so that houses could be converted to multi-family suites. Another form of densification.

5,000 units. That sounds like a lot. Except when you consider that in addition to the number of foreign-born migrants coming in from other provinces, 30,000 freshly minted New Canadians are settling in the city every year via the airport express. Repeat. While 5,000 units are being built, 30,000 extra people are inserted into the housing market each year. This conjures up the image of Charlie Chaplin in the factory scene in Modern Times. No matter how hard Charlie tries to keep up with the flow, he can’t move fast enough to deal with the stuff that it is coming at him down the conveyor belt.

Let’s do the math.

Let’s err on the conservative side and assume that each unit will be occupied by 4 people. That would mean that those 30,000 extra people would require 7,500 units, or 625 units every month for a year. In other words, just 8 months of business-as-usual immigration would wipe out the benefit of 5,000 social housing units. This is not to say that these immigrants will dwell in the new units, but that they will increase the pool of city residents looking for housing, thereby bidding up real estate prices and pushing more Vancouverites out of the market. Premier Clark might as well use the $855 million to pay for their moving vans.

Bottom line: Increasing the supply of housing in the context of continuing large-scale immigration is FUTILE. It is the Labour of Sisyphus. Like bailing water out of a leaky boat. Even a cretin should understand that, but apparently politicians and realtors have failed to reach even that modest mental bench mark. Or could it be that the rewards of not understanding it are too great to resist?

Obviously the solution is to reduce demand. How do you do that? Simple. You lower the federal government’s immigration and refugee intake. “But wait,” they will say, “immigration policy is not in our jurisdiction.” True. But do you ever hear a Vancouver Mayor or a city counsellor call for a halt to immigration? Or at least a moratorium to allow Canada’s urban centres to catch their breath? A pause that would buy some time so all levels of government can repair infrastructure or improve social services or expand medical services or train more doctors or build more residential care facilities?

The answer is “No.” Not now. Not ever. Immigration is the Elephant-in-the-Room. The love of mindless growth that dare not speak its name. The very idea of reducing demand is outside the box.

Instead, what we have heard from city politicians across the land is a perennial demand that Ottawa cough up federal funding to cope with the growing demands that immigration-driven population growth inflicts upon their property taxpayers. Taxpayers who are not only expected to fork over the money for infrastructure, transit and social service costs and ESL training — but move over and squeeze tighter and tighter for an endless queue of migrants whom the self-serving immigration lobby insists we need.

In essence, the Conference Board of Canada, the federal cabinet, the Mayor, the city council and the Bob Rennies of this world are issuing city residents an ultimatum: Either submit to ever increasing density and live in a shoebox — or leave. Make Vancouver a “Sanctuary City” for illegal migrants, but offer no sanctuary for Canadian Vancouverites who cannot afford shelter.

What is your end game?

What is your population target? How many people do you want to live in this country?” 40 million? 50 million? Or is it John McCallum’s wet dream of 100 million citizens?

If so, where do you intend to fit them in? The wetlands that comprise 14% of Canada? Or the lakes that make up 7.6%? Or the permafrost tundra, or the boreal forest upon which global climate stability depends, or the mountains which together account for another 73% of this “big” country of ours? The Canadian Shield alone occupies 48% of the land. Think of undulating hills of spongy swamps, decaying peat, and thick taiga forest on top of rock dotted with thousands of lakes — not an ideal site for the town home accommodation of ten million refugees and 50 million immigrants, wouldn’t you say?

And then there is that one little detail, that provision in the Charter of Rights and Freedoms which guarantees freedom of movement. How do you intend to command so many millions of newcomers to make these God-forsaken regions their home? Answer: You can’t. And if you can’t command them or direct them, how would you entice them? And if enticed, how would you make them stay? There is a reason so few Canadians live there. Other than the sub-zero temperatures and the black flies, that is. They need a viable economy.

Economics compels 80% of us to live in cities. The trouble is, only 5.2% of Canada is arable, and of that only 0.5% is classified as “Class 1,” half of which is found in Ontario. And wouldn’t ya know it, most of it is close to that beacon of mass immigration, the GTA. B.C.’s Fraser Valley is also in the cross-hairs. Canadians have already lost one fifth of this priceless Class 1 farmland to development. Do you propose that that continue? No?

OK then. We’ve ruled out the uninhabitable 94%, and we don’t want to lose any more of our prime arable land. And mass immigration is off the table. So that leaves us with but one option. Pack’em into urban sardine cans.