The Solution to Canada’s Aboriginal Problem: Give Them a Country 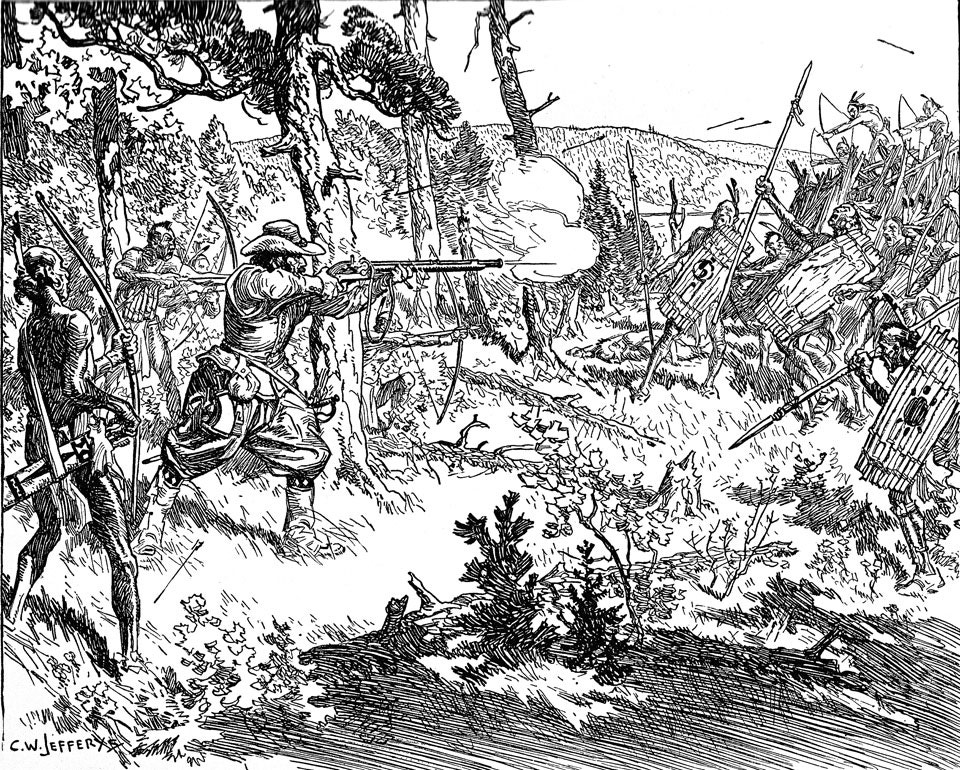 Canada’s aboriginals have been a problem for Canada since the first French settlers were attacked by the Iroquois. The solution is staring us in the face. Since we took their land, we need to give it back to them; and not just a sliver, a lot of it.

Let’s start with first principles. Peoples, that is, ethnic groups, or sub-racial groups, are happiest when they live in their own country. The reverse of this is that ethnic groups are unhappiest, and most likely to indulge in communal violence and civil war, when they are forced to live with and alongside other ethnic groups. There are any number of examples around the world of how this plays out, and is playing out, in the Middle East and elsewhere.

It is certainly true in Canada where the French and English have had an uneasy relationship since the Defeat of Montcalm on the Plains of Abraham in 1759. Quebec came within a whisker of leaving Canada through a referendum in 1995 (49.4% yes, 50.6% no).

It was also true in relations between European settlers and the native aboriginals. Iroquois warriors attacked French settlers in the 1600’s and subsequently Metis (bi-racial) aboriginals were involved in the First and aboriginals in the Second Riel rebellion in Western Canada. Indeed, Canada’s national police force, the RCMP, originally the North West Mounted Police, were formed primarily to curb American rum runners from selling alcohol to Canadian aboriginals.

Since then problems of violence, spousal abuse, child abuse, missing women, alcoholism, drug addiction, diabetes, unemployment and suicide have been endemic in the native community. There are many causes of these problems, but certainly losing more than 90 percent of their land must have something to do with it.

So what is the solution? My idea is to give the “First Nations” enough land, resources and infrastructure to create a viable modern nation. Although native peoples only make up 4.3 percent of the Canadian population, I suggest they be given back a quarter of the country; a giant swath of territory from Labrador around James and Hudson Bay to the oil sands of Northern Alberta and beyond, into the North West Territories. This would give Canada’s aboriginals Quebec’s hydro-electric resources, Manitoba’s salt water port of Churchill and Alberta oil sands; ample space and resources for 1.4 Million people.

What would it give the rest of us, besides peace and tranquility?

First and foremost it would end the possibility of a Third Riel Rebellion, such as is described in the book, Uprising, by Douglas Bland. The fact is that if Canada’s natives ever wanted to seriously disrupt this country, they could easily cut all our electricity transmission lines, major rail lines, oil pipelines, gas pipelines and roads. Read the book and your hair will literally rise on your head.

Secondly, it would put the natives on the side of more development, rather than less. They would want an expansion of both the oil sands and northern hydro, and they would welcome more ice-free days in their port.

Thirdly it would empty many Canadian prisons of their aboriginal inmates. In future they would have to be housed and looked after by this new northern nation. It needs a name, so I’ll call it Abronord, for Aboriginal North. Abronord would also be responsible for aboriginals who had drifted into Canada’s inner cities looking for warmth and welfare. Because of the immense revenues available to Abronord, the social services ministry of the new nation would be able to match or exceed the benefits available in Canada.

Fourthly — and this is particularly important for Canadians — it would establish racial origin as the basis not only for Abronord, but for Canada too. Members of the Alt-Right who currently are casting about for the means to re-Europeanize Canada should welcome an idea which would establish a principle they could rely upon.

Of course all this would mean repudiating existing concepts of Multiculturalism and Charter Rights, but this isn’t a flaw, it’s a feature. The whole idea of First Nations is based on race, so by agreeing in effect to recreating a First Nation, we would also be acknowledging our own need for a nation of European Canadians.

Everybody wins, yes? Let’s try it.