Why the Sun Is Setting in Europe 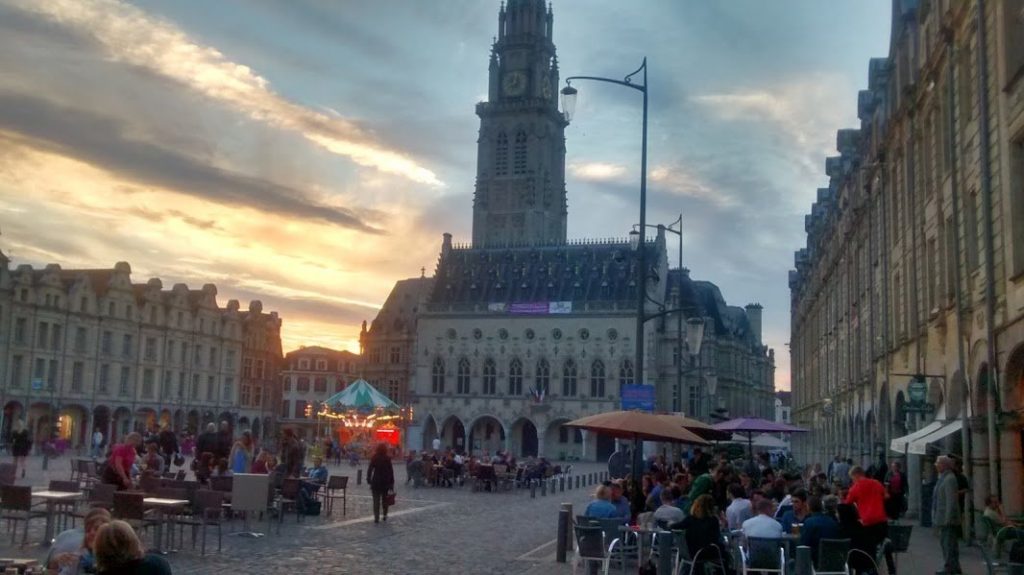 To coin a phrase, the lights are going out all over Europe. The carnival is over. Our civilization is coming to an end. And there’s a reason it is.

There is a trifling amount of butterfat in milk — 3.9 percent in Holstein milk, 5.4 percent in Jersey and Guernsey milk — and yet without it milk tastes like chalk dissolved in water, there would be no French cooking, no butter to put on your bread, no cheese and no milk chocolate from Switzerland. It’s the same with hops in beer; a trace amount transforms barley water into the world’s most popular beverage.

My point is that the key ingredient in some things is critical to their very existence. Take stainless steel for instance. The basic alloy, type 304 (18-8), possesses a minimum of 18% chromium and 8% nickel, combined with a maximum of 0.08% carbon. Take away the chrome and nickel and you don’t have stainless steel anymore.

We know this is also true in biology because of the great discoveries in animal breeding and horticulture where a few individual genetic strains have transformed both plants and animals into stronger, hardier, beefier versions of themselves. And, despite its bad reputation, we know it’s also true with human populations in the branch of science called eugenics. Women tend to marry strong handsome men because they want strong beautiful babies. Women also practice positive eugenics when they abort babies suffering from identified diseases, and for the same reasons, call it eugenics on the micro level.

But what about eugenics on the macro level? What would happen to a society if it selected for passivity and conducted a mass event, or several mass events, to end the genetic lines of the strongest, most aggressive and most virile members of that society? What if we were to call these gigantic, and horrible, human experiments WWI and WWII?

In effect, that’s what Europe did, starting with the heady days of August 1914 when everyone thought the war would be over by Christmas and ending with the end of WWII in Reims in the early hours of May 7, 1945. I mention the city because it’s just 180 kms from Arras, which I’ve pictured last year and three years into WWI. You can see from the colour photo the town square and its impressive City Hall has been completely rebuilt, brick by brick.

What you can’t see are the bodies, now decomposed, and the bones, still there, that lie under the wreckage and under nearby Vimy Ridge to the north. Those bodies were first those of volunteers in the German, British, French, and Canadian armies; the men most ready and eager to fight. Then they’re composed of the conscripts, ready but not eager, who followed. Those who were not healthy young males were excluded from military service. Their bloodlines continued, but the volunteers, the first killed in the first battles, their genetic inheritance returned to the earth, blasted to death, bleeding into the chalk of the Somme.

British historian Niall Ferguson made a similar point two years ago in an interview with BBC History Magazine but he didn’t follow his own argument through to a conclusion. Saying WWI was the biggest error in modern history, he continued:

The cost, let me emphasise, of the first world war to Britain was catastrophic, and it left the British empire at the end of it all in a much weakened state…It had accumulated a vast debt, the cost of which really limited Britain’s military capability throughout the interwar period. Then there was the manpower loss — not just all those aristocratic officers, but the many, many, many skilled workers who died or were permanently incapacitated in the war.

All true, but it wasn’t just the men who were wiped out, it was their genetic inheritance, their contribution to the gene pool of Great Britain. Dead men have no children.

Here I must digress into a brief analysis of the technology and strategy of WWI, first the technology. The invention of the machine gun and its combination with barbed wire made the defence dominant over the offense. This meant, other things being equal, an attacking force suffered far more than a defending force. Now the strategy.

The German advance in 1914 was stopped by the British and French armies despite a superiority in attacking numbers. The Germans then retreated to high ground in Northern France. In Central and Southern France, where they hadn’t attacked, the French found themselves on the high ground. This meant that for most of the war Britain and France were attacking positions the Germans had hardened with deep bunkers, pillboxes and multiple defensive zones. In doing so they suffered catastrophic losses.

Where the Germans were doing the attacking, notably at Verdun, they too suffered massive losses, but even these were minor compared to the bloodletting further north. Meanwhile in the East, the German army defeated the Russian army with trifling losses to itself.

The official figures of losses in the war make no distinction between reserve troops, front-line troops and assault troops. Thus they miss the point I’m making here. More of the Allies best soldiers were killed in the fighting than Germany’s. This fact altered the nature of the combatants in the war that followed a generation later.

A reader of history will recall the pacifism of the British and French after the war; and, on the other hand, the anger of the German soldiers who had held the Allies away from German soil and who didn’t feel they had been defeated. Twenty years later and the Germans were vastly more aggressive than either of the victorious countries because their genetic inheritance was intact.

A Daily Mail story, looking back at the Second World War, had this to say about the British “Tommy.”

Soldiers and NCOs were far more politicised than in World War I. As a result, a certain trade union mentality influenced attitudes as to what could be expected of them. American and Canadian observers were amazed by the British soldier’s expectation of regular tea and smoke breaks. On the first day of the Normandy invasion, many who felt tired after wading ashore believed that they had earned a rest on the beach simply for having survived the landing.

An American liaison officer reported: ‘There was also a feeling among many of the men that, having landed, they had achieved their objective, and there was time for a cigarette — and even a brew-up — instead of getting on with the task of knocking out the enemy defences and pushing inland.’

Implied, but unstated, is the fact these soldiers had very little fighting spirit. Why would they? They were mostly the sons of men who didn’t fight in the first war and so had no genetic inheritance to fight with. This fact accounts for series of British defeats in the war: the evacuation from Dunkirk, the fall of Singapore, the defeat at Tobruk, the stalled front at Caen and the failure of Operation Market Garden (featured in the movie A Bridge Too Far).

The Second War was a repeat of the first only this time the Germans stayed on the offensive until they too, like the British and French in the First World War, ran out of manpower. This time there was no question of Germany being “stabbed in the back.” This time Germany was well and truly defeated, its fighting men killed and their genes returned to the soil, mostly of Russia and the Ukraine. The casualties involved are even worse than officially recorded because as many as one million of the 11 Million captured German soldiers died of starvation, lack of medical care and exposure in Allied (mostly American) camps after the war. This atrocity is documented in the book Other Losses by Canadian author James Bacque.

They appear to be waiting for a new wave of men from a new untouched genetic pool. They are even welcoming this tidal wave of genetic replacement, German Chancellor Angela Merkel being the most welcoming woman of all.

Yes, the sun is setting on the Europe we came from, that we know and love. It’s dying because, where it matters, in the bedrooms of the nations, it is already dead. It was killed in Flanders, at Kursk and in Stalingrad.

When we mourn at the military graveyards in Europe and at the National War Memorial, we should be grieving not for the dead, but for the unborn children, grandchildren and great-grandchildren who will never live, never marry, never have children of their own. We did it to ourselves and now, like sickly plants selected instead of the strong, we face the future disarmed in body and spirit.